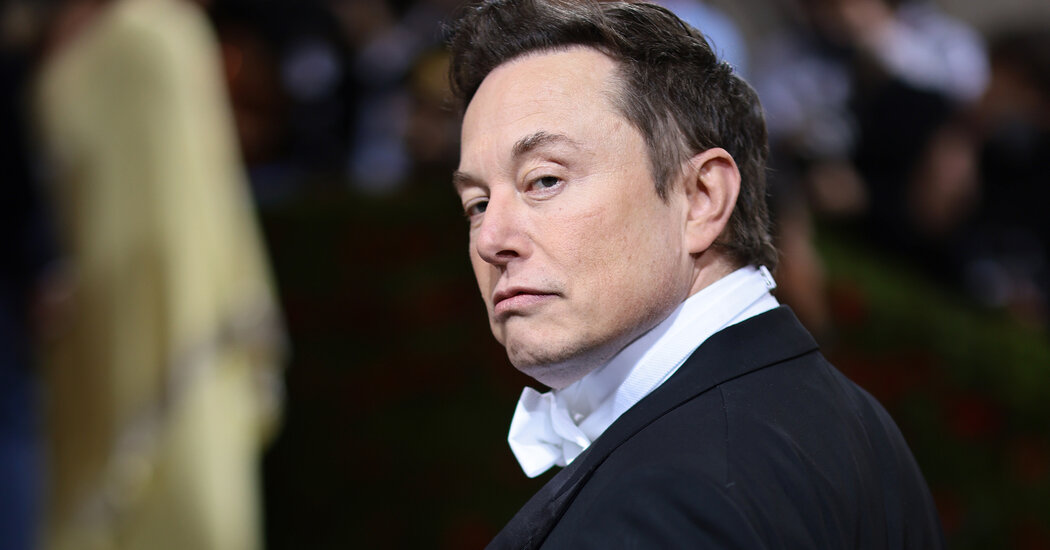 
Hours before a Thursday deadline that Elon Musk had given Twitter employees to decide whether to stay or leave their jobs, the social media company appeared to be in disarray.

Mr. Musk and his advisers held meetings with some Twitter workers whom they deemed “critical” to stop them from leaving, four people with knowledge of the conversations said. He sent out confusing messages about the company’s remote work policy, appearing to soften his stance on not allowing people to work from home before warning their managers, according to those people and internal emails viewed by The New York Times.

All the while, two people said, resignations started to roll in. By the deadline, 5 p.m. Eastern time, hundreds of Twitter employees appeared to have decided to depart with three months of severance pay, the people said. Twitter later announced via email that it would close “our office buildings” and disable employee badge access until Monday.

The exits added to the turmoil at Twitter since Mr. Musk, 51, completed his $44 billion takeover last month. The billionaire has laid off half of Twitter’s 7,500 full-time workers, fired dissenters and told employees that they need to be “extremely hard core” to make the company a success.

On Wednesday, Mr. Musk gave Twitter’s remaining employees just under 36 hours to leave or commit to building “a breakthrough Twitter 2.0.” Those who departed would get the three months of severance pay, he said. He positioned the move as a way to make the company the most competitive it could be, though the action also provided an opportunity to further cut costs and purge the firm of disaffected workers.

The shedding of so many employees in such a compressed period has raised questions about how Twitter will keep operating effectively. While Mr. Musk has brought in some engineers and managers from his other companies, such as the electric automaker Tesla, many of them are just coming up to speed on how the social media service works, five people said.

On Twitter, the hashtag #RIPTwitter began trending as users wondered whether the service would go down. Some people posted memes of gravestones with the epitaph that Mr. Musk had killed the service, while others joked that there was only one employee left. Some users said they were migrating to other social media services.

Mr. Musk and Twitter, which no longer has a communications department, did not respond to requests for comment. But in a tweet late Thursday, Mr. Musk joked about how much he had paid for the social media firm.

Twitter faces not just internal challenges with Mr. Musk’s ownership. On Thursday, seven Democratic senators called for the Federal Trade Commission to investigate whether the company had violated a consumer privacy agreement with the agency since Mr. Musk took over. The letter followed the resignations of Twitter’s security executives last week after Mr. Musk appeared to change some of the company’s data security practices.

Those “reported changes to internal reviews and data security practices” at Twitter have put consumers “at risk,” the lawmakers wrote. They included Senators Richard Blumenthal of Connecticut, Elizabeth Warren of Massachusetts and Cory Booker of New Jersey.

A spokesman for the F.T.C. declined to comment. The agency previously said it was “tracking recent developments at Twitter with deep concern.” Mr. Musk has said he plans to abide by the privacy agreement.

Jeff Seibert, a former head of consumer product at Twitter, called the company’s situation “sad” and “disappointing” and said Mr. Musk’s leadership had caused “confusion” for users, advertisers and employees. Twitter, which has long grappled with harassment and misinformation on its platform, “has been at the center of a maelstrom for a decade,” he said.

After Mr. Musk asked workers to decide whether to stay or go, employees were provided with an F.A.Q. document about exit packages on Wednesday. The F.A.Q., which was viewed by The Times, opened by saying Mr. Musk’s ultimatum was an “official company communication” and “not a phishing attempt.”

“As you have seen, Twitter is at the beginning of an exciting journey,” the document read.

The F.A.Q. added that employees would have to “maximize working from an office” and “work the hours necessary to do your job at the highest level,” including early mornings, late nights and weekends.

On Thursday morning, Twitter’s internal Slack messaging system appeared relatively quiet, according to two employees and logs seen by The Times. Mr. Musk’s team had spent part of this week combing through messages or tweets that criticized him and the company, which led to the firing of about two dozen workers on Tuesday.

Some employees on Slack had questions about severance packages or whether their jobs were “guaranteed” if they agreed to stay “with the new Twitter.” One employee posted lyrics from Pink Floyd’s song “Wish You Were Here” as others asked about the appropriate email addresses for human resource concerns, according to messages seen by The Times.

On Blind, a social platform where anonymous users talk about their workplaces, a poll of nearly 250 people associated with Twitter showed that about 73 percent favored taking the severance package over staying. People who decided to stay still believed in Twitter’s mission of giving people a voice or had visas tied to their jobs or other personal reasons, two people said.

On Thursday afternoon, Mr. Musk sent an email in which he seemed to dial back his stance on working from home. He had earlier said all Twitter employees must come into the office to work at least 40 hours a week.

But in his note, which was viewed by The Times, Mr. Musk wrote: “Regarding remote work, all that is required for approval is that your manager takes responsibility for ensuring that you are making an excellent contribution.”

The email arrived hours after a former Twitter employee had sued the company, claiming Mr. Musk’s new policy discriminated against workers with disabilities.

Minutes later, Mr. Musk sent another email to staff saying managers were on the hook not to lie about strong work as a cover for employees to work for home.

“Any manager who falsely claims that someone reporting to them is doing excellent work or that a given role is essential, whether remote or not, will be exited from the company,” he wrote.

Mr. Musk’s team also held meetings with undecided employees who are key to Twitter’s operations to try to persuade them to stay, three people said. In his pitch, Mr. Musk said that he knew how to win and that those who wanted to win should join him, one person who spoke with him said.

In one of those meetings, some employees were summoned to a conference room in the San Francisco office while others called in via videoconference. As the 5 p.m. deadline passed, some who had called in began hanging up, seemingly having decided to leave, even as Mr. Musk continued speaking, two people familiar with the meeting said.

Some workers found time to crack morbid jokes. In Twitter’s New York office, a giant television in a common space showed a Twitter thread from this week in which a Twitter engineer corrected a statement that Mr. Musk had made about the company. Mr. Musk then fired the engineer.

On Slack, other employees began announcing their resignations. Their farewell notes were greeted with an avalanche of salute emojis.

“I’ve met so many friends here,” one employee wrote in a message seen by The Times. “And will always remember the good times at twtr.”