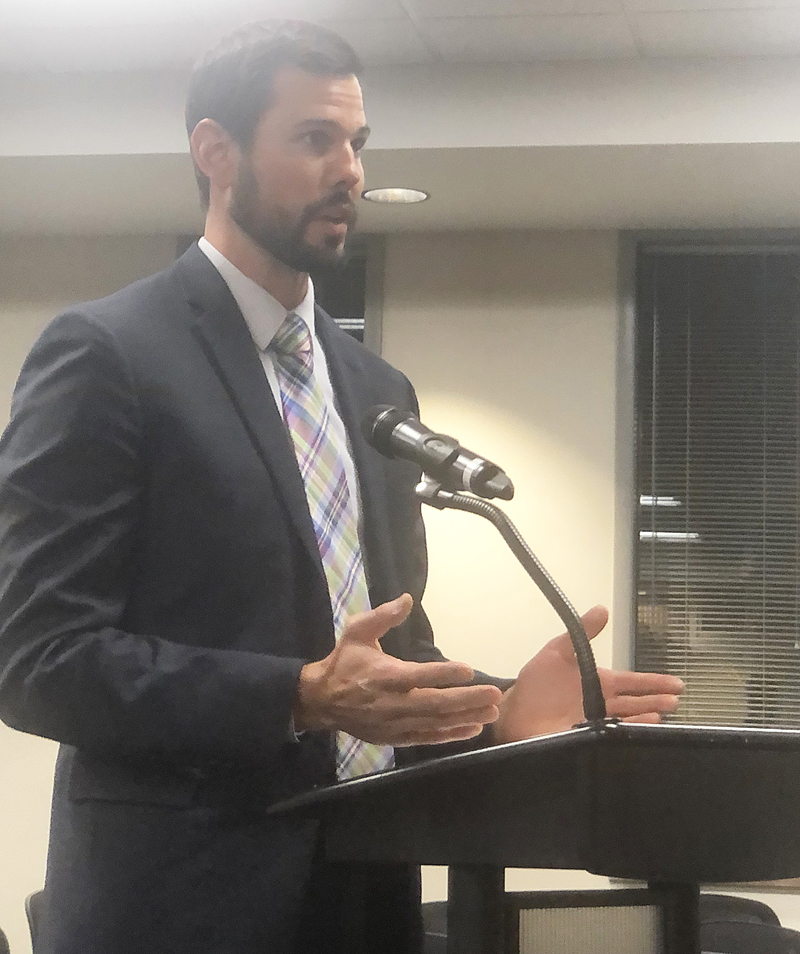 Parkview Kosciusko Hospital is expected to be completed in summer 2023, but Parkview Health isn’t waiting to continue to grow its presence in Warsaw.

On Monday, Parkview Health System Inc. petitioned the Warsaw Board of Zoning Appeals for a use variance to develop healthcare facilities along CR 200N in an Industrial-2 district that would include an ambulatory surgery center and a medical office building.

The parcel is surrounded by I-2 zoning and has been part of Parkview’s expansion plans since expanding to Warsaw, Assistant City Planner Bekah Schrag said at the BZA’s meeting Monday. There is a lack of medical-zoned parcels that Parkview could expand to and this parcel is located near their existing facilities. They plan to extend Mariner’s Drive north to connect to CR 200N, which will aid in any additional traffic, she said.

“Based on the lack of available medical-zoned parcels and the information provided, I recommend the Board approve this variance to allow medical use in an I-2 zoning district located on this parcel along CR 200N,” Schrag said.

“We’re here, as Bekah suggested, to obtain a use variance with your approval in order to develop the I-2 zoned site for healthcare purposes. This would consist of a medical office building, which is currently under design, as well as an ambulatory surgery center, which would – we anticipate – begin design early next year,” Hoffman said.

Board Vice President Rick Keeven asked  if they were all new facilities and Parkview was not “moving something from one place to another?”

“Your footprint is getting bigger?” Board member Jeff Johnson asked.

“Yes, that is correct. This would essentially be an extension of the hospital, which is located to the south,” Hoffman said.

Asked if there would be any signage, Hoffman said there will be signage but there’s none currently proposed specifically so they will adhere to ordinance requirements. If excess signage was needed, Hoffman said they’d come back to the Board for approval.

With no remonstrators, Johnson made a motion to approve the variance, Smith seconded it and it was approved 4-0. Member Tammy Dalton was absent.

In other business, the Board approved:

• Elizabeth Malagon’s petition for a variance from development standards to allow approximately a 6-foot setback for a garage in a Residential-2 district at 1835 Rieder St.

The surrounding area includes residential and some commercial to the north. Multiple residential properties have setbacks of less than 15 feet for accessory structures along Tippecanoe Drive. Based on images provided, Schrag said the garage will meet vision and clearance standards of being at least 10 feet off the edge of a travel surface.

The petitioner lives at this property and has experienced vandalism on a new vehicle. After installing cameras, the petitioner’s car was vandalized again and the perpetrator was unidentifiable. The intent of the garage is to reduce opportunities to vandalize parked vehicles, she said.

Schrag recommended the BZA grant the variance for the garage with a setback of about 6 feet, and the Board did so.

• Mary Hartle’s petition for a variance from development standards to allow a front setback of less than 1 foot at 1818 E. Market St. in a Commercial-2 zone for a residential addition.

The surrounding properties include other residential, commercial and industrial uses. Hartle lives at this property and wants to add a front porch as well as a storm shelter since the property does not have a basement nor proper protection from dangerous storms.

The adjacent property to the east has a setback of less than 1 foot and it would not be out of character for this property to also have a similar setback, Schrag said.

Based on the information, Schrag recommended the Board grant the variance, which it did.

• Alex Frantz’s petition for a variance from development standards to allow a fence in a front yard at 518 W. Porter St. in a Residential-3 district.

The proposed decorative fence will be 48 inches tall and aid in keeping animals in the yard. Frantz wants to create a fenced yard for his dogs and the front yard contains most of the grass on the parcel. The right side of the property abuts an alley and has a side setback of 3 feet. If approved, the fence will not be closer to the alley than the existing structure and must comply with all other vision and clearance requirements.

It was recommended by Schrag that the BZA approve the variance and they unanimously did.


Please fill out the form below to submit a comment.