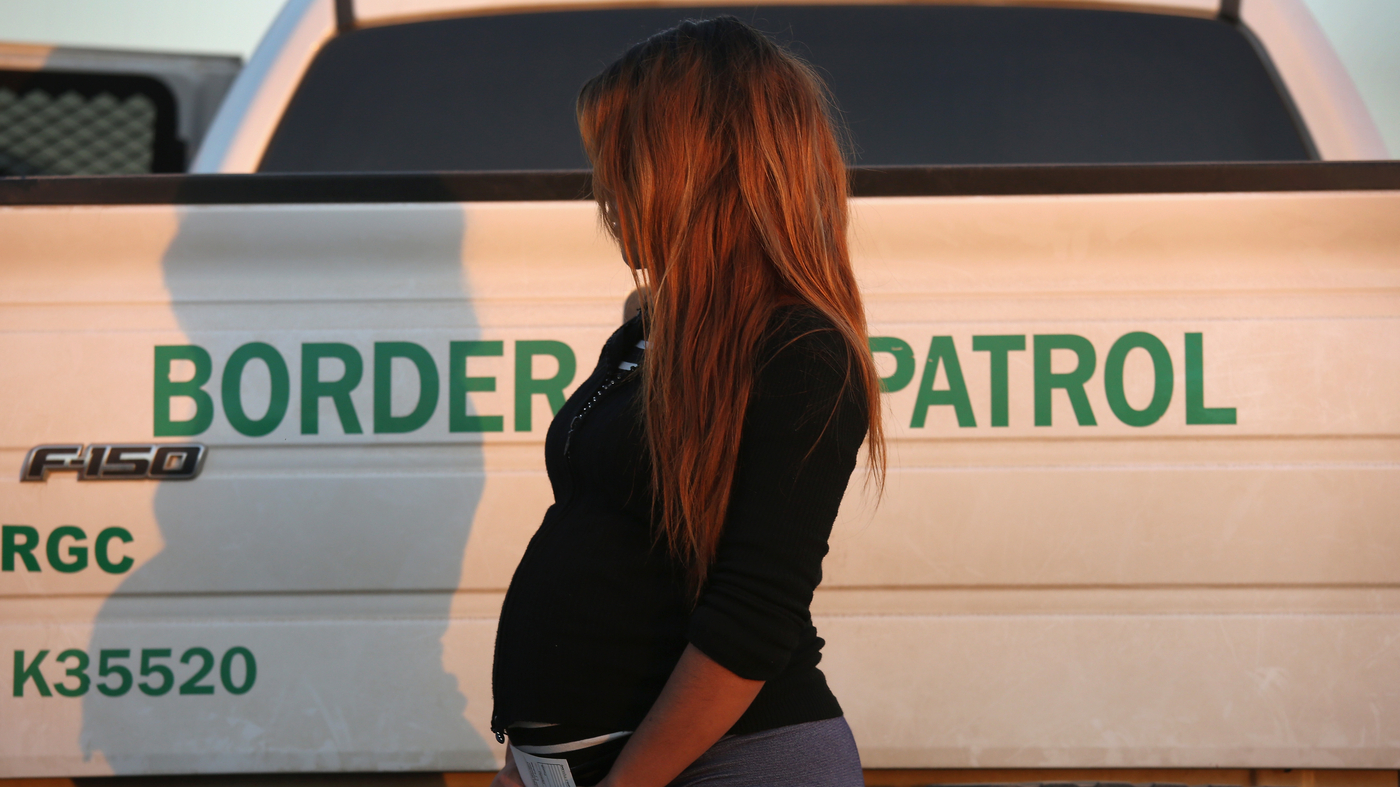 An immigrant from El Salvador, seven months pregnant, she said, stands next to a U.S. Border Patrol truck after turning herself in to border agents on Dec. 7, 2015, near Rio Grande City, Texas.

An immigrant from El Salvador, seven months pregnant, she said, stands next to a U.S. Border Patrol truck after turning herself in to border agents on Dec. 7, 2015, near Rio Grande City, Texas.

One 27-year-old Guatemalan woman said she had no other option but to give birth while holding a garbage can at a Southern California Border Patrol station. A Nicaraguan mother said agents denied her 6-month-old son medical care while he suffered from respiratory problems that caused pneumonia.

These are two cases that the American Civil Liberties Union cited in a letter to the U.S. Customs and Border Protection agency on Friday.

The organization — along with 136 additional advocacy groups and medical professionals — has urged CBP to expedite the intake proceedings for women and others who are pregnant, postpartum or nursing as well as infants.

“Given their reproductive health needs and the acute medical conditions that can come up, they should be prioritized for release on the minimum amount of time necessary for basic processing,” Shaw Drake, an ACLU senior policy counsel on border and immigration issues, told NPR. “And in no case should that be more than 12 hours.”

Those attempting to enter the U.S. who are taken into custody at the border are usually meant to be in CBP facilities for only a short time while they are processed, given a place in the queue of U.S. immigration court cases, and released. But Shaw said migrants can often be held in CBP detention facilities for more than three days.

Meanwhile, this past year, Immigration and Customs Enforcement, which handles immigration enforcement in the interior of the U.S., revised its own policy. New guidelines call for the agency to no longer detain, arrest or take into custody those who are pregnant, postpartum or nursing except in rare circumstances.

CBP declined to comment on the ACLU’s accusations, but told NPR it offers a spectrum of services and support for people who are pregnant, postpartum or nursing in detention facilities. The agency says its practices include conducting welfare check-ins every 15 minutes, providing diaper changing stations and ensuring privacy to mothers who are breastfeeding.

Dr. Allison Estrada, a physician in San Diego who joined the ACLU letter, said she would often hear about a lack of access to showers, bathrooms, fresh food, or safe place to care for wounds from her pregnant patients who were held in detention centers.

“When I think about the lack of basic needs for these women and young children in a very delicate time in their lives, detention is absolutely not safe,” Estrada told NPR.

Last year, 11 U.S. senators, including Richard Blumenthal of Connecticut, expressed similar concerns to the Department of Homeland Security and asked the agency to limit the time pregnant and postpartum people are held in custody.

This spring, CBP commissioner Chris Magnus said in a letter to Blumenthal that the agency shares the desire and plans to process vulnerable groups “as quickly as possible.”

But months later, there has yet to be a formal change in policy, according to the ACLU’s Drake.

The ACLU letter has also asked the federal agency to release pregnant and postpartum people, along with their families, after they have been admitted and discharged from an offsite hospital rather than transferring them back to the detention facilities.