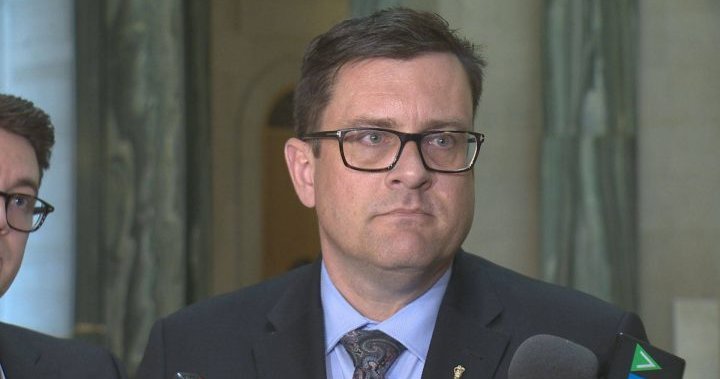 
A report from the Canadian Institute for Health Information (CIHI) is shedding new light on the length of surgical wait times in Saskatchewan, a topic that has become a significant focus for the provincial government in recent months.

The CIHI report shows that, specifically when it comes to knee and hip replacements, people in Saskatchewan waited longer for procedures on average than those in any other province.

The median wait time for hip replacement in Saskatchewan was 234 days, and for knee replacement was 416 days.

Canada-wide, those figures drop to 134 and 159, respectively.

The time frame for data collection was April 1 to Sept. 30.

Saskatchewan Health Minister Paul Merriman was asked Tuesday about the results of the report, which focused on how the first 18 months of the pandemic affected wait times for surgeries, MRIs and other procedures.

“Those numbers are a bit of a concern,” Merriman said, pointing to pandemic-related service slowdowns as a potential contributing factor.

“But what we’ve seen since that time is that we’ve been able to increase our capacity. We’re at about 93 per cent overall in the province.”

CIHI data shows, though, that between April 1 and Sept. 30, 2019, only four per cent more people received hip replacement surgery within 26 weeks than over the same time period in 2021.

Merriman admitted Tuesday that long surgical wait times are not a pandemic era problem specifically, and doubled down on his government’s promise to decrease wait times to 3 moths on average by the end of the decade — including by expanding access to publicly-funded private orthopedic surgery in the province.

“Probably in early summer we’re going to announce an RFP for hips and knees out of Saskatoon so this is certainly going to help out with the orthopedic side.”

Merriman didn’t have a specific timeline for when a contract might be awarded but said he’s hoping for “a very quick turnaround”.

“We’ve been talking to some of the private surgical centres to be able to see what their capacity is, and what they need as far as scope. We want to make sure we have all of our surgical capacity moving as fast as we can.”

Another Saskatchewan resident brings story of surgery delay to legislature

The pledge to reduce Saskatchewan’s 35,000-person strong surgical waitlist has been one oft-heard at the legislature in recent months.

The opposition NDP has repeatedly made the issue a subject of question period debate and brought several individuals to the legislative building to share their own stories of waiting for surgery.

“It’s also worth noting that the numbers only capture up until September 2021. It doesn’t even capture that period where our health-care system was most overwhelmed by COVID-19,” he said, reiterating his belief that better pandemic management could have lessened the impact of the fourth wave.

“I’m deeply concerned about what we’re going to see the next time we see these numbers.”