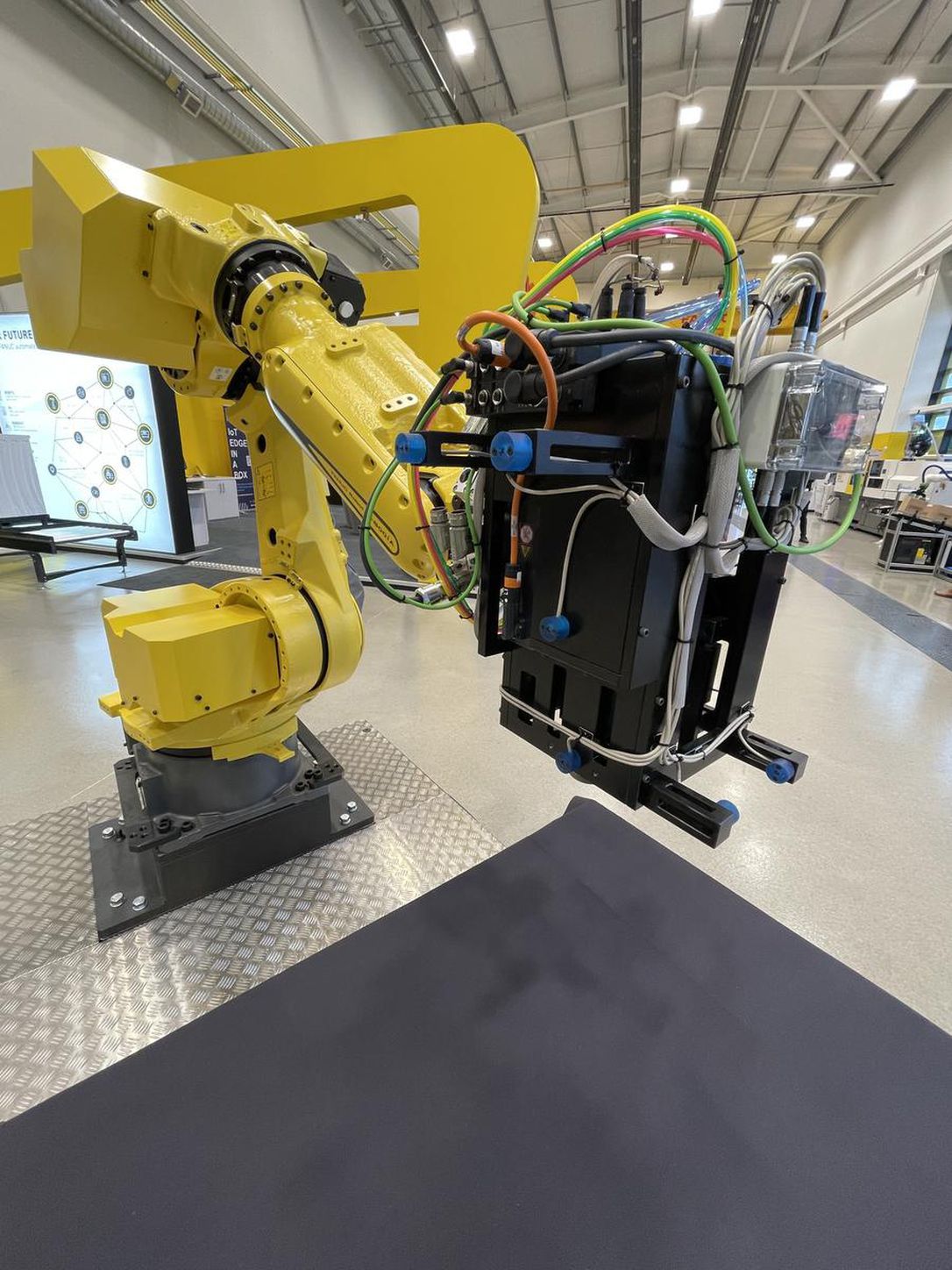 
As far as Roger Holden is concerned, Canada and his native Britain have a lot more in common than a shared head of state.

“Canada and the U.K. are both industrial countries that have a similar demographic challenge,” says Holden, director of True Position Robotics in Nottingham, U.K. “Younger people don’t want to go to work drilling and riveting manually on the shop floor; they want to work at a computer screen and get a robot to do that, and themselves be doing higher-skill work — and that’s exactly where our technologies lie.” That squares nicely with Canada’s overall ambitions for the advanced-manufacturing sector, which aim to grow manufacturing sales to $1 trillion by 2030, as well as build out Canada’s talent pool and foreign connections.

The transatlantic connection makes sense. Both countries have seen a surge in recent years in advanced-manufacturing growth. In Ontario alone, half of all factory jobs created since 2010 are in advanced manufacturing, helping to drive a 16 per cent increase in factory output. The federal government projects that at least 60,000 new advanced manufacturing jobs will be added to the Canadian economy over the next 10 years.

There are, however, challenges facing Canada’s advanced-manufacturing sector — in particular, a shortage of skilled labour, uneven adoption of new tech by manufacturers and a relatively sluggish rate of foreign investment.

Yet new technology is rapidly changing the nature of manufacturing in both countries, which Holden and others hope will open up new opportunities for international trade and collaboration.

That’s particularly the case in fields such as aerospace. This is a sector in which small and medium-sized manufacturers form a critical part of the manufacturing supply chain — and often pioneer the most innovative new processes. It’s also one in which both Canada and the UK are global leaders. (Canada has more than 700 companies in the aerospace manufacturing sector, ranking third globally in civil-aircraft production).

“Historically, aerospace is pretty conservative, and for very logical and necessary reasons,” says Moira Harvey, executive director of the Ontario Aerospace Council. “Obviously everything has to be safe when we’re transporting people.” But, she adds, that means that startups, rather than the large established players, are often the ones coming up with the most innovative and creative new manufacturing processes.

That kind of innovation is exemplified by other participants in the MaRS residency.

Loop Technology, based in Dorchester, UK, and founded in 1998 by husband-and-wife team Alun and Samantha Reece, focuses on composite manufacturing, robotics and “machine vision” (what it sounds like, essentially). It also works in high-rate preforming, a process in which carbon composites are layered to build objects such as wing skins for airplanes.

“Our systems were designed very much with aerospace in mind, where the build tolerances for components are very, very stringent,” says Alun Reece. The company hopes to turn those technological innovations into an entry point in the Canadian aerospace ecosystem.

There there’s Wayland Additive, a company that essentially uses an electron beam to melt and fuse together a fine metal powder into complicated free-form shapes. That technology is particularly well-suited to building structural parts for aircraft, says Wayland Additive CEO Will Richardson.

“One of the key technological breakthroughs that we’ve introduced is a technology which effectively neutralizes the negative charge created by the electron beam,” Richardson says. “Without getting too technical, that means that process is a lot more stable, a lot more productive and a lot more possible to work with a wide range of materials.”

According to Richardson, doing business in Canada is an easy transition coming from Britain, making for an easy entrée into North America broadly. “They’re both commonwealth countries, with a lot of high-tech and resources industries, and a shared culture in many ways,” he says. The company made its first Canadian sale last year, selling its Calibur3 additive manufacturing system to a Calgary-based company called Exergy Solutions, which develops engineering solutions to reduce the carbon footprint of the oil-and-gas industry.

“We’ve also got some additional introductions thanks to the residency,” says Richardson, “and some early interest from potential new customers.”

Harvey, of the Ontario Aerospace Council, isn’t surprised to see foreign outfits seeking opportunity in Canada’s aerospace sector. “We’ve got 15 of the of the world’s top 25 aerospace companies with a base of operations in Ontario alone,” she says. “And if you talk to them, nine times out of 10, they will tell you it’s because of the talent pool. So, there’s a big client base, and a big talent base to build on here for companies looking to expand.” Aerospace has taken a major hit during the pandemic, she adds. But as it recovers, “we’re looking at how to bring that talent pool back to life in 2023, ’24 and beyond.”

Loop is focused on North American expansion for a simple reason. “We’ve designed our capabilities for single-aisle platforms like Airbus A320 or Boeing 737-sized aircraft,” says Reece. “Boeing is 50 per cent of that market, and Boeing’s homeland is North America, and then there’s that whole supply chain, and the manufacturing tiers below them.”

But Reece also points to “urban flight mobility” — drones, small helicopters electric aircraft and, looking to the future, the potential development of commuter aircraft and air taxis. Canada is home to a number of small players in this space, and North America in general is the global hub of that emerging sector the aerospace world. “We want to be where those kinds of emerging opportunities are,” says Reece.

And he is — the residency has already led to new connections and opportunities, including a potential deal with a Canadian aerospace outfit. More pitches, more customers and more deals are likely in the future, he says.

For Wayland Additive’s Richardson, Canada is a foothold in North America that presents an easier cultural bridge than breaking into the U.S. “There’s a real opportunity to something in Canada that’s easier and more comfortable,” he says. “Thanks to those historic links between us, our legal structure, our culture, our shared understanding, we just get one another, and it feels natural to do business here.”

Matthew Halliday is a freelancer who writes about technology for MaRS. Torstar, the parent company of the Toronto Star, has partnered with MaRS to highlight innovation in Canadian companies.

Disclaimer This content was produced as part of a partnership and therefore it may not meet the standards of impartial or independent journalism.