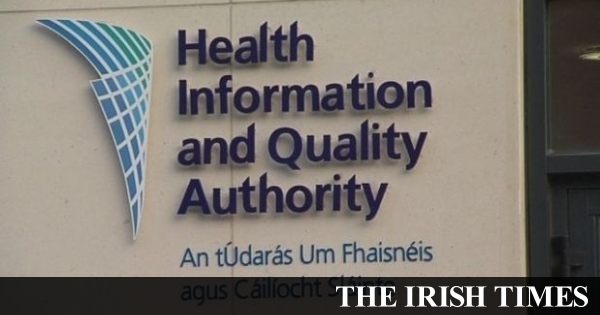 
Significant improvements were required at a nursing home in Co Donegal to ensure residents’ rights to privacy and dignity are upheld, a report from the State’s health watchdog has found.

An inspector from the Health Information and Quality Authority (Hiqa) said some staff at Harbour Lights Nursing Home in Bruckless did not knock before entering a resident’s bedroom.

Other staff did not ensure that privacy curtains were fully drawn around residents’ beds in multi-occupancy rooms when they were getting up in the morning.

“This was a particular concern as some bedroom doors had small windows through which residents could be observed going about their daily routines and there were no blinds to provide privacy when required,” the report said.

The unannounced inspection, which took place in March, found the nursing home was not compliant in nine out of 17 regulations.

Of the 61 inspection reports on nursing homes published by Hiqa on Monday, 35 of them had instances of non-compliance.

Inspectors at the Harbour Lights Nursing Home found that residents received care and services from a well-established staff team who knew them well but that “significant improvements” were required to ensure that each resident’s rights to privacy and dignity were upheld and that care was person centred.

The layout of a number of the multi-occupancy rooms was not suitable for the number of residents accommodated in the room as the resident did not have adequate space and privacy to carry out personal activities in private, they found.

In addition, in some of the rooms the resident was not able to access their personal belongings or use the hand washbasin without encroaching on another resident’s bed space.

Inspectors also noted that the centre had experienced “a significant outbreak” of Covid-19 in February 2021, with 35 residents and 11 staff confirmed to have contracted the virus.

“It was evident on the inspection that residents and staff in the designated centre has been through a challenging time,” the report said.

“A resident who had contracted the virus told the inspectors that they had not been seriously unwell but that they had been very frightened. Residents acknowledged that staff and management had their best interest at the forefront of everything they did during the outbreak and since.”

Staff described how the team had worked additional shifts to ensure that there were enough on duty to care for the residents and to reduce the need to bring in agency staff.

“Some staff said that they were tired and looking forward to taking some annual leave,” the report added.

Separately, a Hiqa inspection of Sonas Nursing Home Riverview, in Ballina, Co Mayo found that a number of residents complained there was “not much to do during the day”.

time for them,” the report said.