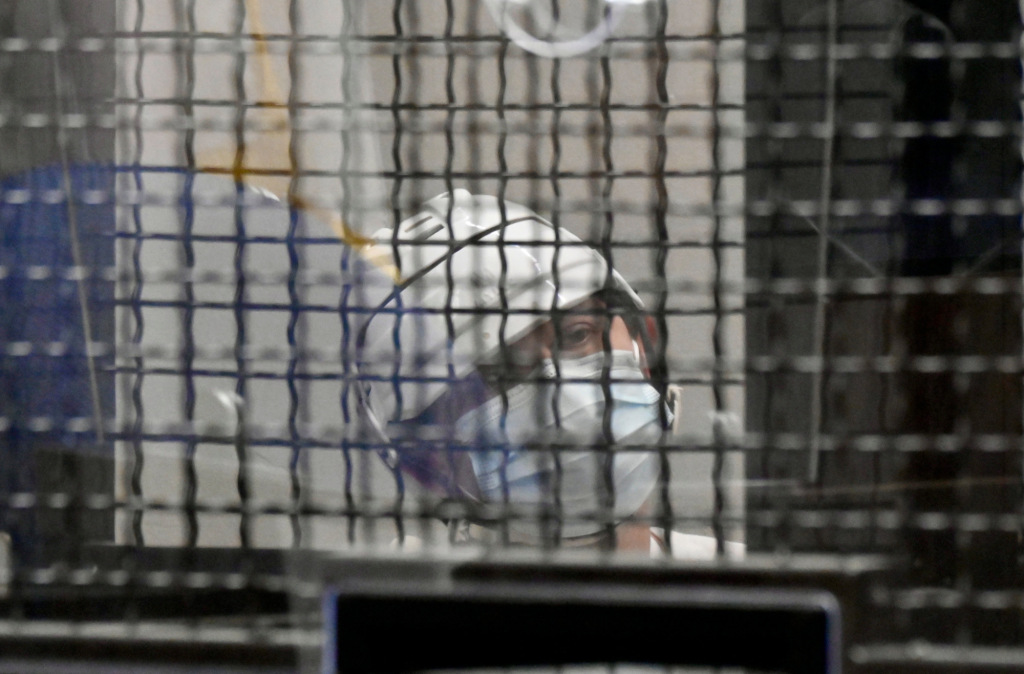 
An Orange County judge is allowing prosecutors to subpoena medical records of a man accused in a mass shooting at a real estate office in Orange, as the court weighs whether the alleged shooter is mentally competent to stand trial.

Criminal proceedings against Aminadab Gaxiola Gonzalez are currently suspended while two court-appointed doctors carry out evaluations of Gonzalez to determine if he is capable of understanding the charges he is facing and assisting with his own defense.

According to recent court filings, prosecutors are also considering the appointment of another medical expert to examine Gonzalez and to look over his medical records in order to determine whether he has suffered neurological trauma. Defense attorneys have countered in their own court filings that Gonzalez has a right to privacy regarding his medical records, arguing they should’t be turned over to the prosecution.

On Friday, Orange County Superior Court Judge Cheri Pham declined a defense request to block the subpoenas seeking medical records. Judge Pham described the prosecution’s request as “narrowly tailored,” since it focused on records since Gonzalez’s arrest, rather than a “fishing expedition.”

Assistant Public Defender Ken Morrison during the hearing raised concerns that prosecutors could use information in the records to get a tactical advantage in the case. The DA’s office has not yet indicated whether it will seek the death penalty, while Gonzalez’s attorneys have not yet signaled whether they would pursue a mental health defense such as a not guilty by reason of insanity plea.

If the judge were to determine that Gonzalez is not currently competent to stand trial, he would likely be sent to a state hospital for treatment for up to three years before his condition is re-assessed. If he is later found competent, the criminal case would resume.

Gonzalez is charged with the special-circumstances murders of Jenevieve Raygoza, 28; Luis Tovar, 50; Leticia Solis Guzman, 58; and Matthew Farias, 9; as well as the attempted murder of Matthews’ mother, Blanca Ismeralda Tamayo, and for allegedly shooting at two police officers who were not injured.

Prosecutors allege that on March 31, 2021, Gonzalez went to the offices of Unified Homes, a real-estate company in Orange. Police say he entered the building on West Lincoln Avenue armed with a Glock semi-automatic handgun and opened fire. They also allege he brought a backpack with pepper spray, handcuffs and bicycle cable locks he used to secure the gates to the business complex.

Two officers responded within minutes, police said, and Gonzalez was struck and injured during the ensuing exchange of gunfire. Tamayo, the sole survivor of the shooting spree, spent more than a month in a hospital.

Police have not identified an exact motive for the shooting, though that have publicly indicated that is believed to have stemmed from a personal and business relationship between Gonzalez and the victims. Gonzalez is the husband or ex-husband of a former employee at Unified Homes.

Gonzalez is scheduled to return to court on Sept. 3.