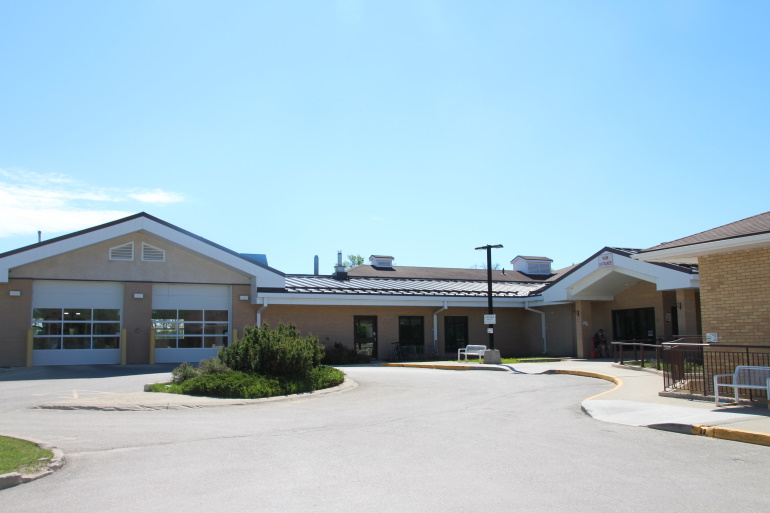 
Portage District General Hospital Foundation executive director Tara Pettinger visited the local Rotary club’s virtual luncheon meeting this week. She outlined where the foundation is at with its efforts to bring a new hospital facility to our city.

Pettinger says the importance of the facility is evident with its 88 beds to provide a wide variety of acute services and the ER has continued year after year to see some of the highest volumes of visits in our region, where the hospital is one of three. She notes a study was made to reveal the need for a major change.

“Within that study, as you can imagine, there were significant building and functional deficiencies that were identified, and the majority of the spaces were in fair to poor conditions,” continues Pettinger. “50 to 75 per cent of the existing facility was deemed beyond a reasonable recommendation for renovation to current standard. So, there are ongoing issues with the facility. When I go in there after a weekend, and staff at the hospital have been on-call, it’s not unusual to hear staff explain that pipes burst this weekend in the ER. They might have had a pipe burst down in the OR. That really, obviously, impedes patient care, which is just not ideal.”

She says it’s unreasonable to think that employees can continue working in such an environment and not find it difficult.

“And that is on top of the difficult work environment that our health care is facing right now,” adds Pettinger. “It’s really a key time where I think that these issues within our hospital are really amplified. The architectural study was massive.”

Pettinger says some of the glaring issues include confusion for those who visit the Emergency Room.

“There are sightline issues when you go in to get triage,” says Pettinger. “You’re not even in a closed confined space. You have two walls and you have a curtain, and that is not a confidential space. The surgical theatre size is 333 square feet. For the actual standard, it should be 590. We’re significantly undersized in our actual theatre sizes as well as the recovery space.”

She explains the ability to offer barrier-free washrooms is not there for those in recovery, and an enlarged space is very significant to recovery in the ICU.

“Our washrooms are significantly undersized,” adds Pettinger. “That is the space in the hospital where a single room should be 276 square feet based on the current standards, and we have double rooms that are 252 square feet. So, our double rooms are under what a current single room standard is, which is just not okay.”

Pettinger says healthcare standards are ever-changing and it’s not something that any facility can completely keep up with.

“However, there are some things that we are just way too far past and just can’t sit the way they are any longer,” says Pettinger. “For anybody who’s been involved with trying to go to diagnostics or the lab, you can see that that entrance has been closed for a very long time because of the way the roof is overhung, and it creates entry difficulties. Therefore, you have to go in and you have to go back through the back of the lab, which just doesn’t create good flow. In our rehab areas, when we want to buy new wheelchairs or new walkers, you’re probably going to have that in your office now because there’s just no storage space for that. And patient kitchenettes are being shared with nursing support areas where they’re trying to do filing and documentation.”

She outlines more of the reasons for a change.

“On the medical section, in many of those areas, the only bathing station is downstairs,” continues Pettinger. “So, if you are upstairs, you need to be transported all the way down for your bath. There’s just nothing about it that is ideal. Medical is another one where the double rooms are under the standard size for a single room now. In dialysis, we have nine stations and the lack of isolation for when there are six sick patients receiving dialysis, as well as the waiting room is isolated from where dialysis treatment is happening. Therefore, for nursing staff, it’s really difficult to monitor those waiting as well.”

Pettinger also explains how the helipad route for patients flown into the hospital or those who must be flown out can only use the hospital’s stores entrance.

“So, where delivery trucks drop off their stuff, that’s the door that STARS has to come in,” notes Pettinger. “So, not really an ideal route, obviously. And then parking. Parking is the one that probably anybody who frequents or goes to the hospital — it’s always a big issue.”

She adds that if you show up at the hospital and mobility is an issue, your vehicle must be parked quite a distance away from the front entrance, disallowing you to come on your own with need of being dropped off.