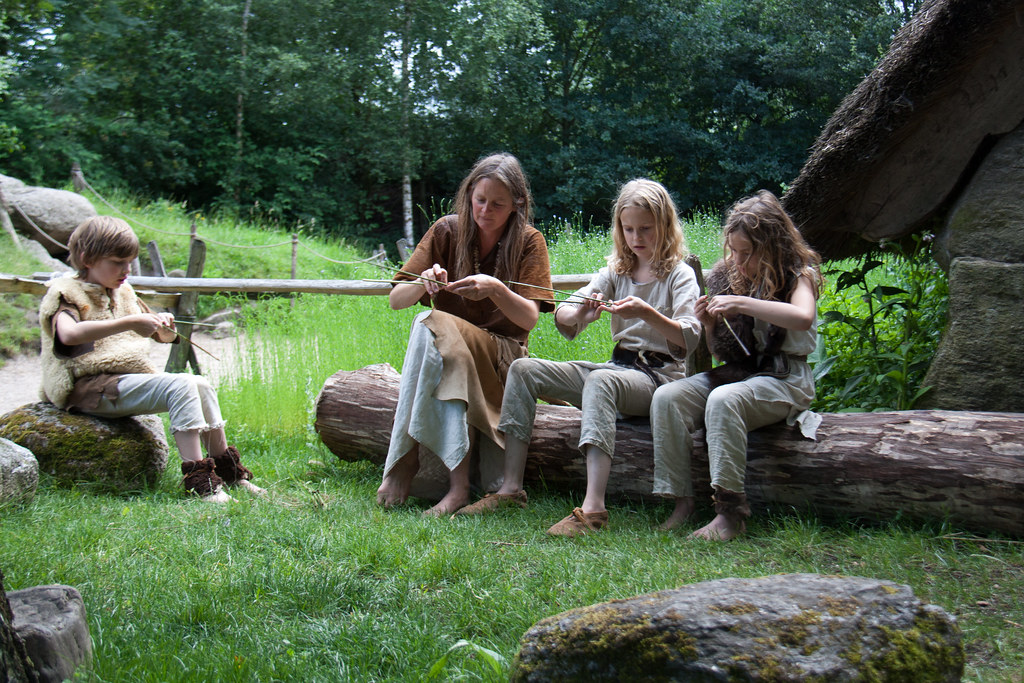 
Although they were set apart in cultural customs, architectural preference, and art, the earliest bronze-using civilizations from Europe were quite similar from a genetic standpoint, a new paper reports.

The exact details of the Early Bronze Age civilizations across the world aren’t always clear — and the peoples living around the Aegean Sea are no exception to this. One theory regarding this period is that these groups — mainly the Minoan, Helladic, and Cycladic civilizations — were introduced to new technology and ideas by groups migrating from the east of the Aegean, with whom they intermingled.

However, new findings show that these groups were very similar genetically, which wouldn’t support the idea that an outside group was present and overwhelmingly mixed with the locals, at least during the Early Bronze age (5000 years ago). In turn, this would mean that the defining technologies and developments of this era, the ones that took us from the stone to the copper/bronze age, were developed in the Aegean Sea region largely independently of outside influences. That being said, the team does report finding genetic evidence of ‘relatively small-scale migration’ from the East of this area.

“Implementation of deep learning in demographic inference based on ancient samples allowed us to reconstruct ancestral relationships between ancient populations and reliably infer the amount and timing of massive migration events that marked the cultural transition from Neolithic to Bronze Age in Aegean,” says Olga Dolgova, a postdoctoral researcher in the Population Genomics Group at the Centre Nacional d’anàlisi Genòmica (CNAG-CRG), and a co-author of the paper.

The transition from the late stone age to the early bronze age was mediated (and made possible) by the development of ideas such as urban centers, the use of metal, an intensification in trade, and writing. History is rife with examples of people moving around and spreading ideas as they go, so the team set out to understand whether the Early Bronze Age in the Aegean area was made possible by such a movement of people and ideas.

To find out, they took samples from well-preserved skeletal remains at archaeological sites throughout this region. Six whole genomes were sequenced, four of them belonging to individuals from the three local culture groups during the Early Bronze Age, and two from the Helladic culture. Furthermore, full mitochondrial genomes were sequenced from 11 other individuals who lived during the Early Bronze Age.

This data was pooled together and used to perform demographic and statistical analyses in order to uncover the individual histories of the different population groups that inhabited this area at the time.

The findings seem to suggest that early developments were in large part made locally, most likely growing on top of the cultural background of local Neolithic groups, and weren’t owed to a massive influx of people from other areas.

By the Middle Bronze Age (4000-4,600 years ago) however, individuals living in the northern Aegean area were quite different, genetically, from those in the Early Bronze Age. Half their lineage traced back to people from the Pontic-Caspian steppe, an area spanning to the north of the Black Sea from the Danube and to the Ural river. By this point, they were already highly similar to modern Greeks, the team adds.

In essence, the findings suggest that immigration started playing an important role in shaping local genetics after the peoples in the Aegean area had already transitioned from the stone to copper/early bronze age. With that in mind, these influxes precede the earliest known forms of Greek; this would suggest that although immigration didn’t play a large part in shaping technology and know-how during the early bronze age, it did play a central role in cultural matters as time went on, such as the emergence and evolution of Proto-Greek and Indo-European languages in either Anatolia or the Pontic-Caspian Steppe region.

“Taking advantage [of the fact] that the number of samples and DNA quality we found is huge for this type of study, we have developed sophisticated machine learning tools to overcome challenges such as low depth of coverage, damage, and modern human contamination, opening the door for the application of artificial intelligence to paleogenomics data,” says Oscar Lao, Head of the Population Genomics Group at the CNAG-CRG, and a co-author of the paper.

The advent of the Bronze Age in the Aegean region was a pivotal event in European history, one whose legacy still shapes much of its economic, social, politic, and philosophical traditions — and, by extension, the shape of the world we live in today.

Despite this, we know precious little of the peoples that made this transition, how they fared over time, or how much of them still resides in the genomes of modern-day groups such as the Greeks. The team hopes that similar research can be carried out in the Armenian and Caucasus regions, two regions ‘to the east of the Aegean’. A better understanding of peoples here could help further clarify what was going on in the Aegean at the time, helping us better understand the evolution of local technology, languages, customs, and genetic heritage.

The paper “The genomic history of the Aegean palatial civilizations” has been published in the journal Cell.