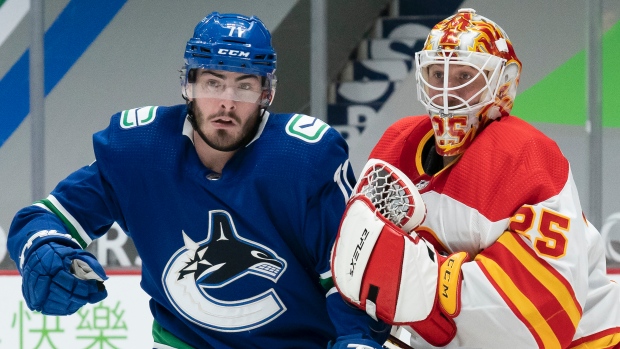 
Wednesday’s game between the Vancouver Canucks and Calgary Flames has been postponed as a result of two Canucks players as well as a member of the team’s coaching staff entering NHL COVID protocols.

On Tuesday, Canucks forward Adam Gaudette tested positive for COVID-19 and was pulled off the ice during practice after the team learned his test result.

He was the only Canucks player absent from Wednesday’s team skate.

Another Canucks player was added to Wednesday’s NHL COVID list after it was released at 5 p.m. ET.

TSN respects the health privacy rights of athletes, and our editorial policy prohibits the reporting of health information surrounding COVID-19 unless confirmed by the athlete, their representative, or organization.