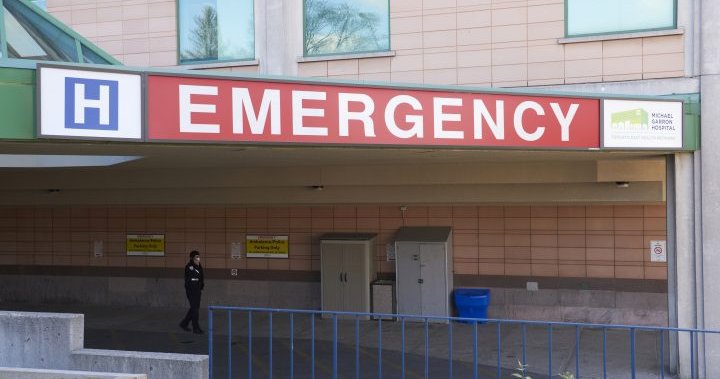 
The Ontario government is moving to activate an “emergency brake” for four weeks across the entire province in response to rising COVID-19 cases and strained capacity at intensive care units, multiple sources tell Global News.

While the move came after an hours-long meeting of the Ontario cabinet on Wednesday, several health-care professionals in the province have pleaded for government intervention in recent weeks.

Many of the logistical details were still being sorted out Wednesday night. However, government and political party sources said the emergency measure, as of Wednesday night, would take effect as of 12:01 a.m. on Saturday.

The sources said the restrictions will generally be similar to what is seen in the grey lockdown level of Ontario’s COVID-19 response framework.

Under the plan, indoor and patio dining will be banned and restaurants can only operate with takeout and delivery options.

When it comes to retail businesses deemed “non-essential,” multiple sources said those are expected to remain open with 25 per cent of the approved capacity.

Multiple sources also said Ontario’s schools would likely remain open after the Easter weekend until the April break, which is scheduled for the week of April 12. However, the exact details of that plan weren’t firm as of late Wednesday. They added a decision hasn’t been made on what will happen after the break as that will depend on further information from public health officials.

The sources, who weren’t authorized to speak publicly, also emphasized the details were current as of Wednesday evening and could be the subject of change before the announcement is officially made on Thursday.

2:50
Canadians urged not to gather for Easter long weekend

During a news conference earlier in the day, Premier Doug Ford hinted restrictions were coming.

“Stay tuned. You’ll hear an announcement tomorrow but I’m very, very concerned to see the cases go up,” he said.

“I’m very concerned to see the ICU capacity and we all have to be vigilant and throughout the holidays over the next few days, I’m just asking people don’t gather in large groups.”

Dr. Samantha Hill, president of the Ontario Medical Association, said the most recent pandemic numbers are “quite scary.” She said more young people are becoming seriously ill with COVID-19 and are staying in hospitals longer, putting further pressure on the health-care system.

“We really do need to do whatever is necessary to make sure that we stamp down the spread of the virus.”

When it comes to schools, it was just days ago when Ontario Education Minister Stephen Lecce said officials were working to keep children in classrooms.

“Every indication we have from the chief medical officer of health is that students will continue to go to school. I believe very strongly that kids need to be in school,” Lecce told Global News on Monday.

“I just want parents to know that we are firmly on the side of keeping these schools safe and open.”

The province also hit a new high on Wednesday for the number of COVID-19 patients in ICUs. Critical Care Services Ontario counted 421 hospital patients with COVID-19-related critical illness as of midnight.

Meanwhile, there were 2,333 new COVID-19 cases reported by the Ontario government on Wednesday. It was also reported that there were 15 more deaths of people who had COVID-19.

— With files from The Canadian Press and Ryan Rocca