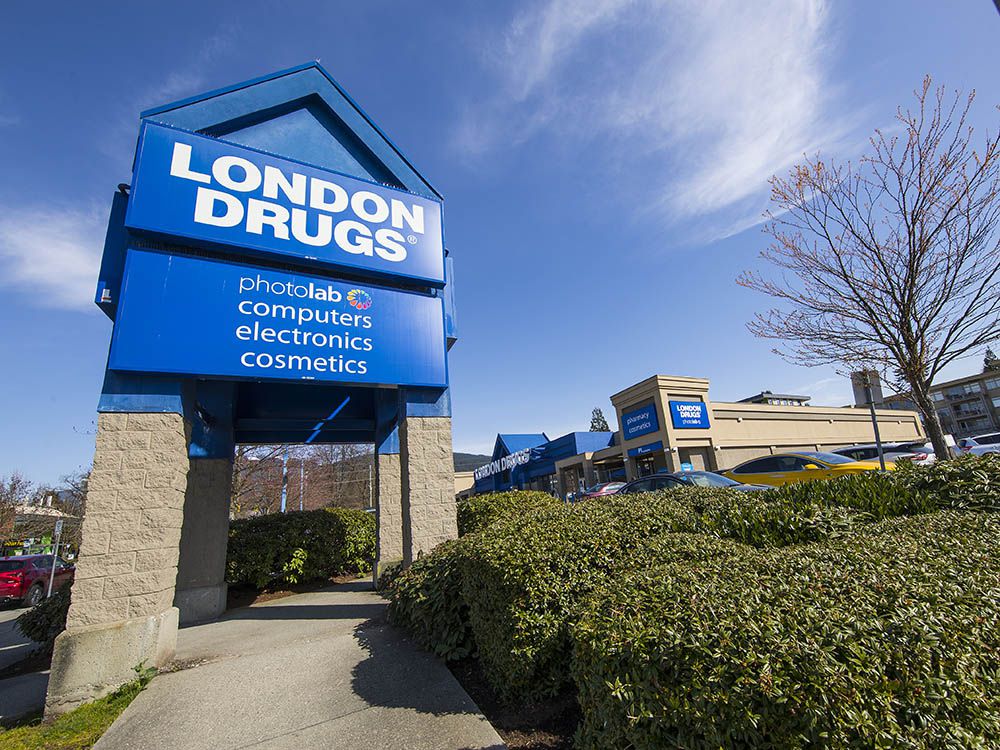 “There’s way more demand than even the amount of vaccine we’ll be adding by the end of the week,” said Dix on Wednesday, as B.C. sets a daily record with 1,013 new COVID-19 cases. “There will be some people in those categories who won’t be able to access the vaccine.”

The new program — which allows people ages 55 to 65 in the Vancouver Coastal and Fraser health regions to get a COVID-19 vaccine at one of 150 participating pharmacies — was a quick pivot after B.C.’s decision Monday to pause administering AstraZeneca shots to people age 55 and younger over concerns of a rare blood clot condition.

Dix said health officials and pharmacies have been able to mobilize in just two days, but were hampered by the fact there is a limited supply of vaccine available.

Pharmacies are getting 13,500 doses of the AstraZeneca vaccine remaining from the initial 68,000 doses B.C. received in early March, which were used to curb COVID-19 outbreaks and target high-risk workplaces. B. C. is expecting 43,000 more doses from the federal government on Friday.

Some of the 13,500 doses are set to expire by April 2, which adds to the urgency of getting shots in people’s arms.

“This is a relatively small amount of vaccine we needed to move on right away. There are a limited number of appointments,” said Dix, adding the response to date has been an “extraordinarily quick, effective and efficient reaction to a change in circumstance.”

Annette Robinson, president of the B.C. Pharmacy Association, said she understands people’s frustrations in trying to book vaccination slots, but appealed for patience. “We are working as hard as we can to get shots in arms.”

The rollout is “as good as could be expected,” she said. “There’s been overwhelming interest … and a lot of pent-up demand.”

As more vaccines arrive, she expects pharmacies across B.C. will eventually be involved in the rollout.

For now, there are about 150 pharmacies in Fraser Health and Vancouver Coastal Health regions offering the jab. The B.C. Pharmacy Association website has a list of pharmacies offering the vaccine, which will be updated regularly in the coming weeks.

On Tuesday night, a day before the bookings opened for this category, London Drugs announced on Twitter that due to an “overwhelming response,” all vaccine appointments had been booked at its three pharmacies selected by the B.C. government to offer the vaccine.

The company asked people not to call the pharmacies directly so they can prepare for the “fully booked” appointments.

Callers trying several pharmacies on the list were met with a busy signal Wednesday morning, indicating high demand for the vaccine.

Those trying for an appointment on the North Shore faced difficulties. For instance, Davies Prescription Pharmacy, which is one of two North Shore pharmacies on the vaccination list, said they were out of a very limited supply of the AstraZeneca vaccine on Wednesday morning, while the other one on the list is a London Drugs, which is fully booked. There is no pharmacy listed for West Vancouver.

Due to an overwhelming response, all available vaccine appointments have been booked. We ask that customers refrain from calling our pharmacies directly to allow for the pharmacies to prepare for the vaccination process of the fully booked appointments.

The Costco Pharmacy in Abbotsford said it hasn’t received any AstraZeneca yet and directed people to add their names to a wait list on its website. Rexall pharmacies also has a wait list.

In an emailed statement, Loblaw said select Shoppers Drug Marts in the Lower Mainland would be administering the COVID-19 vaccine developed by AstraZeneca Thursday and Friday.

London Drugs apologized for any confusion over AstraZeneca vaccine bookings in a statement on Facebook Wednesday.

“Our pharmacies that were selected immediately began taking down eligible patient information aged 55 to 65 for appointments. There was no requirement we were aware of in our information by government to wait to take appointments, only that vaccines would be made available to us the morning of March 31.”

“As soon as more supply becomes available, we will open up our online booking similarly to what we would do with routine flu vaccinations, it said.

The government announced Tuesday that those in the age 55-to-65 category could start booking vaccines, but many pharmacies were overwhelmed or didn’t know they were on the vaccination list, they said.

“Yesterday was just another example of incompetence from a government that cannot manage to deliver on critical programs like the vaccination rollout, they said.

“Now the 55 to 65 age cohort in the Lower Mainland is left wondering what happened after feeling a sense of hope about the possibility of being vaccinated.”

Bond and Merrifield said there needs to be a provincial booking system.

Dix said the province’s age-based vaccination campaign is also moving along, despite the age people become eligible seeming to have stalled or slowed down at 73 years old, with no set date for people age 72 to 66.

Dix said that’s because about 150,000 people who are clinically extremely vulnerable have recently become eligible to book their appointments. As well, he added, every age cohort is larger than the one before it, so it’s taking more time for the vaccinations to be completed and booking slots to be available.

People age 66 to 69 weren’t included in the pharmacy-based company because those groups are going to be eligible soon for the Pfizer and Moderna vaccines offered in the age-based campaign, added Dix.

LMFAO! They weren’t supposed have spots booked until TOMORROW and all of them are booked at London Drugs?
Complete farce. https://t.co/HIb8r2095a

Yes it was a sneaky rollout with the bad phrasing. They should have indicated that while appointments start today, booking was available yesterday. But why communicate properly and roll it out fairly? Lots of 55-65 year olds would have liked the chance to try today.

More than 99,000 B.C. residents have been diagnosed with COVID-19 since the start of the pandemic and infections have surged across the province in recent weeks, with 840 new cases reported Tuesday.

Those going to get a vaccine will be required to bring their personal health number, located on your CareCard or driver’s licence.

The AstraZeneca-COVISHIELD vaccine is currently not available in pharmacies in the Northern, Interior or Vancouver Island health authorities.

— With files from The Canadian Press, Nathan Griffiths and Katie DeRosa

Get the latest COVID-19 news delivered to your inbox weeknights at 7 p.m. by subscribing to our newsletter here.

Sign up to receive daily headline news from the Vancouver Sun, a division of Postmedia Network Inc.

Thanks for signing up!

A welcome email is on its way. If you don’t see it please check your junk folder.

The next issue of Vancouver Sun Headline News will soon be in your inbox.

We encountered an issue signing you up. Please try again