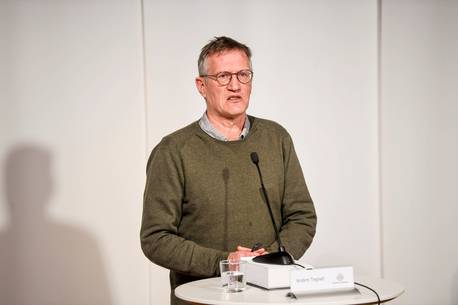 
STOCKHOLM (Reuters) – The number of new infections in Sweden is rising, but tougher restrictions are not the way to bring a ‘third wave’ of the COVID pandemic under control, Sweden’s top epidemiologist, Anders Tegnell said on Wednesday.

Sweden, which has shunned strict lockdowns throughout the pandemic, saw a near 10% increase in COVID admissions to intensive care wards last week, while the number of people testing positive has surged.

“To shut more hasn’t been shown to be a success story,” Tegnell said in an interview in daily Dagens Nyheter.

“Basically, what we need is more adherence to the advice and the restrictions that are already in place. I am extremely convinced that we have implemented the most important measures already.”

Schools have mainly remained open during the pandemic, but the government has gradually tightened restrictions on public gatherings, opening hours for restaurants and alcohol sales and has limited numbers allowed in stores, amongst other measures.

Surveys show that people have recently been paying less attention to the rules.

Sweden’s strategy of gradually ratcheting up its mainly voluntary restrictions has been controversial.

The country has registered more than 13,000 COVID deaths, a rate per capita is many times higher than that of its Nordic neighbours who opted for harder measures.

But excess mortality – a measure of how many more deaths a country has seen than in an average period – was smaller in Sweden in 2020 than in most European countries.