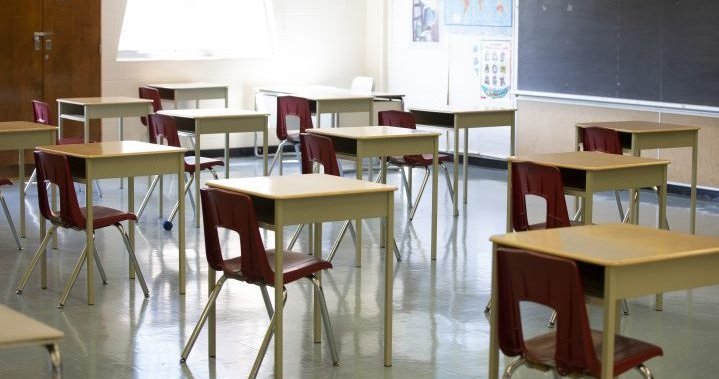 
The Waterloo Region District School Board will be pushing region council, public health and the province to prioritize special education instructors as they continue to conduct vaccinations during the second phase.

Jayne Herring, Trustee for Cambridge & North Dumfries, put forward a motion asking that a letter be sent to the Waterloo Region Council, Waterloo Public Health and the Ministry of Education asking them to consider the option.

Read more:
Ontario school board group calls for teachers to get COVID-19 vaccination over spring break

“Our special education students in some cases are unable to wear masks and are medically at risk,” she told council.

“And the prioritization for vaccination of special education staff has already taken place in some other school boards as a result of their public health units making that decision.”

4:52
Ontario ‘pausing’ use of AstraZeneca vaccine for those under 55 in accordance with NACI recommendation

Herring said she was also worried about the grip the variants of concern are taking on the province.

“My understanding is that it can be more infectious in adults and also young people and has the potential to cause more serious illness.”

Waterloo Region is currently working its way through Phase 2 of the province’s plan to provide vaccinations across the province. Teachers are part of the second phase of the vaccine rollout, although it includes a lengthy list of people and is not clear on an order.

Herring’s motion, which was passed by the board, also asked that the letter include support for another letter written by the Ontario Public School Board Association, which had asked for teachers to get vaccinated during March break or as quickly as possible before June.

“I would like to ask our trustees to support that recommendation, as well as I believe that appointments during the evening hours would be difficult to find for such a large volume of individuals who are unable to attend during the day because they are working with our students,” Herring said.

“I think that in order to support the health and safety and well-being of all concerned, I feel that education workers leaving them until June to be vaccinated for the vaccinations at the end of that phase is far too late.”