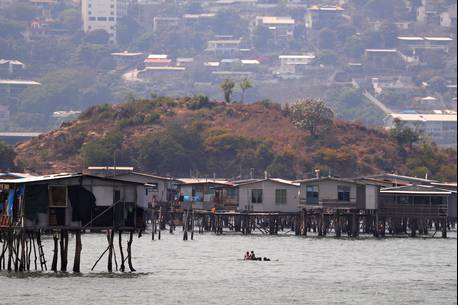 Fears of “vaccine nationalism” in countries producing shots have increased concerns about the need for the nation of about 10 million people, many of them living in impoverished, isolated communities, to receive vaccine supplies quickly.

Marape became the first to be inoculated to try to boost confidence in the vaccine in Papua New Guinea, but priority will otherwise be given to frontline health workers.

Papua New Guinea, which was administered by Australia before gaining independence, has recorded more than 5,600 cases of the virus, according to figures released on Tuesday.

But Australia says that tally vastly underestimates the extent of the crisis as the Pacific country does not do mass testing.

The island’s biggest hospitals have reported that as many as 80% are coming back positive and Marape has said the virus has “broken loose”.