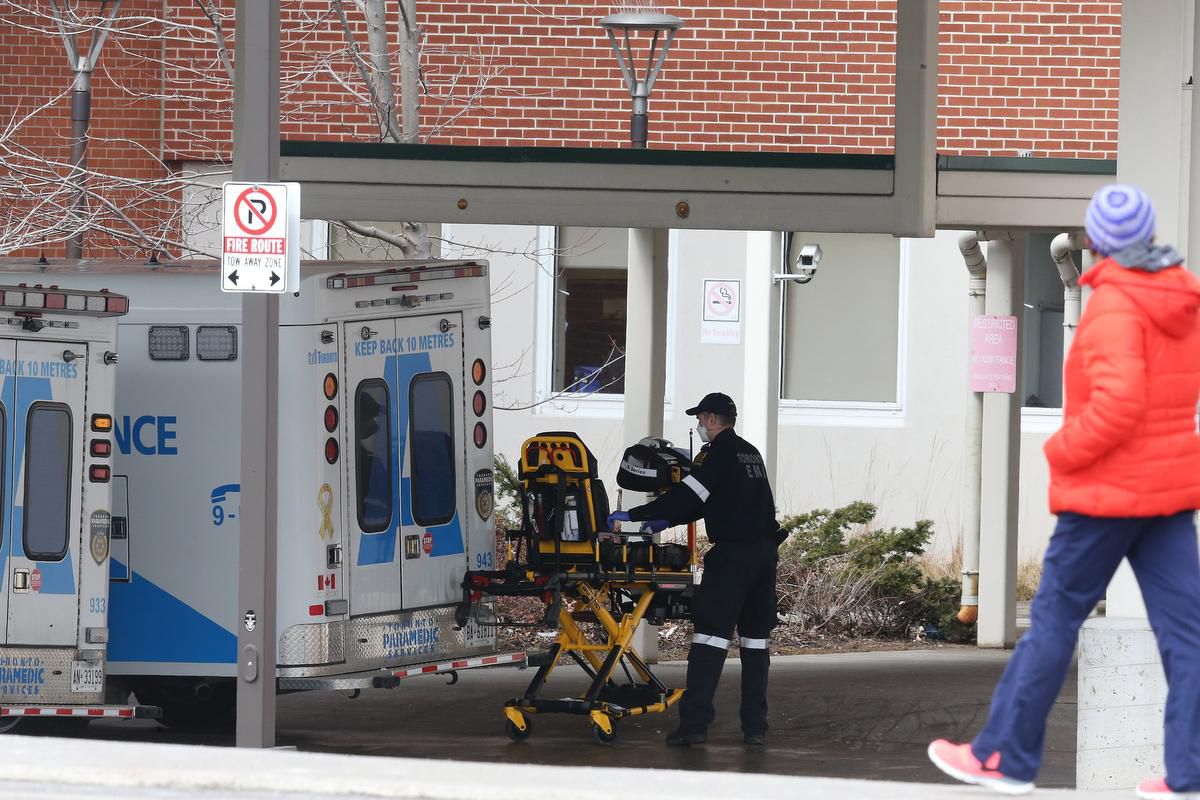 
Toronto doctors are warning that rising COVID-19 cases in Ontario are putting hospitals in a precarious situation, and that the number of patients in intensive care may soon eclipse the pandemic high seen in January.

Scarborough Health Network has arranged transfers for 10 of its ICU patients to hospitals as far away as Kingston and Peterborough over the past week, said Dr. Martin Betts, medical director and chief of the critical care program.

The moves were motivated by an alarming internal projection: the health network is predicting that by mid-April it will see a 38 per cent increase in critical care cases from its second-wave peak, Betts said Saturday.

“It’s a race between variants and ICU capacity right now,” he said. “From what I’ve seen over the past number of weeks, the variants are winning.”

“We know other GTA hospitals are approaching capacity based on the frequency of Criticall requests we are receiving,” he added, referring to the service in charge of tracking available beds in the Ontario health system.

The warnings from doctors come as the province reported 2,453 new COVID-19 cases and 16 more deaths on Saturday — with cases exceeding 2,000 for a third straight day — and as the provincial government planned to loosen restrictions even further, allowing hair salons to open in Toronto and Peel Region in April.

Dr. Theresa Tam, Canada’s chief public health officer, warned on Saturday that current health orders are not enough to stop rapid growth of COVID-19. Restrictions need to be stronger, stricter and sustained long enough to control the rise of variants of concern, she said in a written statement.

There were 401 COVID-19 patients in ICUs across Ontario on Friday, according to figures from Critical Care Services Ontario. The number fell to 386 Saturday, but doctors expect it to rise as variants of concern fuel the third wave.

Anthony Dale, president and CEO of the Ontario Hospital Association, warned in an open letter that if numbers continue to rise, hospitals “will be under extraordinary pressure to try and ensure equitable access to life-saving critical care.”

“In this third wave we are facing a different kind of pandemic,” he said. “The B.1.1.7 variant that originated in the United Kingdom is taking over with a much quicker doubling time and more serious health effects for younger populations. Patients are arriving at the hospital younger and sicker than in previous waves, and they require more care.”

At Michael Garron Hospital, Dr. Michael Warner says his staff are not facing the same capacity issues that have led some hospitals to transfer ICU patients out of the city, but one case has him particularly worried: a COVID-19 patient in their early 30s.

The previously healthy 30-something, whose family gave Warner permission to discuss their case on CP24, was infected with a variant of concern in early March. Two weeks later, they were on a ventilator in the ICU, Warner said. A swift decline.

“The Premier’s public health decisions do not align with the reality in GTA ICUs,” he said.

Alexandra Hilkene, press secretary for Health Minister Christine Elliott, did not answer questions but provided a statement by email: “Active work continues with our hospital partners and other health care organizations across the province to ensure our health care system has the tools and resources necessary to respond to the evolving COVID-19 pandemic.”

With files from The Canadian Press