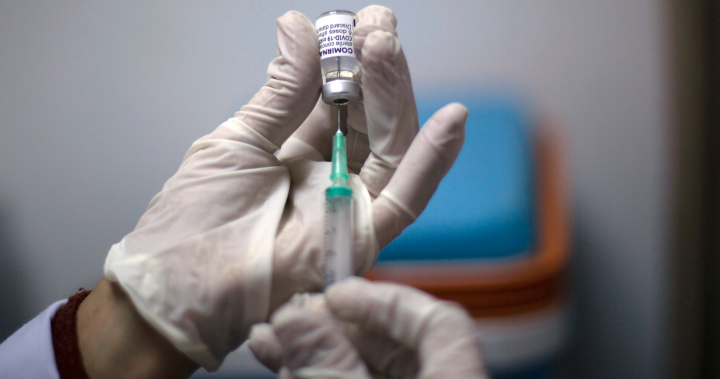 
The province’s COVID-19 vaccination rollout continues to ramp up, as more than 10 per cent of B.C. residents have now been given at least one dose.

At the same time, though, the province is seeing its daily case count steadily rise, with 908 cases reported on Friday.

That is the second-highest number the province has ever reported.

While the latest daily case numbers are troubling, more and more sleeves are rolling up across B.C., with nearly 638,000 doses of vaccine administered so far, more than 100,000 through Interior Health.

There were 258 cases as of Friday, making it a race between vaccine and variant.

That’s creating a bit of uncertainty as to which way the pandemic is really headed.

“Well, I think once we get more vaccinations we’re going to be safe. Unfortunately, I think people are tired and they’re starting to get out and party a bit and we’re seeing that,” one local resident noted.

Residents aren’t the only ones unsure where we might be in a few months, however.

Despite the expedited vaccine rollout, even the province’s top doctor can only be cautiously optimistic.

“My hope is, the last week notwithstanding, that as we protect more and more people, we’ll be able to safely come together in-person and inside,” said Dr. Bonnie Henry.

“But right now, between now and the end of April or early May, it’s going to be a very difficult time for us,” she added.

During that difficult time, top concerns for local residents seem to vary.

“My biggest concern is the variants and how they seem to be exploding right now. That’s worrisome for me,” said a Kelowna resident.

Another resident told Global Okanagan she was most concerned about her job.

“I want my industry back, I want to be a nightclub server again,” she said.

For others in the region, it’s simply business as usual, despite what has felt like a never-ending pandemic — not a worry in the world.

“I’m going down and looking at a car in Penticton right now. Sorry, but that’s my biggest concern.”