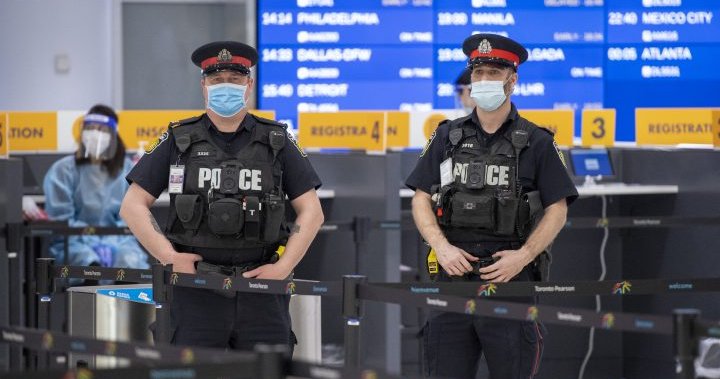 A CBSA officer was looking at entry documents, police said, including a negative COVID-19 test which “appeared to be fraudulent.”

The man was held for a bail hearing Monday and was later released.

A police spokesperson told Global News the man was required to go to Peel Public Health and get a COVID-19 test to determine if he has the virus or not.

Canada currently requires international travellers coming to the country to present a negative COVID-19 test before boarding a flight.

They are expected to take another test upon arrival, before entering quarantine.

Back in February, another man was charged after allegedly presenting a fake negative COVID-19 test at Pearson.

In that case, police said the man actually tested positive for the coronavirus and he was subsequently arrested and charged as well.