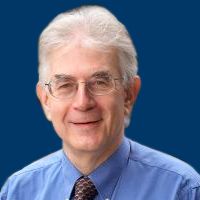 
A wave of approvals and a rapidly evolving treatment landscape could make the next decade a watershed period in breast cancer care, according to George W. Sledge Jr, MD.

“We are entering a decade which may finally lead to the effective control of not just breast cancer, but of many human cancers,” Sledge said during the Giants of Cancer Care® Lecture, “Breast Cancer in 2030: Where Are We Going?” presented at the 38th Annual Miami Breast Cancer Conference®. “I find this incredibly exciting every day [as I look to] my assistant professors and the fellows who [will] follow beyond them because I think they will hopefully see the final ability to beat these awful cancers.” Sledge is a professor of medicine in the Division of Oncology at the Stanford University Medical Center. He was the 2018 Giants of Cancer Care® award winner in breast cancer for his work with paclitaxel and the development of CLEVER, a biomedical informatics tool that can identify distant metastatic relapse and locoregional relapse with high accuracy.

The “genomic revolution” and the “big data revolution” have already begun but will make real strides affecting treatment for patients with cancer, especially as the cost of genomic sequencing continues to drop as the technology improves. This trend will allow for more, if not all, patients with cancer to undergo panel testing for pathogenic mutations and next-generation sequencing, and Sledge anticipates the identification of smaller subpopulations who may benefit from specific targeted therapies.

“Dynamic evolutionary changes will be mapped in real time and will dictate therapy,” Sledge said. “Our therapies in the past have all been based upon, in essence, population-based studies. But in the future, if we’re able to see clonal evolution of a particular mutation that allows a cancer to escape, say, from aromatase inhibitor therapy with popping up of an ESR1 mutation [we might be able to] measure that and intervene to prevent the tumor from growing. I think this will be increasingly likely as new studies are performed.”

“I suspect in a decade from now we will have a much better handle on which patients benefit from which drugs and indeed we’ll have new drugs to look for those specific targeted areas,” Sledge said. Furthermore, Sledge said that physicians will be able to harness artificial intelligence (AI)-based approaches to supplement imaging results, improve interpretation of patient data, and improve prediction models for breast cancer.

In its most basic form, investigators and physicians will use big data to improve pattern recognition. Sledge expects machine-based radiology, pathology, and radiation planning will be ubiquitous by 2030.

“I’m not here to say that the machines will replace radiologists, pathologists, or radiation physicists, but they’ll absolutely be an adjunct,” Sledge said. “AI-based approaches will increasingly direct all aspects of cancer therapy, and I suspect provide real-time clinical decision support for [clinicians] and patients in the clinic. While early attempts to do this, such as IBM’s Watson, have not been particularly successful, I think it’s only a matter of time before we will increasingly see something like this work.

Sledge turned his attention away from the machine and back toward humanity as he explained his final prediction for the next decade: the effect of demographic changes. “Demography is going to be a major driver for [how we approach care],” Sledge said.

For the first time in US history, Americans aged 65 years or older are projected to outnumber children aged 18 years or younger by the year 2034, accounting for 23.4% and 19.8% of the population, respectively.2

“As a result of this basic demographic change, demand [for oncologists] will continue to grow because there will be more cases of invasive cancers in the United States, including breast cancer,” Sledge noted. A study published by the American Society of Clinical Oncology noted that nearly a fifth (19.7%) of oncologists are nearing retirement age of 64 years or older and only 15.6% of oncologists are early in their career at age 40 or below (N = 12,940).3

As the oncology workforce and ancillary service providers, such as pharmacists, face impending shortages, the number of survivors of cancer is set to increase. Close to a quarter of all cancer survivors will be patients with breast cancer, Sledge said, estimating that there will be approximately 5 million survivors of breast cancer in the next decade. “We’re not very good at taking care of survivors of cancer. We lack the mechanisms…to take care of the special needs of long-term survivors.” Additional consequences that are locked in by demography include low numbers of available oncologists, poor distribution of care providers, and financial stresses that increase with each new approved drug. “It’s wonderful that we’ve had a new drug every year in the breast cancer space, but they are all very expensive both to the health care system and individuals,” Sledge said.

In conclusion, Sledge acknowledged the folly of prediction, noting that he likely missed something important and much of what he said may be proven wrong or irrelevant. “But in 2030, if you remember this talk, please give me credit for the stuff I got right.”