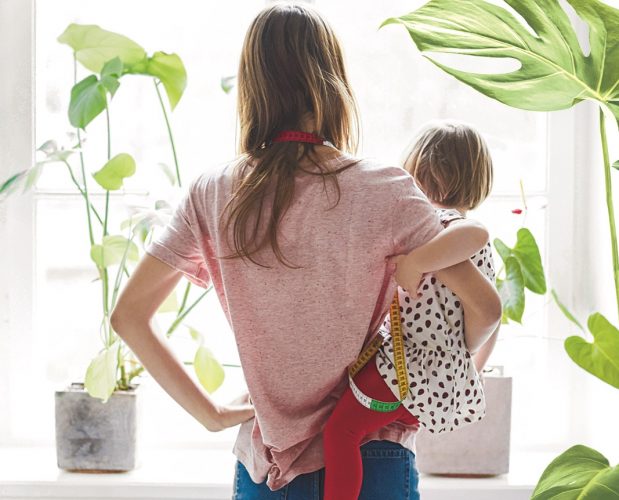 
ALLENTOWN — When 3-year-old Piper brought home a plant from her prekindergarten class at The Swain School last fall, she told her mother she named it Amber and started treating it like a pet.

“The hardest part about the program was the first night, telling my daughter she couldn’t sleep with the plant,” said her mother, Kelly Berfield. “It’s been awesome. I didn’t really know what to expect — but it’s been absolutely awesome.”

Amber was one of more than 300 plants given to students and teachers at the Allentown school last year as part of a program spearheaded by Veronica Moore, a Bethlehem blogger and plant therapy advocate who has garnered over 10,000 followers on Instagram, @brownskinplantmama. Her content includes pictures of her daughter, Hunter, and their plants, videos explaining plant therapy, and interviews with other Black plant therapy advocates.

Plants mean a lot to Moore, who used them as a healing tool, along with traditional therapy, after her sister died unexpectedly in 2018, she explained. During shutdowns caused by the COVID-19 pandemic, she started getting plants from local sellers and noticed Hunter, 4, was really interested in them, too.

“She was having a hard time not being able to see her friends, not being able to go to school and really kind of transitioning to that place of ‘What do I do?’ “ Moore said. “It was a really hard transition for her as well. So we took care of our plants together.”

After working with Hunter on a vegetable garden over the summer, Moore introduced the idea to expand the plant practice to Hunter’s class at Swain.

“I really wanted to be able to gift the pre-K class, not just my daughter but the entire class, with houseplants for them to take care of, for them to learn how to adapt to different things and to acquire skill sets that are lifelong through plant care,” she said. “What can the plant teach them? Because plants have taught me a lot in my life.”

Working with local plant sellers, she was able to get the entire class sponsored, with a hearty plant like a pothos or philodendron for each student.

“The kids absolutely loved it,” she said, and from there more parents at the school got involved and sponsored other grades.

So far, the program is a hit, parents said.

Michelle Adler of Emmaus said her two sons, William, 7, and George, 9, have learned a lot from the program, especially after one plant died from overwatering. The soil turned “very soupy” and the roots rotted.

“It’s been a very interesting and dynamic education process,” Adler said. “My youngest son murdered his plant in very short order. We loved on it way too much.”

But Adler used it as an opportunity to discuss with her son what worked and what didn’t, and they went out and bought another plant. “Pothos No. 2” is doing much better, she said.

“It really gives an easy medium for the parents to engage in general life lessons and really simple ways to build a kid up and have success, because you can’t buy self-esteem — you got to earn it,” Adler said. “This is an easy way for your kids to see success.”

Plant have always been a part of the curriculum, along with self-care and kindness, said Heather Manning, prekindergarten teacher at Swain. But having an actual plant makes it a hands-on experience for students.

“I have a couple of students who I don’t think they have plants at their house,” Manning said. “It’s just not part of their household. So it turns into a learning experience for families, too.”

The plants stayed in the classroom for about two days, she said, before each student took one home in a little brown lunch bag, marked with the student’s name and the name of the plant.

“Just watching them carry these little bags so carefully. They were so careful with them,” Manning said. “It was really sweet and they really understood — this is a living thing that they have to nurture.”

Two of the plants, named Greeny and Jordan, settled in Allentown after they were brought home by Ingrid Russell’s daughters.

“I think it’s important for kids to be one with nature, to understand the value of nature in their lives,” Russell said. “Having plants in the home, we talk about the value of plants and what they give us, like trees giving us oxygen and how important that is. Plants provide us with food and tranquility — having the plants around us make the home a loving home — it’s not nature deprived.”

Kids learn how to nurture and problem-solve with plants, many parents said.

“They’ve learned that they need to take care of their own bodies, but we have something to contribute to the world and taking care of plants are a part of that — it’s teaching them that it’s not all about us, but helping the plant survive by giving it what it needs,” Russell said.

Recently, Piper’s plant needed a new pot, Berfield said. So she told her daughter they needed to buy more dirt, too, and explained the process of transplanting so Amber could continue to grow and flourish.

“It’s interesting to see how a 3-year-old thinks and is likening it to her own life,” Berfield said. “She looked at me and said, ‘She’s going to grow just like me.’”