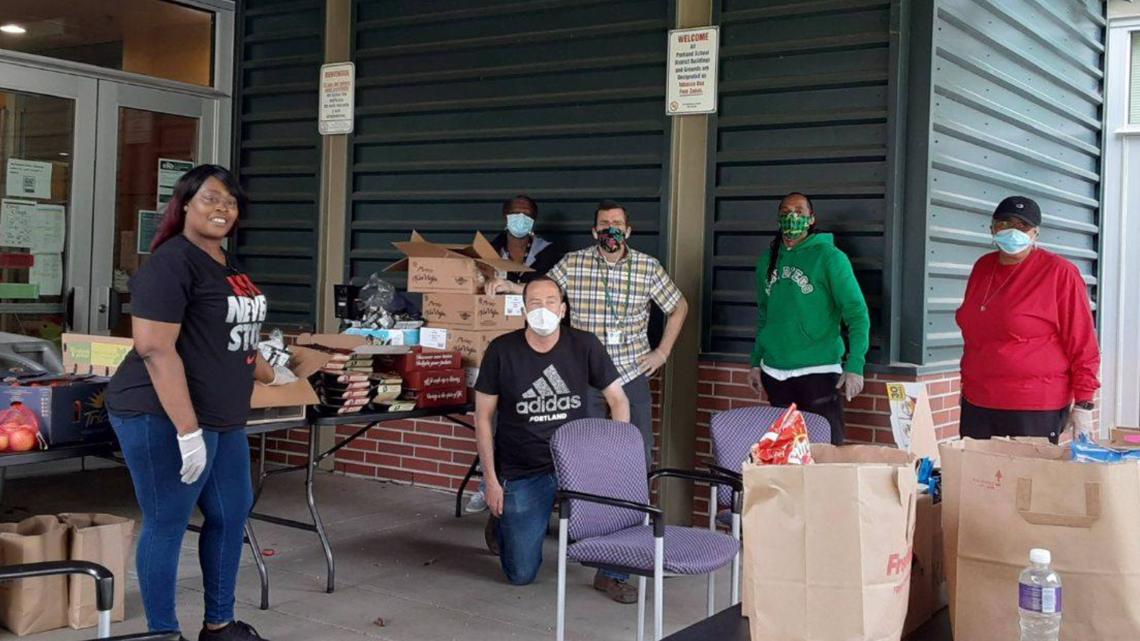 It started as a small operation, but in 2020 the Hopscotch Health Foundation handed out five times as much food as the year before.

PORTLAND, Ore. — The KGW Great Food Drive is underway, and we are highlighting community partners who help fight hunger.

Portland’s Hopscotch Health Foundation is one of them; making sure students have access to nutritious food.

Dave Gunderson started Hopscotch Health five years ago with a simple goal: Bring healthy foods into schools and encourage students to get active.

He began by distributing food to various high schools, specifically to student athletes who needed a snack before games.

“A lot of times, they don’t have time to get something to eat between the end of school, getting on a bus and heading to McMinnville for a big invite or something like that,” said Franklin High School Athletic Director Scott Santangelo. “He has been so generous with his time and effort. It’s just been awesome. I can’t thank him enough.”

Hopscotch eventually expanded to other schools in Portland, serving 18 schools around the city by the end of 2019.

Then the pandemic happened, and Hopscotch had to pivot.

“The whole world changed” in a weekend, said Gunderson. “By Monday we were serving not only kids, but families and eventually entire communities.”

Volunteers went from bringing food into schools to handing it out in the parking lots outside.

“The amount of food that we served, or handed out, in 2020, quintupled,” said Gunderson. He said his organization now distributes 2,000 pounds of food each day, seven days a week.

“He has so many partners involved. It’s become a thing that has morphed into something huge,” Santangelo said. “Now he’s feeding probably thousands and thousands of families a week.”

Affectionately known as “Uncle Dave” by the students who love him, Gunderson is comforted by knowing how many families his organization is helping.