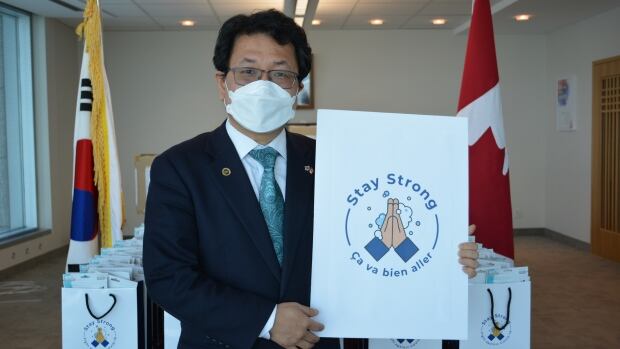 
Federal Liberal government staffers were worried that a donation of medical-grade masks for Korean War veterans in Canada would send the wrong message as the country grappled with shortages of personal protective equipment (PPE) at the outset of the pandemic.

The Republic of Korea, commonly known as South Korea, shipped more than one million face masks to veterans around the world last May as a “token of appreciation” for those who fought in the 1950-53 conflict on the Korean peninsula.

Some 35,000 KF94 masks, the Korean equivalent of the gold standard N95 respirator, were shipped to Canada to be distributed to the 5,900 surviving veterans of the war.

The South Korean government said it wanted to help these elderly Canadian Armed Forces veterans — their average age is 88 years old — at a time when masks were scarce in Canada and the novel coronavirus was claiming the lives of hundreds of seniors in Canada’s long-term care homes.

“We know how difficult it is to obtain this personal protective gear in Canada at this moment,” Ambassador Yun Je Lee, the consul general of the Republic of Korea in Montreal, told CBC News at the time. “This can never match the warm hands you extended to us, but we hope this will help you overcome the current crisis.”

Behind the scenes, however, federal political staffers worried that helping to facilitate the donation might lead to awkward comparisons with the plight of Canadian health care personnel struggling to acquire PPE to protect themselves at work.

The federal government’s PPE procurement efforts at the time were beset by problems with shaky supply chains in China and a protectionist push in the U.S. to reduce shipments to other countries.

According to documents tabled at the House of Commons health committee last week, the government staffers urged Veterans Affairs Canada (VAC) to downplay the South Korean announcement and relegate news of the donation to a social media post to avoid media inquiries. One staffer floated the idea of redeploying the masks to meet other needs.

While procurement agents previously had ignored warnings about shortages in the National Emergency Strategic Stockpile (NESS) and rebuffed an offer from U.S. industrial giant Honeywell to supply Canada with N95 masks, by May it was abundantly clear that the country did not have enough PPE on hand for doctors and nurses working on the front lines. Supplies were stretched so thin that some health care workers were sanitizing their masks in microwaves.

“I worry about the optics around the government of Canada facilitating the distribution of N95s in settings where they are not recommended for use when doctors are pulling all the stops to stretch the existing supply that they have,” wrote Sabrina Kim, then the director of issues management to Prime Minister Justin Trudeau, in a May 20 email.

“I submit for your consideration that some low key social media expressing Canada’s thanks (rather than a news release) would invite fewer questions about N95 mask distribution, testing & healthcare priorities. Just my 0.02$!” she added.

Kathleen Davis, a senior foreign policy adviser in the Prime Minister’s Office, agreed with Kim that a plan to issue a news release thanking the South Korean government should be scrapped to avoid generating what she called “unnecessary controversy.”

“Agree with this, for what it’s worth,” she wrote.

Andrew MacKendrick, a communications planning staffer in the Prime Minister’s Office, asked if Health Canada or the Public Health Agency of Canada (PHAC) raised any red flags about this donation to a relatively small subset of the Canadian population at a time when there were supply demands elsewhere.

“Are there any issues with Health/PHAC that these donations are going to specific places vs. to PHAC and then area of greatest need?” Andrew MacKendrick, a communications staffer in the Prime Minister’s Office, asked John Embury, the director of communications to Veterans Affairs Minister Lawrence MacAulay.

“Given that it’s a donation, I suppose we can’t redirect them to where they are sorely needed (hospitals),” Gordon wrote.

“We will just try to avoid this spinning into a story about how some vets in some LTC homes will get N95s while doctors in hospital are limited to one per day,” he added. “Please let us know if any interesting media Qs come your way on mask grade/distribution.”

“It tells me just how miserably unprepared the Canadian government was in terms of PPE and providing PPE to front line health care workers, including doctors,” Brassard told CBC News.

“It was a gift. A gift from the South Korean government to elderly Canadian war veterans who served in the Korean conflict. The fact they were even thinking about confiscating this gift, it’s disturbing.”

After pushback from his colleagues, Embury ultimately dropped plans to release a statement to the media celebrating the donation and the diplomatic gesture. “No problem, we will pull the plug,” he wrote on May 20.

He also said he would ask the South Korean embassy to hold off on publicizing the donation until after the prime minister’s scheduled press conference on May 21 so that Trudeau could avoid questions from the media.

“Asked them to delay releasing their NR until after the PM’s news conference, but no guarantee on that,” he said.

“Great thanks,” Kim said in response.

On May 21, the prime minister announced support for off-reserve Indigenous communities in the morning. A ceremony commemorating the face mask donation was later held at the South Korean embassy in Ottawa.

MacAulay did not attend that ceremony but the department’s deputy minister, Walt Natynczyk, was on hand.

“They were clearly embarrassed by the PPE situation. They were trying to tamp down this news release, and hold off. They didn’t want the prime minister to be asked about it because they didn’t want him to be embarrassed,” Brassard said.

Reached by phone, Embury said VAC had planned to send out a news release but the South Korean embassy “jumped out ahead of us” and released one of its own, “and we just rolled with the punches.”

He said a press release was “only one possible channel” to acknowledge the donation, and MacAulay later had a private Zoom call with the South Korean ambassador to thank him for the donation.

“We didn’t have any reluctance to publicize the gift of masks,” Embury said.

The donation ultimately received scant coverage in the mainstream press until CBC News in Nova Scotia and Newfoundland and Labrador profiled some grateful Korean War veterans at the end of June, nearly a month after the masks had first arrived in Canada.

“I feel very proud that they remembered some of the guys that were over there. A lot of the guys never came back,” one recipient, Jake McDonald, said of the South Korean donation. 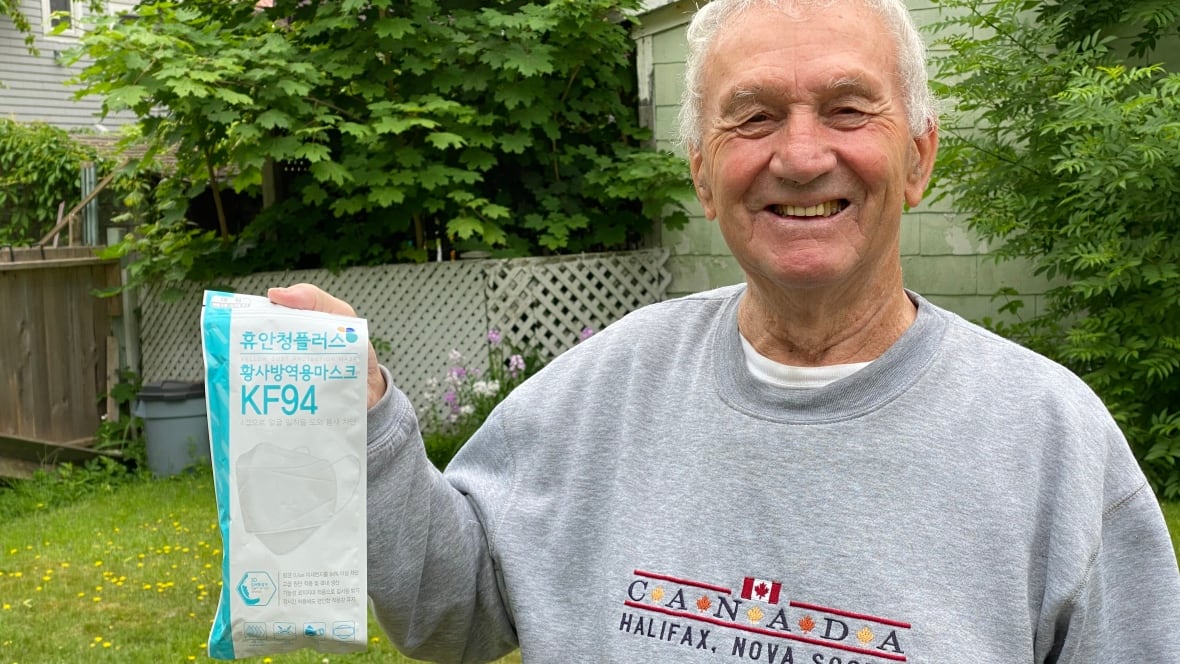 Canadian veterans were surprised by a gesture from South Korea marking the 70th anniversary of the start of the Korean War this week. 2:01