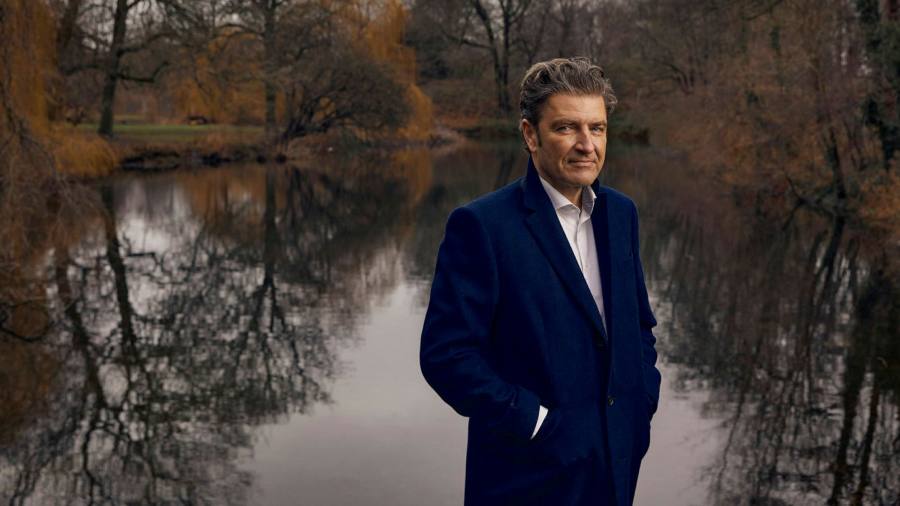 A vaccine and testing certification scheme should only be a short-term fix which “dies” as we ease out of the pandemic, according to one of the leading developers of digital Covid-pass solutions for governments around the world.

André Rogaczewski, chief executive of Netcompany, which has received contracts worth £3.1m from the UK government in part to build a testing certification system, said that he “sincerely believes” that all such solutions being developed by companies around the world are “primarily an intermediate step”.

Rogaczewski’s statement comes amid continued misgivings over vaccine passports, following Prime Minister Boris Johnson’s announcement last week that he was considering using digital documentation to enable people to prove they are free of the disease.

Concerns abound about whether such schemes will prejudice those who are unable or unwilling to get vaccines and whether they will infringe upon the public’s right to privacy.

Chancellor Rishi Sunak suggested in an interview with the BBC last week that vaccine passports might help reopen large-scale events.

Andrew Bud, chief executive of iProov, one of a number of British companies working on Covid-19 certification, was less categorical about the short lifespan of these schemes.

“If Covid-19 vanishes like smallpox, it’s clear that the vaccine certificate will go the way of the pox,” he said. “If, on the other hand, Covid continues to flare up and become more transmissible, it’s possible that . . . vaccine certificates will be a routine part of daily life.”

iProov was among eight companies that received grants of under £100,000 from Innovate UK, the government’s innovation agency, to develop digital verification schemes, and it began trialling the Covid-19 passport it developed with cyber security group Mvine in January.

Such systems require users to create accounts, potentially using technology such as biometrics to check their identities. Proof of vaccination can be uploaded by a healthcare professional or pulled from a patient’s records.

Fundamentally, it’s a trust issue and systems can be useless even if they are fabulously built

Other companies are seeking to cater to the private market for Covid-19 immunity certification, where they envisage that demand will be strong until at least the end of the year.

The UK government said it was looking into what limits, if any, should be placed on organisations that opt to use certification, given concerns around ethics, equality and privacy.

The UK is one of many countries now considering vaccination passports as a viable path out of the pandemic. Last week Greece became one of the first countries in Europe to roll out a system for those who had received both doses of the vaccine.

On Monday, Ursula von der Leyen, European Commission president, announced that the EU would be introducing a “Digital Green Pass” to provide proof of inoculation, test results of those not yet jabbed, and information on the holder’s recovery if they had previously had the disease.

Australia and Israel are also rolling out domestic certification schemes.

But the patchwork of different initiatives emerging both within the UK and globally points to an emerging problem with interoperability between different systems.

The World Health Organization is currently working to develop an international vaccination certificate to facilitate global travel, but no standards have yet emerged. In the absence of a globally accepted model, governments and companies have seized the opportunity to develop their own passes.

In response to questions about contracts awarded to Netcompany, the UK government said: “We are reviewing whether Covid-status certification could play a role in reopening our economy, reducing restrictions on social contact and improving safety.

“The review will assess to what extent certification would be effective in reducing risk and the potential uses to enable access to settings or a relaxation of Covid-secure mitigations.”

Such vaccine passports continue to face an uphill battle to win public support. “Fundamentally, it’s a trust issue and systems can be useless even if they are fabulously built,” said Jon Ackerly, chief executive of digital privacy provider Virtru and a former White House policymaker.

Ackerly also raised questions around the data security of vaccine passports, which could act as “honeypots” to hackers. At a DCMS committee session last month, the UK’s information commissioner Elizabeth Denham said vaccine passports would require the same scrutiny as any other government initiative on these grounds.

Mr Bud from iProov cautioned that the term “vaccine passport” had become “very loaded”, and noted that governments and businesses had already tinkered with the terminology to make the idea more palatable to the public.

“The world is going to suffer from PTSD,” he added, and one of its effects “may be the persistence of Covid certificates long after they’re strictly necessary”.