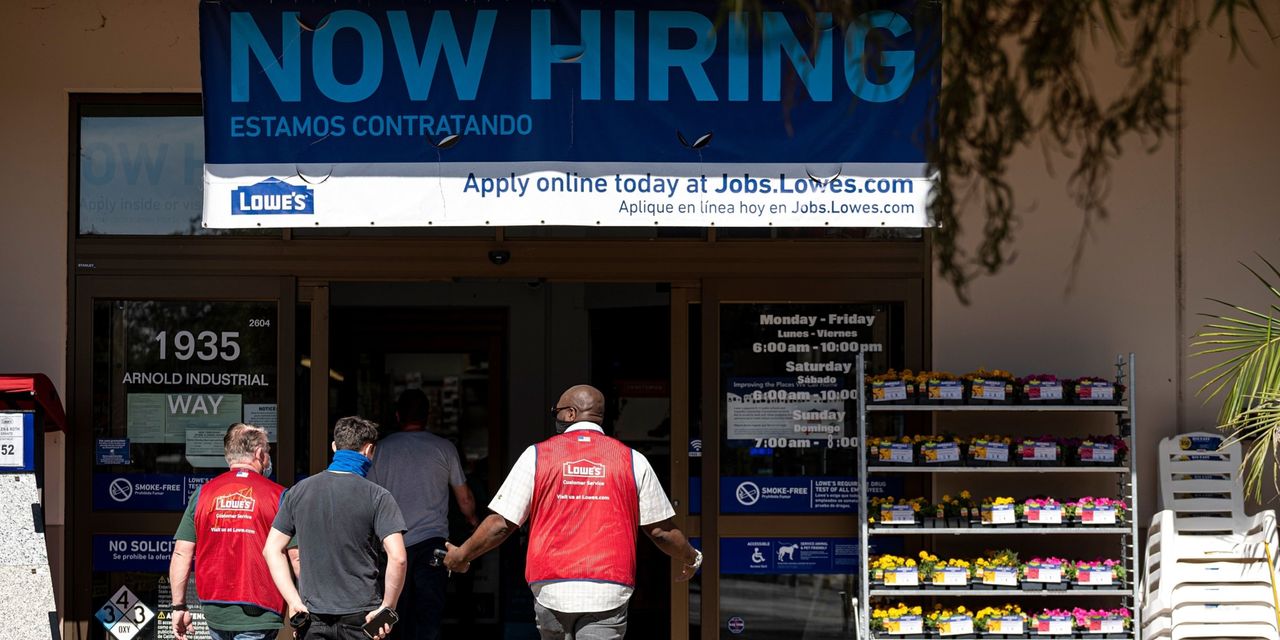 
December and January weren’t good months for the U.S. jobs market, but February should be much better.

The most obvious reason is that the virus has receded dramatically since the time of the last jobs report. The Bureau of Labor Statistics surveys employers and households in the middle of each month to estimate how many people were working or jobless. The January reference week almost perfectly coincided with the peak of the third wave of the coronavirus outbreak, with roughly 1.6 million new confirmed cases according to the Covid Tracking Project. Since then, the number of new cases has plunged. While the number of new infections is currently comparable to the peak of the second wave over the summer, the trend is broadly encouraging.

That, in turn, can be explained by the accelerating pace of vaccinations, with millions of Americans now getting coronavirus shots each day. As of the beginning of March, more than 15% of the U.S. population has had at least one dose of vaccine. Many other Americans are either children, who have been far less prone to the virus, or have acquired immunity by surviving an infection. That means the total number of Americans who should be safe from the virus is much higher—even if it’s still too low to allow for a full return to normalcy.

The receding virus wave has coincided with a substantial decline in the number of initial claims for jobless benefits over the past few weeks. While there hasn’t been a perfect relationship between the number of applications and the state of the economy during the pandemic, the steady increase over the fall and winter coincided with the slowdown in hiring reported by the Bureau of Labor Statistics. Since the peak in mid-January, the four-week average of initial claims has dropped roughly 10%. That almost certainly understates the improvement, however, because Ohio has reported a massive surge in new claims since mid-January that are likely fraudulent. Exclude Ohio and U.S. initial claims are down 17%

Unsurprisingly, restaurants should be one of the biggest beneficiaries of the improving health situation. As the risk of infection rose in November, December, and January, many Americans stayed away from eateries, leading to roughly 450,000 total job losses in the sector over those three months. California also responded to the surging death rate by banning indoor and outdoor dining for most of December and January.

Daily data from OpenTable on the number of seated restaurant diners suggests that demand has rebounded strongly since the lows during the survey period of the last jobs report, which could imply hundreds of thousands of job gains. However, much of the improvement has occurred since the end of the February survey period, so it’s possible that some of the recovery won’t show up until the March data are published at the beginning of April.

Another positive indicator comes the American Staffing Association’s weekly index of temporary help employment, which shows that this sector is running ahead of where it was in early 2020.
Richard Wahlquist,
the president and CEO of the ASA, notes that the gains since early January were the “first consistent six-week advance in the past three years.”

The one potential wrinkle comes from the public and private education sectors. In normal years, the typical seasonal pattern is that employment falls about 4% in January compared with December and then rises 5% in February compared with January.

But the timing of the pandemic has confused the normal seasonal-adjustment algorithm, leading to big reported seasonally adjusted job gains in months when employment normally falls. Last month, for example, education employment supposedly rose by 1%. That could potentially lead to weird results in February even if nothing bad actually happened in the sector.