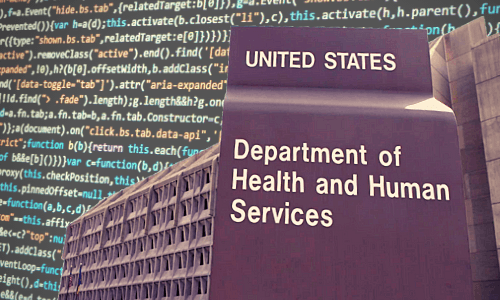 
Health care agencies on the front lines of responding to the COVID-19 pandemic have seen their roles — and their infrastructure — go through rapid transformations.

Nearly a year into this new working environment, many of the chief information officers at these agencies say there’s no going back to the status quo before the pandemic, and are looking at accelerating their IT investments.

Department of Health and Human Resources CIO Perryn Ashmore said the push to telework a year ago gave HHS an opportunity to flex investments in remote capabilities it made years before the pandemic.

While remote work was a relatively easy lift for HHS, Ashmore said the pandemic transformed the CIO’s office,  moving from providing oversight and support for the Office of the Secretary to being a part of emergency response.

The HHS OCIO, an office of about 300 employees, now tracks the status of 800,000 hospital beds across the country, as well as the supply of personal protective equipment to front-line workers.

That work, by necessity, broke down some of the data-sharing barriers between HHS and its partners such as the Department of Veterans Affairs and the Federal Emergency Management Agency.

“It took a lot of work, paperwork, innovation, and building of trust to allow the effective and efficient sharing of HHS data with other federal agencies as well as with state and local agencies,” Ashmore said Tuesday during AFCEA Bethesda’s Health IT Day event. “There is an insatiable need for data.”

Nearly a year into building these stronger partnerships, Ashmore said there’s no going back.

“Cloud technology has given us a tool so that we can always do more. Our missions aren’t static, they are always evolving,” Duvall said.

The Veterans Affairs Department also scaled up quickly out of necessity. Last year, it fielded about a quarter-million newly purchased laptops and 100,000 mobile devices out into the field to prepare for its COVID mission.

VA CIO Dominic Cussatt said the agency pulled all of this together “without skipping a beat in service.” He said the VA actually saw an increase in productivity in claims processing and processing benefits payments as many employees moved to telework.

The agency also ramped up from seeing 2,500 telehealth patients a day before COVID to 45,000 visits a day during the pandemic.

“We’re seeing that number continue to grow. It’s leveling a bit, but it’s sustaining. People are having good encounters with their clinicians, clinicians are able to use this as a force multiplier, so they can see many more patients and reach out to more people who are in need, Cussatt said. “Now that both our patients and our clinicians have a taste of this, and they see that it does work, I don’t think there’s any going back.”

The Defense Health Agency made it through its surge of pandemic work thanks to support from Defense Department leadership and creative problem-solving.

“She basically said, ‘You’re the number-one priority in the DoD for networking, behind me, at the agency,’ and so that did not hurt. I basically got everything I asked for,” Flanders said.

In addition to doubling its VPN capacity, DHA rolling out innovations that made judicious use of the agency’s capability to handle remote network traffic

After discovering that 70% of the agency’s traffic wasn’t going to DoD networks, Flanders said DHA developed a “split tunneling” capability that kept non-DoD traffic off the VPN and cloud-based internet infrastructure that essentially gave users a “browser in the cloud.”

Flanders said both of these innovations freed up 60% of the agency’s available bandwidth.

NIH’s network infrastructure, she added, is built to transfer at least 6 petabytes of data every day, and had no problem supporting remote work. But the pandemic has raised questions about what it would take to create the “digital lab of the 21st century.”

For as much as federal health agencies spun up last year, the VA was looking at even going bigger. Cussatt said the agency’s network of about 130 hospitals and thousands of clinics can be activated as a backup health care system for the entire U.S. in an emergency.

While the pandemic didn’t result in the VA supporting its “fourth mission,” Cussatt said the agency was preparing to do so as part of its COVID preparations

“When we were addressing the needs on the front lines, we couldn’t just think about how we were going to serve the 20 million veterans. We had to overachieve and go beyond it and think about ‘OK, what if this fourth mission is triggered?’ How are we going to scale to not just 20 million, but what about 50 million or 80 million? Or who knows, because we really didn’t know where this was going to go,” Cussatt said.