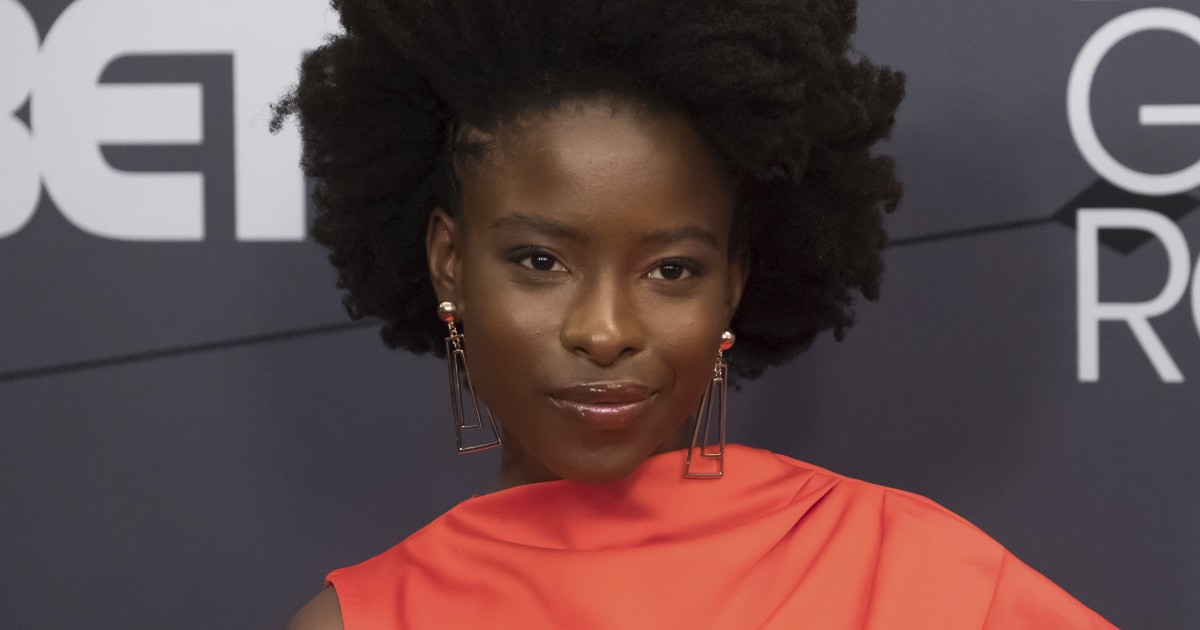 
Literary star Amanda Gorman, the youngest inauguration poet in U.S. history, is literally putting the model in role model and taking another step on her runway to Air Force One in 2036.

The 22-year-old National Youth Poet Laureate has signed with IMG Models, the talent discovery and model management agency acquired by William Morris Endeavor, to expand her personal brand through endorsements and editorial opportunities, The Times has confirmed.

The agency will represent her for fashion and beauty endorsements worldwide.

The Harvard grad has skyrocketed to fame since reciting her poignant poem “The Hill We Climb” at last week’s inauguration of President Joe Biden. Gorman has continued to make big moves since transfixing the nation, appearing on a number of talk shows and accumulating famous fans including Oprah Winfrey, the Obamas, Hillary Clinton and Lin-Manuel Miranda.

Her social-media profile has exploded since last Wednesday, too, and three of her books have become best-sellers on the Amazon charts. The Los Angeles native has also been dubbed a “new kind of style icon” in the process. Not to mention that the striking Prada headband and sunny coat that she wore to the swearing-in are sold out.

Gorman previously worked with the Italian fashion house on its sustainability mission to “transform trash into treasure, and change the fashion world as we know it,” she told Teen Vogue in 2019.

No disrespect to the fashion and beauty industries, but the wunderkind has her eyes set on the highest office in the land. And she’s said as much in nearly every interview she’s given since reciting “The Hill We Climb.” Gorman plans to run for U.S. president once she’s eligible in 2036.

“This is a dream that I think came into existence around sixth grade,” she said in a virtual appearance on Tuesday’s episode of “The Ellen DeGeneres Show.” I had a math teacher who said kind of somewhat jokingly because I was a very passionate feisty girl as I am today — ‘you should run for president.’ I was like, you know what, that tracks. Let’s put that on the bulletin board for the future.”

She’s so poised for her political aspirations that Gorman’s twin sister isn’t allowed to post her own party photos on social media, Gorman told DeGeneres.

“And it’s something that my family takes very seriously because they know when I say something, I mean business,” she told the host, adding, “so we all really hold ourselves accountable for the dream.”

In no time, Gorman got an official endorsement from the talk-show host who gifted her a basket full of Gorman 2036 campaign swag featuring pins, T-shirts, mugs and pins.