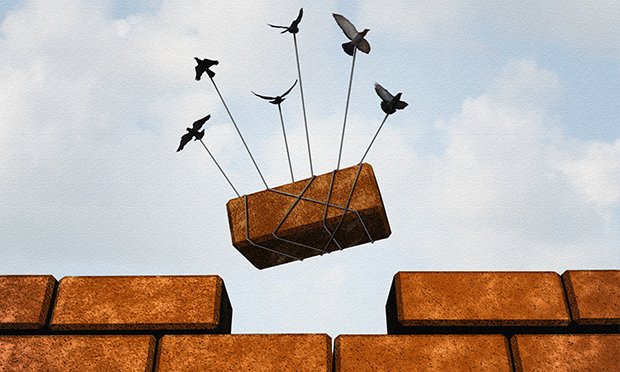 In 2015, 15,000 residents in the southern California community of Porter Ranch were evacuated from their homes for several months due to a significant gas leak at a nearby facility. The environmental disaster —- the worst natural gas leak in United States history — was found to have been caused by a leak sprung from an underground reservoir operated and maintained by Southern California Gas (SoCalGas).

The small California town of Paradise was consumed by the Camp Fire in 2018. Electrical lines belonging to Pacific Gas & Electric (PG&E) were blamed for causing the deadliest and most destructive wildland fire in California history.

Catastrophic events like these result in incalculable loss, suffering and damage. Still, insurance seeks to help the people and businesses affected by these events to recover. It is this simple idea that becomes overwhelmingly complex when it comes to catastrophes such as wildfires, earthquakes, hurricanes and other natural disasters.

In this article, we focus on business interruption (BI) and the goal of making a business “whole” after losses suffered as a result of a catastrophic event. In California, where the past several years have brought some of the most destructive and deadliest wildfires in the state’s history, and where 2020 presented the state’s single worst wildfire season on record, there are many lessons to be learned about the complexities of applying coverage, calculating BI loss and subrogation.

Among the challenges are applying the economic loss doctrine, accounting for the impacts of wide-area damage, civil authority and considering the pre-event impact of COVID on the business.

The economic loss doctrine is a rule developed by common law courts to shield a defendant from exposure to negligence suits where a party has not suffered physical injury or property damage, and the only losses someone suffers are economic — such as lost profits or wages.

In the Porter Ranch gas leak incident, when it came time for affected businesses and their insurers to recover, their fingers were pointed straight at SoCalGas. But the state’s Supreme Court held a different view, and its ruling has greatly impacted loss recovery and subrogation for California’s numerous wildfire-related BI claims. The California Supreme Court ruled in Southern California Gas Company v. The Superior Court of Los Angeles County that the defendant utility did not owe the business plaintiffs a duty to prevent purely economic loss unaccompanied by injury to person or property, even if the utility’s negligent conduct caused the business plaintiffs’ losses.

The economic loss rule is, in effect, a limitation on the liability created by the courts that frequently occurs in cases arising from wide-area damage, including wildfire claims. For example, the Fire Victim Trust established as part of the PG&E bankruptcy to evaluate, administer, process and resolve eligible claims arising from the 2015 Butte Fire, 2017 North Bay Fires, and 2018 Camp Fire has made clear that it will evaluate claims for income loss (i.e., economic loss) consistent with the Court’s holding in Southern California Gas Company v. The Superior Court of Los Angeles County.

The lesson for insurers is, if you have this type of coverage in your policies and you have a subrogation claim against a utility, you’re not necessarily going to recover in jurisdictions that have the economic loss rule. It has to do with the foreseeability of the loss and the relationship between the party who caused the injury. In these gas leak cases, for example, the court determined that the utility had no duty to compensate the defendant businesses for purely economic losses because such losses are not foreseeable where there is no contractual relationship.

The impacts of wide-area damage: What caused what?

In a standard BI claim, the insured’s business is generally covered for losses during the period it takes to restore the business to its original condition. BI policies can cover the profits the business would have earned, operating expenses (e.g., employee wages, loan payments, taxes) and the expenses of moving to a temporary location. Coverage often starts a few days after the incident and lasts until the business location becomes operable again, though extended and contingent BI policies can be purchased to handle extenuating circumstances.

During a wildfire, BI claims rarely fall under what would be considered a “standard” BI claim. Instead, you find complications associated with wide-area damages (e.g., lack of power, supply chain obstacles, civil authority, etc.) that make BI valuation particularly difficult.

Forensic accountants who are brought in to help measure BI claims in the wake of a wildfire are concerned with quantifying financial loss related to the direct impact on the business versus the impact on the area. Is business down because there is physical damage that can be fixed in a few hours? Or was it due to civil authority leading to mandatory evacuations? Or was it some other contingency impact such as a power outage or ingress/egress issues that lead to the business interruption?

To make matters even more complex in calculating and adjusting BI claims in the aftermath of a natural disaster, today, we must also account for the impact of COVID. As with the “usual” wide-area damages caused by a wildfire, the impacts of COVID on business interruption losses must be separated from the actual event at hand (the wildfire, earthquake, gas leak, etc.). The job of the forensic accountant in these cases is to make sure they are not calculating losses above the actual event itself. In other words, the calculation must look at pre-COVID versus post-COVID baselines and separate that from the drop-off experienced as a direct result of the catastrophic event.

During a major event, it is very common to see every business, resident, city or town get shut down for some period. There are business losses and costs associated with all of this. Police and fire departments are often involved; equipment and supplies are used. These are all associated costs.

For insurance claims managers, it’s critical to have your team work together to evaluate liability and damages. You should assume there will be arguments over the value of what was lost. Defense counsel, adjusters, accountants to calculate the losses, engineers, investigators, real estate appraisers, and the list goes on. You need a deep team.

In rural areas, you need people who can value a ranch and livestock. You’ll also see claims for fencing and farm equipment. Note that in certain jurisdictions, damage to livestock gives rise to the recovery of statutory attorneys’ fees. Also, damage to timber in a wildfire may allow for double or even triple damages. The use of experts to evaluate these costs is an absolute necessity.

The path to making a business whole again after a wildfire or natural disaster is not an easy one. But it’s one that, with the right team in place, can be accomplished in ways that put the insurer and insured in its best light while helping the business get back on track.