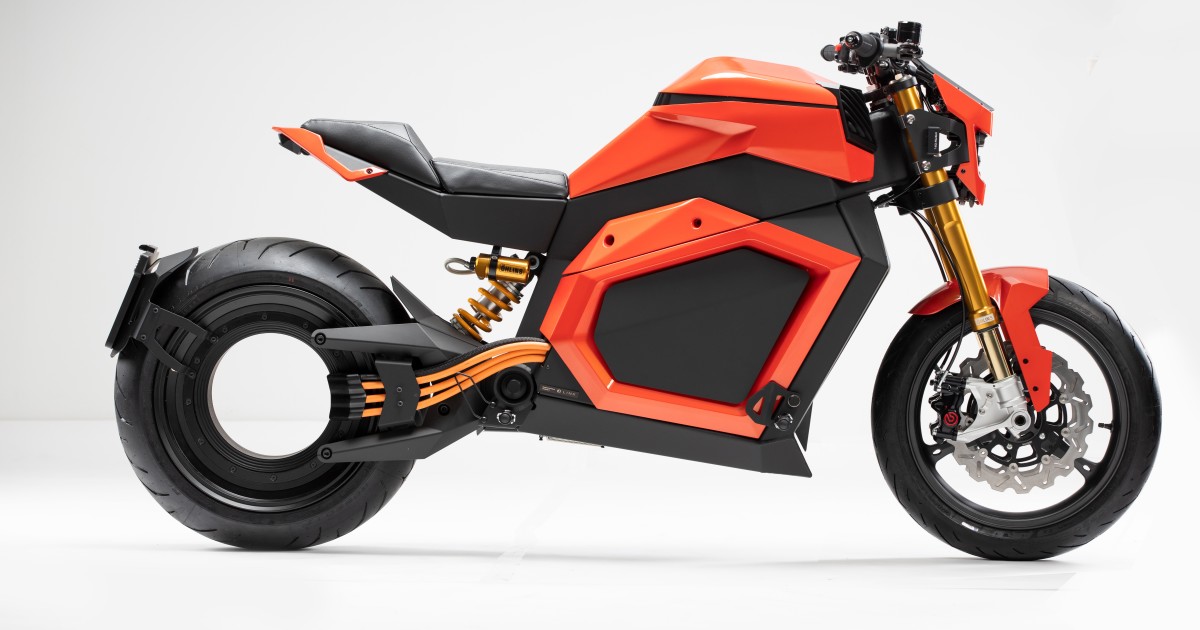 
You can now order yourself a Finnish electric motorcycle with lots of torque, lots of range and a very unique look. Oh, and it’s also got a jaw-dropping, gaping hole where the middle of the back wheel would normally be.

We first saw this fancy Finnish design back in 2018. At that stage, it was known as the RMK E2, although since it made its public debut, the company has changed its name to Verge and the bike is now known as the TS.

Now, it’s ready for production and we can put some final numbers to it. The centerless hub motor that constitutes the rear wheel will deliver 80 kW (107 horsepower) and 1,000 Nm (738 lb-ft) of torque. According to Verge, that’ll get you to 100 km/h (62 mph) in less than 4 seconds, which is plenty quick but will see the back of a well-ridden superbike.

That is, of course, unless the superbike rider is mesmerized by your rear wheel, like everyone else will be. It’s a beautifully-executed design statement that’ll make an unforgettable mark wherever it goes. It’s also – although we don’t know the weight of that assembly – likely a sin against unsprung mass that will negatively affect the performance of the suspension. But if unsprung mass is the first thing you think of when you look at it, there are several hundred other motorcycles made just for you. There’s nothing else out there like this.

We don’t know the size of the battery, but Verge claims a 200-300 km (124-186 mile) “carefree riding” range. Standard charging plugged into a wall socket will top you up in 4 hours, and DC fast charging can bring that down to 45-50 minutes. Total weight despite the long-range battery was around 200 kg (440 lb) last time we spoke to the team, and that’s not far off an equivalent combustion sports naked with a tank of gas on board.

There’s no official spec on suspension or brakes; the press shots show Ohlins and Brembo but these may be optional for all we know. Likewise, previous renders have showed this machine with a tank-mounted tablet-style configurable dash but we can’t see it now. One interesting feature that has come through is the forward-mounted highway footpegs, although all the riding shots we’ve seen show the rider using the much more conventionally mounted pillion footrests at the rear. Not to mention, highway touring isn’t exactly where electrics excel at this point, to put it mildly. So that’s a bit of a head scratcher.