Ontario’s long-term care minister was aware of the dangers the novel coronavirus posed to the sector long before it was declared a global pandemic, a newly released transcript from the province’s commission on the matter reveals.

The transcript of the Long-Term Care COVID-19 Commission’s interview with Merrilee Fullerton and her deputy shows the pair advocated for stronger measures than what the government was willing to put in place, earlier than they were willing to act.

“You were ahead of the chief medical officer of health in many respects, from your notes anyway,” John Callaghan, the commission lawyer questioning Fullerton, told her.

For instance, Fullerton’s notes from the time suggest she was concerned about asymptomatic spread of COVID-19 in long-term care homes as early as Feb. 5, 2020.

That possibility wasn’t publicly acknowledged by the government until much later.

“I recognize that at times people can overstep, so that was — I needed to listen to the experts and the science and … I was trying to wear my — not my doctor or public health hat, because that’s not the role I had,” she told the commission.

But she noted that her personal history gave her insights into the situation that other politicians may lack.

“I had suspicions early on only — well, because I’m a family doctor and spent many years dealing with the elderly,” she said. “They may not present with typical symptoms, and so you always have to be watching.”

In other cases, such as the directive for staffers to only work at one long-term care home rather than toggling between facilities, potentially spreading the virus, it was legal issues and questions about whether there would be enough staff to keep the homes running that delayed government action.

WATCH | LTC staff weren’t restricted to one home because of low pay: 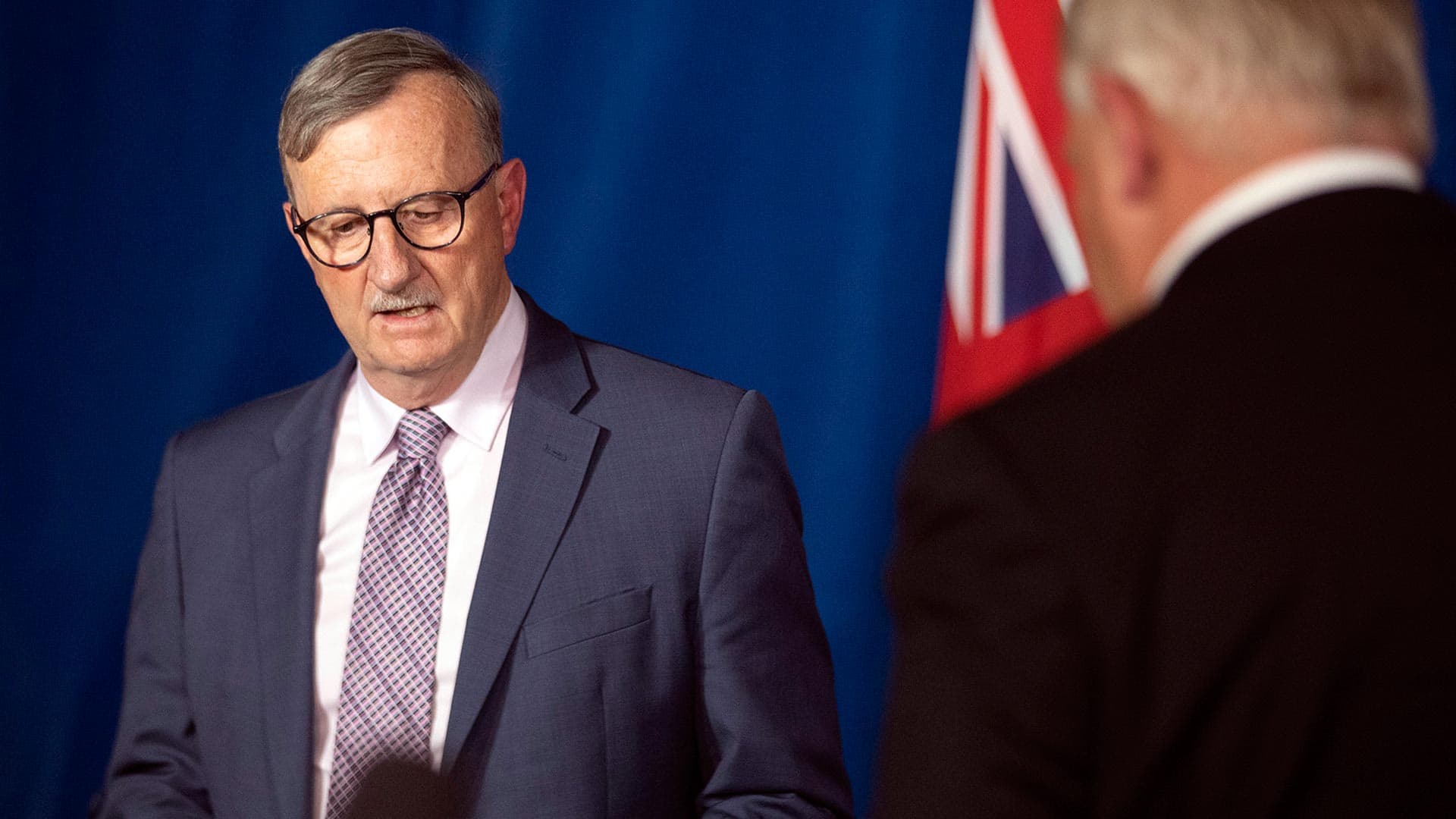 Fullerton also refused to suggest the risk of COVID-19 was low in a video filmed in early March, the transcript shows.

“I was very concerned about doing a video that would show or tell people that the risk was low, even though that was what health experts and the health leaders in Canada were saying,” she said.

Her notes from the pandemic’s first wave, read out during the interview, also show that she advocated for locking down long-term care homes before the province did so and was concerned about staff not wearing PPE at all times the week before the province made it mandatory.

Fullerton told the commission she was also advocating for essential caregivers to be allowed back into long-term care homes as early as May.

Such caregivers — usually family members — weren’t allowed back into the facilities until July, and even then, the Ministry of Long-Term Care has said, the rules were being applied inconsistently until adjustments were made in September.

But she said others — particularly Dr. David Williams, the chief medical officer of health — said the risk of essential caregivers bringing COVID-19 into the facilities was too great.

“I was very eager to get caregivers back into the homes, because I believe it was well-being and emotional well-being,” Fullerton said. “However, others understood differently and had their reasons for understanding the risks that they did, and so it was left.”

Early reliance on Ministry of Health

The transcript also paints a portrait of a nascent ministry thrust into a pandemic before it could gather its bearings.

The Ministry of Long-Term Care was spun off from the Ministry of Health in an effort to “put a lens on the long-standing neglect” of the sector, Fullerton said.

But when the pandemic struck, the Ministry of Long-Term Care was still largely dependent on the Ministry of Health, she said, and when it came time to communicate with long-term care homes about the pandemic, the newly formed ministry was being left out.

“Just wondering why Ministry of Health is issuing, reissuing the guidelines without MLTC,” Fullerton wrote in an email early in the pandemic, which was read out during the interview.

“I understand MOH is the lead, but MLTC must be part of this communication to our own sector.”

Her chief of staff echoed the sentiment in a separate email dated March 31.

“PPE has been deployed to hospitals and correctional facilities. This was done with LTC partners on the line,” he wrote. “We are too often the forgotten partner.”

The commission is set to present a report on April 30 that will include recommendations aimed at preventing similar outcomes in the future, in addition to two interim reports that have already been released.