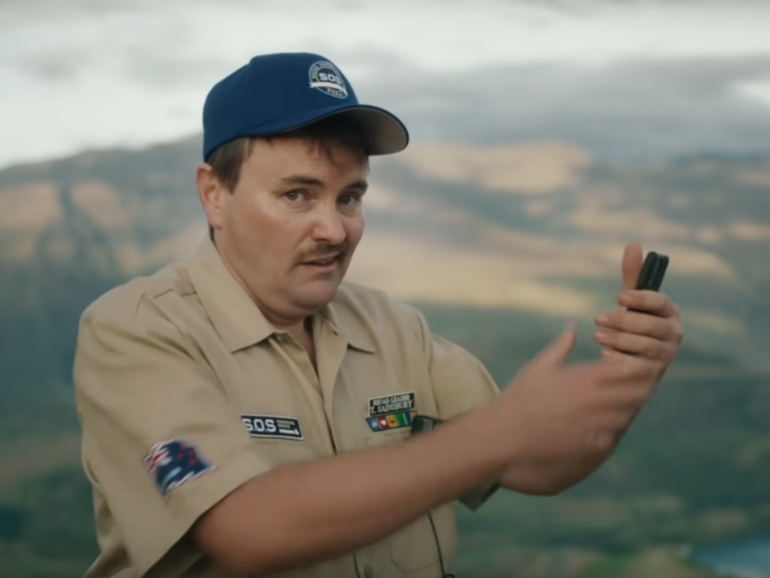 
If you listen to every thought leader on Earth, you might hear a lot of the same things.

I imagine many of them hang out in the same Twitterverse and Clubhouse chats offering each other mutual validation.

So any time a business offers even a slightly different attitude toward social media, I find myself oddly cheered.

Here, for example, is the business known as New Zealand. Yes, they seem to be mostly delightful people, with an oddly sane Prime Minister who successfully dealt with a pandemic.

But the country wants to make money too. And it wants to do it by attracting visitors (eventually).

So instead of pandering to the usual tropes of beautiful vistas and glorious smiles, New Zealand explained why it’s so fed up of Instagram influencers.

With an ad I could watch many times over, New Zealand skewers all those who take “iconic” pictures, shove them on Instagram, thereby encouraging other people to post the very same pictures when they visit.

Corraling the artistic skills of comedian and, um, Snapchat dude Tom Sainsbury, New Zealand attempts to police the unimaginative and encourage them to treat social media with a little more respect.

Sainsbury is a member of the Social Observation Squad. He exists to stop people taking hokey images that infect Instagram. The Summit Spread Eagle, for example.

Yes, yes, you think you’re Jesus on Corcovado, but you’re just a halfwit from Hemel Hempstead who doesn’t have a mind of his own.

Sainsbury is happy to arrest these sorts and attempt to correct their errant social ways.

It’s funny because it’s true. What sort of business wants everyone to post the same pictures? It’s like companies that run the same ad thousands of times with the idea that people won’t loathe them to eternity.

There’s an uplift in seeing a country realize the perils that threaten it. A rare achievement.

But no sooner had I observed this than I encountered something almost as daring.

Here was fashion brand Bottega Veneta smashing its Instagram account to pulp, committing it to hell — or, perhaps, purgatory — with all its 2.5 million followers. The brand’s Weibo account may have 270,000 followers, but who the Bottega cares? The account is gone.

I can just see a million thought leaders cringe in despair.

Yet Bottega Veneta’s thought process has some invigoration.

François-Henri Pinault, chairman and CEO of holding company Kering — sounds like a kettle rather than a luxury conglomerate — offered these words, reported WWD: “Bottega has decided, in line with its positioning, to lean much more on its ambassadors and fans by giving them the material they need to talk about the brand through various social networks, by letting them speak for the brand rather than doing it itself.”

This is quite entertaining, as well as impossibly modest. Why bother offering up those same images shot by the same photographers — so costly and time-consuming — when you can let your foamy accolytes do all the work for you?

I also cannot confirm that one reason for Bottega Veneta’s move is to resist Facebook’s urge to grab every piece of data it can.

Bottega Veneta isn’t the only fashion brand to wonder whether constantly feeding social media is the best use of resources. Switch watchmaker Patek Philippe only posts to Instagram on the 18th of the month.

I did enjoy these words from a Patek Philippe press release announcing the move: “Patek Philippe has decided to organize a rendezvous on every 18th day of the month at 18.39 Geneva time….a subtle reference to 1839 as the year in which the manufacture [sic] was founded.”

Oh, I don’t know about subtle. Pretentious, perhaps? Still, here was Instagram being used as a clubhouse before Clubhouse.

It’s heartening that some larger entities are considering the meaning of social media. And, just as importantly, its worth.

They’re stopping to think whether every single entity needs its own social media presence, which it dutifully fills in order to, what, get a hundred likes?

There are many different ways to sell. Doing it like everyone else doesn’t always work.