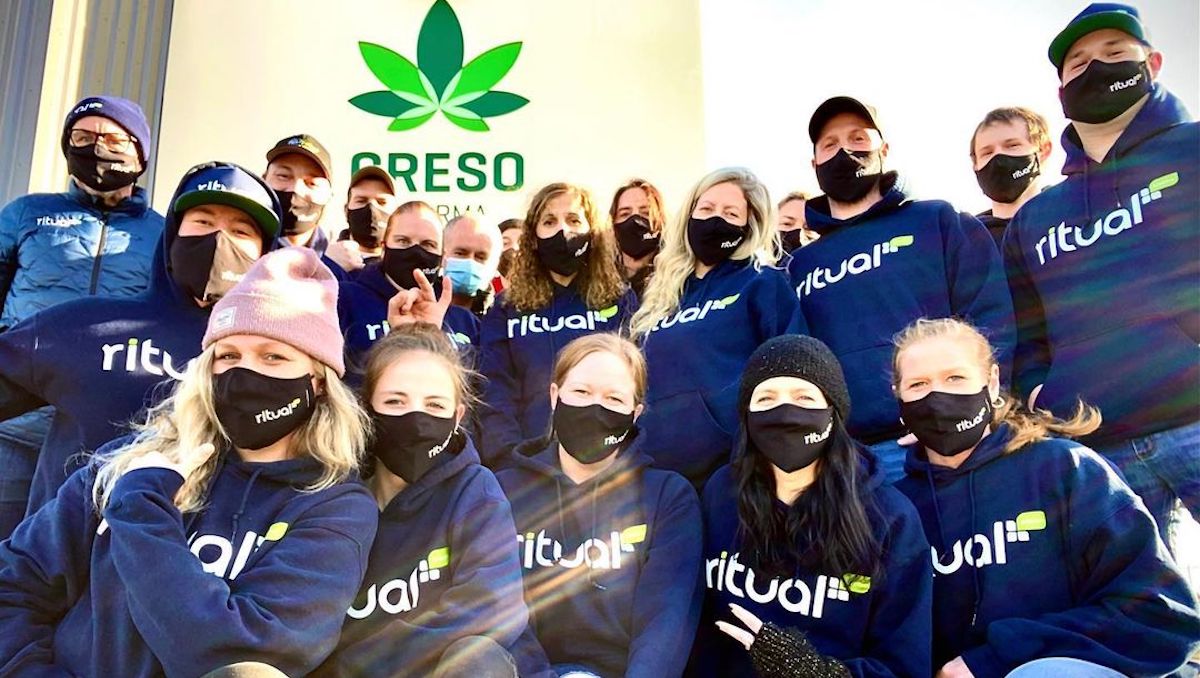 It seems Canadians are taking a liking to the high-quality recreational marijuana that Creso Pharma (ASX:CPH)’s Canadian subsidiary has been producing.

Creso announced this morning that Mernova Medicinal has received four more purchase orders for its Ritual Green products, with a total value of $C494,131 ($502,199).

Two of the orders are from the Ontario Cannabis Store, a crown entity that is the province’s only legal retailer and wholesaler of legal recreational cannabis. The other two are from Cannabis NB in New Brunswick and the Nova Scotia Liquor Corporation, crown corporations that play similar roles in those two provinces.

The $C69,000 ($70,352) order from Mernova’s home province of Nova Scotia is the ninth the company has received from the liquor corporation, highlighting the value of Mernova’s recurring revenue model.

“We are very pleased with the strong demand that we are witnessing for our Ritual Green brand across Canada and the opportunities that are beginning to materialise,” says Mernova managing director Jack Yu.

“Importantly, these purchase orders mark the company’s move into Ontario, which is Canada’s largest recreational market.”

The shorter interval between the last purchase orders and these new ones, and the higher value of these orders, are encouraging signs, Creso says.

“To support the launch and increase brand awareness, Mernova has initiated a number of branding and sales campaigns, including on social media, in coordination with high-profile Canadian influencers,” Yu says.

The company also plans to use these marketing tools to promote other products in the pipeline, including its pre-roll joint range, which will greatly increase the number of options in its product line.

“Mernova has a number of growth initiatives planned in the coming months, and we look forward to providing regular updates to shareholders,” he says.

This article was developed in collaboration with Creso Pharma, a Stockhead advertiser at the time of publishing.

This article does not constitute financial product advice. You should consider obtaining independent advice before making any financial decisions.

Get the latest Stockhead news delivered free to your inbox.

It’s free. Unsubscribe whenever you want.