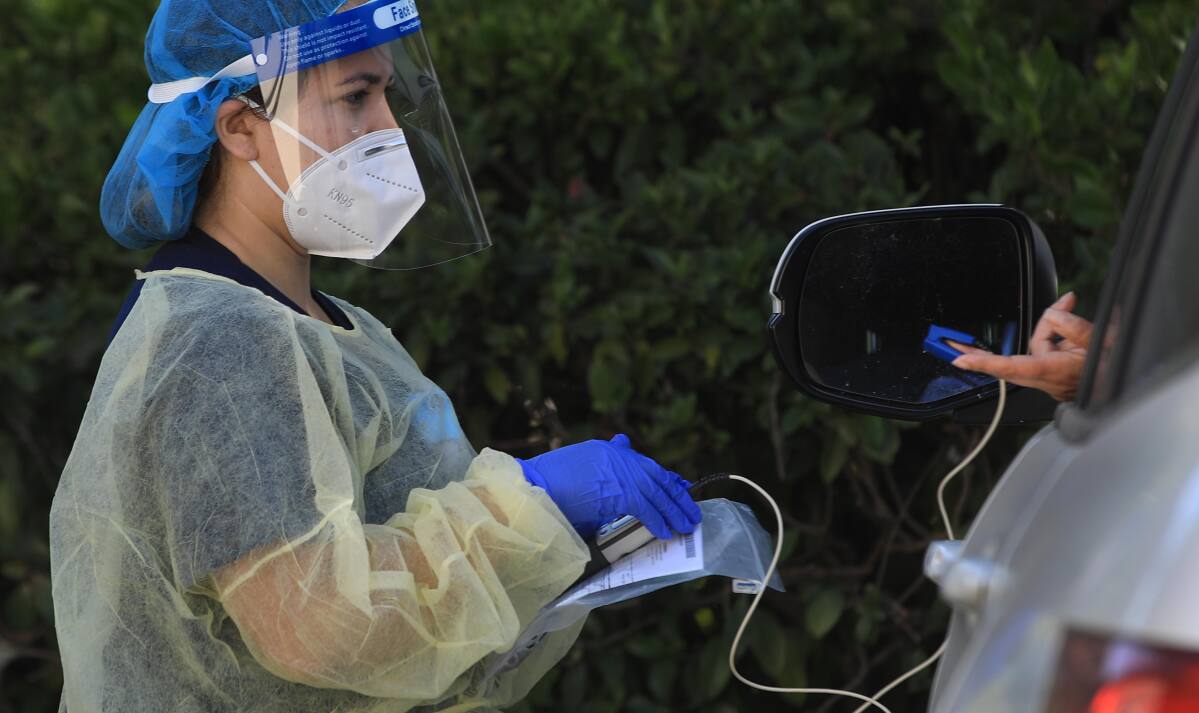 
State modeling suggests that spread of COVID-19 in Sonoma County may be on the decline, but local health officials warn that there’s still a lot of virus circulating in the community and residents must continue to be vigilant.

Sonoma County’s effective viral reproductive rate is currently 0.88, meaning one infection is falling just short, statistically, of leading to another, a pattern likely to result in decreasing local spread of the contagion, according to the California Department of Public Health’s modeling website. The reproductive rate, also called the transmission rate, is the number of people that could become infected by a single person. Anything below 1 means the number of infected people will decrease.

“There are definitely things that might be driving our specific (reproductive number) but it is a good thing that’s it’s under 1,” said Dr. Sundari Mase, the county’s health officer.

Back in mid-August, Mase warned that the county had one of the highest COVID-19 transmission rates in the state, according to the state modeling assessment tool. The tool compiles the country’s most reliable COVID-19 models. At the time, the modeling showed the county’s effective reproductive number at 1.21.

Now, the state assessment tool shows the transmission rate in Sonoma County has declined over the last two weeks. One expert said the data suggests that hospitalizations may be peaking.

“I think we’re still at the crest,” said Dr. Gary Green, medical director of infection control at Sutter Santa Rosa Regional Hospital. “We may be coming down the crest a little bit, but we’re still fairly busy.”

Two weeks ago, the county had the state’s 12th worst transmission rate, with a reproductive rate of 1.21. It now ranks 21st among the state’s 58 counties, with a rate of 0.88.

Other Bay Area counties have been showing improvements in their COVID-19 metrics for several weeks, which Mase said could be due to some experiencing large outbreaks a month or two before the North Bay.

Mase warned Wednesday there’s still a large number of new cases being reported in the county, more than 200 cases per 100,000 population in the past 14 days. That puts the county in the most restrictive tier in Gov. Gavin Newsom’s new reopening framework.

Launched on Monday, the four-tier process places counties into one of four levels of virus containment and relies on two public health metrics for tracking progress to enable locales to gradually restart business operations.

The new plan measures progress based on counties’ cases per 100,000 residents and overall percentage of virus tests that come back positive. While the county needs significant reductions in cases to meet the first threshold, it is meeting the state’s metric for the second.

The state’s new dashboard shows that 6.5% of tests in Sonoma County come back positive for the virus, below the 8% metric required by the state to advance to the next level of reopening.

Mase said counties must wait three weeks before they can advance to a less-restrictive tier after they have shown sufficient progress controlling the virus.

She pointed out that any potential new cases from the evacuation of thousands of residents during the recent wildfires, along with the reopening of hair salons, barber shops and malls on Monday, won’t be seen for several weeks.

Public health officials on Wednesday released information about the three most recent coronavirus-related deaths. The deaths, all local residents over the age of 64 and with underlying health conditions, bring the total number of COVID-19 fatalities to 83.

All three died in the facilities where they lived.

You can reach Staff Writer Martin Espinoza at 707-521-5213 or martin.espinoza@pressdemocrat.com. On Twitter @pressreno.