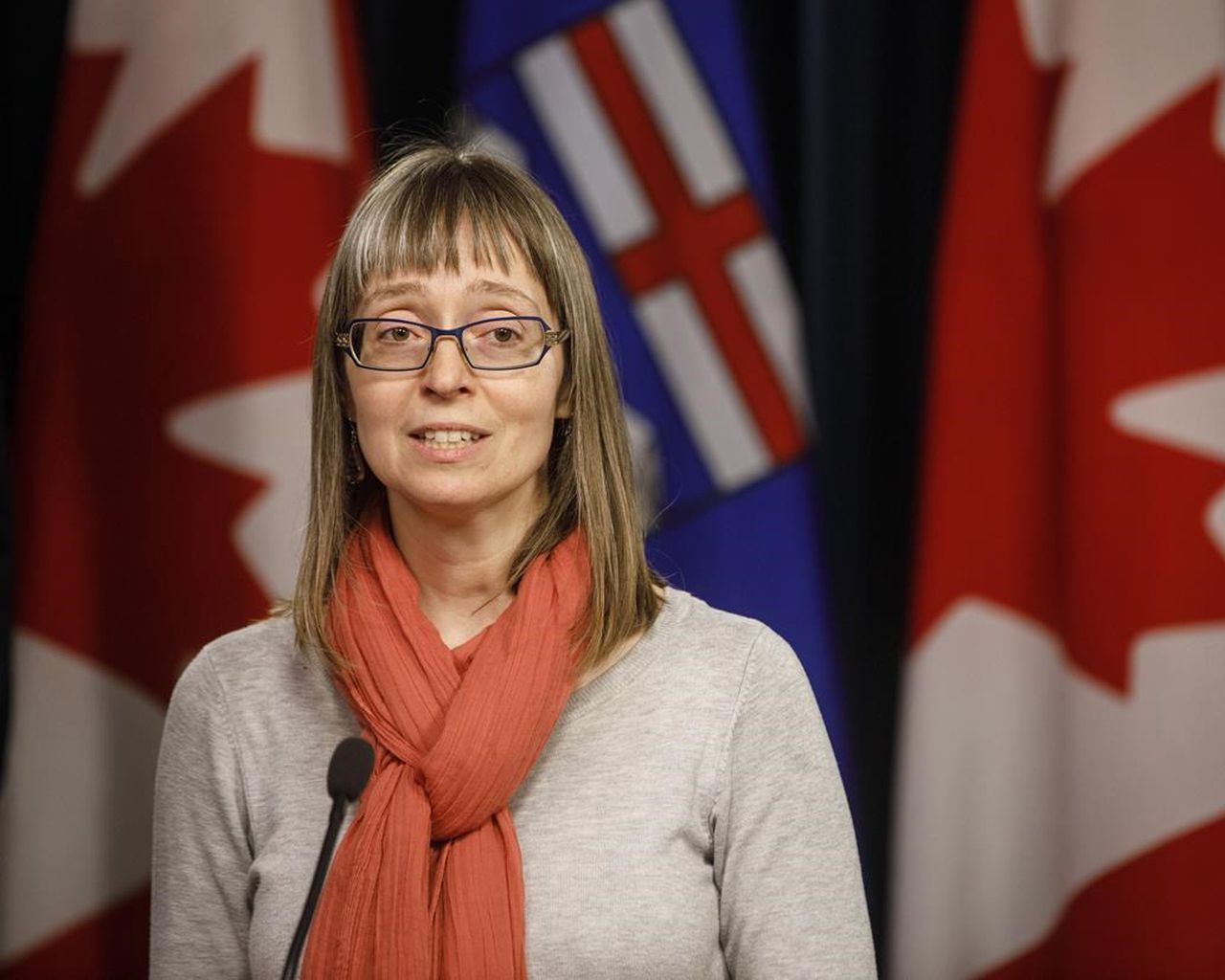 
EDMONTON – A church pastor charged by RCMP for allegedly hosting overcrowded Sunday services says if COVID-19 cases overwhelm the health system, Albertans can fix it by volunteering to help out — and he will too.

“I would reiterate my disappointment particularly in communities that choose to put other members of their community at risk,” Hinshaw told a news conference Tuesday.

Coates is the pastor at GraceLife Church, located just outside Edmonton’s western boundary, which has been tangling with health authorities for two months over COVID-19 rules.

It has not stopped holding Sunday services or limited them to a maximum 15 per cent capacity. It has not adhered to rules on wearing masks or keeping distances. It has also ignored a closure order.

Health officials say following the rules is critical to keeping infection numbers low and preventing the health system from being overrun.

The province was approaching that danger line in late December, when surgeries were cancelled, patients were moved, serious cases were double-bunked and a field hospital was prepped.

At Sunday’s service, Coates told the congregation that he, too, is concerned that the virus could overwhelm the system. But he said if that happens, he’ll pitch in to help.

“If our hospitals are going to go and burst the seams, I’ll get involved. I’ll serve our neighbours. I’ll put myself in the line of fire,” Coates said in his sermon, which was posted on the church’s website. The pastor added that he would urge others to do the same.

“That is a much more humane, honourable, glorious solution for mankind to really come together should we get to that point instead of this false sentimentality where ‘we’re all in this together now.’”

Hinshaw reported 263 new cases of COVID-19 on Tuesday, with 365 people in hospital, and 56 in intensive care.

It’s small fraction of what the health system faced in December, when the government put in lockdown rules as it dealt with close to 1,900 new cases a day and had more than 800 hospitalized.

Hinshaw, when asked to respond to the pastor’s volunteer plan, noted that surging cases put acute pressure on intensive care wards, which are staffed by medical specialists with specialized equipment.

“While I’m sure there are many people who would be well-meaning and interested in helping out, unfortunately … (it’s) not the type of care that can be provided by a volunteer,” she said.

RCMP have said they continue to investigate the Sunday service at GraceLife.

In recent weeks, the church has had congregations of about 300 people.

The church has previously been fined $1,200 and Coates was arrested and charged last week under the Public Health Act.

In his one-hour sermon, Coates boiled the issue down to jurisdiction. Governments, he said, exist to implement God’s plan — a plan that includes freedom of worship.

If government strays from that core mission, he said, the church has a duty to respond.

“We must call government to its God-ordained duty,” said Coates.

“(Any) attempt to dictate to us the terms of worship is not the government’s jurisdiction, and I refuse to give the government what isn’t theirs,” he said.

“Caesar has no jurisdiction here.”

This report by The Canadian Press was first published Feb. 16, 2021.