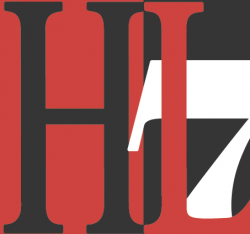 According to leaders from the two groups, the closer collaboration will foster healthcare information interoperability and lead to improvements in patient safety by further facilitating the use of IHTSDO standards with HL7 standards.

[See also: HL7 calls for changes to ONC’s plan for health IT certification.]

IHTSDO and HL7 officials said the groups are jointly working on a number of key global healthcare information technology standards initiatives, including:

According to HL7 Board Chair Bob Dolin, MD expanding on the coordination and collaborative efforts between HL7 and IHTSDO is a major step toward the construction of globally applicable healthcare interoperability standards.

“HL7 is committed to working with IHTSDO and other standards bodies to advance the delivery of safe and effective patient care,” Dolin said.

“Making it easier to use HL7 standards with SNOMED CT will facilitate global standards-based healthcare implementations, where it will add the semantic dimension to interoperability,” said IHTSDO Chief Executive Officer Jan-Eric Slot.

“The closer working relationship between these two leading organizations will improve the uptake and effectiveness of these jointly developed standards by members of both HL7 and IHTSDO,” he added.