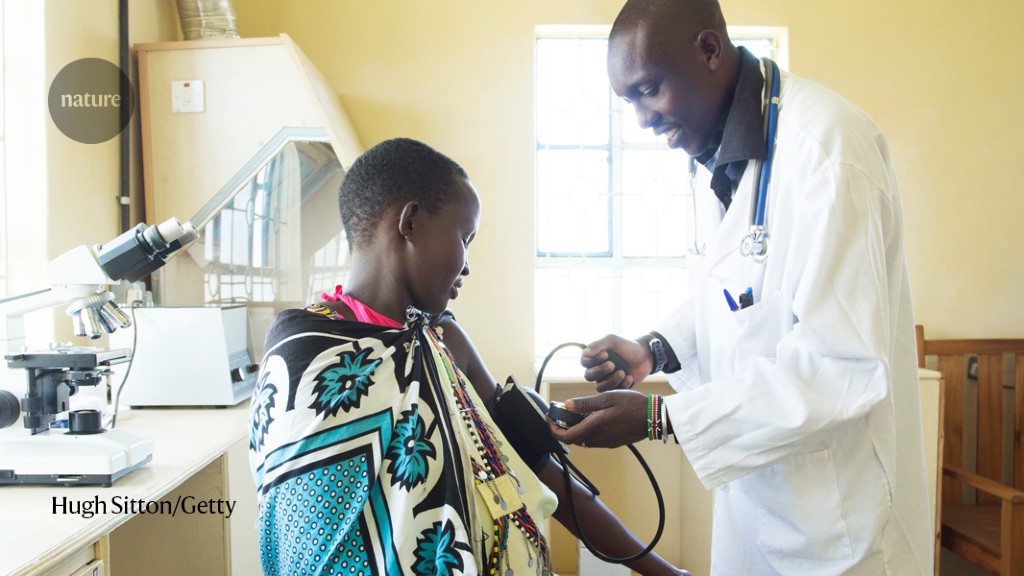 
Many human genome studies ask participants to sign a form that gives them little direct control over how their data will be used. But a panel of researchers in Africa says that this can fuel distrust between researchers and participants, and needs to change.

This stark message comes in a report published last week, Recommendations for Data and Biospecimen Governance in Africa, from a committee of 13 African scientists, whose expertise ranges from bioinformatics to genomics.

The African Academy of Sciences, based in Nairobi, and the African Union Development Agency, based in Addis Ababa convened the group in June 2019 in response to concerns that international research-funding agencies and researchers from high-income countries have a disproportionate influence when it comes to setting research priorities and data-sharing rules in Africa.

The report says that research participants in Africa are especially vulnerable to exploitation. This is because illiteracy and disease are common in Africa, and many people have poor access to medical care. By participating in research, people can access doctors when they are unwell.

It is currently accepted practice in genomics research for data-access committees — groups of experts that are independent of researchers and funders — to decide who gets to see and use genomics data. The report’s authors want research participants in Africa to have more of a say in decisions made about their data, and, in particular, to avoid what is called ‘broad consent’, which allows researchers to re-use data to answer new research questions, subject to access-control regulations. “This requires participants to cede their autonomy to researchers entirely,” they write.

“Broad consent has been a dogma of the funder,” says Godfrey Tangwa, a philosopher and bioethicist who is emeritus at the University of Yaoundé 1 in Cameroon and one of the report’s authors. He says research funders do make ethics a priority for their research — but that their ethics guidelines often serve the funders’ needs, not those of research participants.

A conflict of interest

International funders, “especially those disbursing public money, need to return tangible deliverables to the countries they represent, increasingly in the form of samples and data”, the report’s authors write. The same funders can be developing ethics guidelines, while also funding research, and this can create a conflict of interest for funders, the authors contend.

“Researchers in Africa work under significant financial restraints, and consequently often remain beholden to foreign research funders,” the report adds. “This creates an inequitable relationship where foreign funders hold the upper hand and can unduly influence the ability of African researchers to conduct their research or the way they do so.”

One effort to boost Africa’s genomics capacity is a US$180-million project called Human Heredity and Health in Africa (H3Africa). Funded by the US National Institutes of Health (NIH) and the UK biomedical funder Wellcome, it has been running for nearly a decade, supporting Africa-based investigators to tackle genomic causes of disease on the continent.

Even when internationally funded projects are led by African researchers, those researchers might not feel empowered to contradict their funders, says Tangwa. “Everybody is afraid of annoying or upsetting the funders, so everyone keeps quiet,” he says.

The report recommends that research projects use what is called ‘tiered’ consent. This allows research participants to select from a list of options they consent to their data being used for. For example, they could say that their data can be used only for the specific study for which it was collected; alternatively, they could allow data to be used in future studies relating to a specific disease. A third tier could allow researchers to use the data for any health-related studies. This would be similar to broad consent — but the difference is that participants would have a choice about it.

However, opting out of broad consent could put African countries at odds with other nations in fields such as genomics, in which the use of broad consent is common. It could also complicate the storage of biological samples in biobanks, which were set up with the aim of sharing samples and data derived from them, as a resource that researchers can use for decades, or even centuries, to come.

Jennifer Troyer, the NIH programme director for H3Africa, told Nature that the programme recommends broad consent so that African genomic data can be included in global analyses. Without broad consent, she says, such data may be left out of future analyses, which “will only increase the gap in knowledge about communities that are underrepresented in available data sets”.

Charles Rotimi, director of the trans-NIH Center for Research on Genomics and Global Health in Bethesda, Maryland, but speaking in a personal capacity as a geneticist born in Nigeria, thinks African scientists are in danger of becoming too protective of their data, to the detriment of global science and the benefits it can bring to all of humankind.

“Most of the success that genomics has enjoyed or achieved is because of global interaction between science and data,” says Rotimi. “Why is it that Africa wants to become quite selfish in our approach to sharing data and getting our community involved in different efforts? I’m not sure whether this position is actually designed to protect communities, or if it’s protecting ethicists and scientists.”

The United Kingdom’s 100,000 Genomes Project — which has collected DNA samples for use in investigating genetic causes of rare diseases — also asks participants for broad consent. “It boils down to being able to be as confident as you can to do the best by somebody who has an illness,” says Mark Caulfield, the project’s chief scientist. Fiona Maleady-Crowe, the programme’s head of ethics, says that using broad consent means the data from the 100,000 genomes project could be used to study new diseases such as COVID-19, which might not have been possible under other more-restrictive consent types.

But Ambroise Wonkam, a geneticist at the University of Cape Town (UCT) in South Africa and a member of the committee that drew up last week’s report, says that, in his experience, most participants will choose the broadest consent tier. The spirit behind the tiered approach is not to restrict data use, but rather to create a structure of engagement that fosters trust with participants.

“If you really engage with the patient, you will find they are interested in sharing their data,” says Wonkam, who is also co-chair of the H3Africa consortium and a co-investigator on one of its projects. The committee, he adds, is not against open science — quite the opposite, in fact.

“I don’t think any single one has any interest in gatekeeping science,” he says. But that openness can’t come at the expense of research that participants trust and support — an issue that he says is critical in Africa because of the continent’s history of colonialism.

Nicki Tiffin, a bioinformatician on the committee and Wonkam’s colleague at UCT, points out that scientists’ desire to do research cannot supersede the legal and ethical rights of participants, nor should scientists assume that they have a moral or ethical superiority over participants.

“Equitable and respectful research practices, with transparent and honest informed-consent processes, as well as fair benefit-sharing, will do much more to enhance research participation and to further scientific discovery than large-scale appropriation of samples and data without consent,” she says.