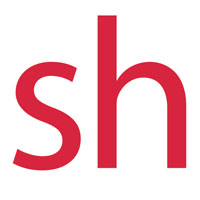 OTTAWA, Ontario (AP) — Canada, the U.S. and a coalition of 56 other countries on Monday endorsed a declaration denouncing state-sponsored arbitrary detention of foreign nationals for political purposes.

The new declaration was the result of a campaign to free Canadians Michael Kovrig and Michael Spavor from Chinese prison. The two were arrested in apparent retaliation for the arrest days earlier of a top Chinese tech executive Meng Wanzhou, a Huawei official and the daughter of the company’s founder.

Canadian police detained Meng in Vancouver on a U.S. extradition request in December 2018. She faces fraud charges in the U.S. and her extradition case is before the Canadian courts.

U.S. Secretary of State Antony Blinken said the U.S. “wholeheartedly” endorsed the declaration and called “on all like-minded countries to work together to pressure the nations that engage in such detentions to put an end to this practice, to release those detained under such conditions and to respect the rule of law and human rights.”

While ending Kovrig’s and Spavor’s Chinese imprisonment remains Canada’s top priority, the new declaration was meant to be a broad denunciation of coercive practice in other countries, such as Russia, Iran and North Korea.

Canadian Foreign Affairs Minister Marc Garneau said the new declaration is “country-agnostic” and that he wants to recruit more countries as signatories with the goal of ending the practice everywhere and to discourage other countries from taking it up.

Kenneth Roth, the head of Human Rights Watch, said, “The Chinese government’s detentions of the Canadians Michael Kovrig and Michael Spavor epitomizes this despicable practice,” though he said China has subjected Australian citizens to similar tactics.

“It is totally unacceptable if citizens from our country go to another country either to visit or to work there, that they have to live in fear that they could become a bargaining chip,” Garneau said.

Other signatories included nations such as the U.K, France, Australia, Germany, Malawi, Sweden and Panama.