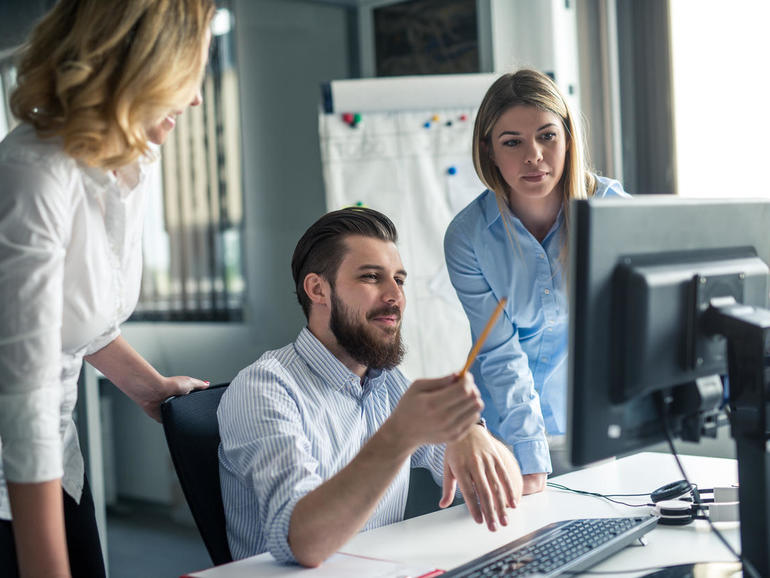 
What is an IT director?

What does an IT director do?

IT directors ensure that internal technology operations run effectively and smoothly, although beyond that job descriptions can vary wildy. In general, they seek out new technological options and ensure that they are integrated into the existing technology stack, they oversee the maintenance of these systems and services on an ongoing basis, and also make sure that their internal IT operation is well-resourced and well-staffed. IT directors help set policy and meet governance requirements relating to business technology, particularly when it comes to risk and cybersecurity, where they might work alongside the chief information security officer (CISO).

What skills does an IT director have?

IT directors usually have a very strong technical background, because the role is so wide ranging, covering everything from basic technology infrastructure to strategic planning. Many IT directors have risen to their elevated position through the lower ranks of the IT department, perhaps starting as software developer or project manager before moving into upper management. In addition to being technically adept, IT directors will poses a key range of business abilities and soft skills: budget control, strategic thinking, policy setting, business analysis, team leadership, and vendor management.

SEE: How to become a CIO: A cheat sheet (TechRepublic)

As the use of technology has changed over the past ten years, so the job description for the IT director has changed too. Organisations have begun to rely less on internal development and more on cloud-provided services, so IT directors now spend less time tinkering with systems and more time talking with people, meaning strong communication skills are highly valued and not just technical knowledge.

What’s the history of the IT director role?

In comparison to other C-suite roles like finance director and chief executive, technology leadership is still a relatively young management discipline. The first IT professionals were employed to help their organisations manage mainframe systems. As computers became more integral to the way we work, so technology leaders – be they IT directors or CIOs – started to be appointed.

IT director was the more commonly used term initially. Through the late 1990s and into the new millennium, it became customary for the top executive in a business to take the CIO moniker. While that’s still often the case, it’s not a hard and fast rule – many organisations still use the IT director title to describe their most senior tech executive, or use closely related titles, such as head of IT, head of technology, vice president of IT, or VP of technology.

What’s the difference between an IT director and a CIO?

Apart from the job title, the roles are perceived to have a subtly different focus. Many big organisations now employ a CIO and an IT director. Where both executives are in situ, a split in responsibilities is likely to occur.

IT directors are more likely to ensure day-to-day technology operations meet the mark, covering areas such as system uptime, service maintenance and vendor agreements. CIOs, on the other hand, are seen as the outward face of the technology department – CIOs spend less time in the data centre and more time engaging with their business peers in an attempt to understand how technology can be used to help meet their demands.

The rise of CIOs means the IT director is now often seen as being more of a back-office role. IT directors are sometimes viewed as being reactive and tactical; they respond to business challenges and business requests, managing service, governance and stability, rather than really transforming the organisation with innovative digital services.

How do companies split responsibilities between IT directors and CIOs?

It’s important to note that the back- and front-office split between IT director and CIO responsibilities is just a guide. Some companies employ both, some have an IT director who fulfils CIO-like functions, and some have neither, choosing instead to employ a chief technology officer (CTO). This position is particularly common in technology-led firms, where CTOs are expected to take an outward-facing role and to help lead digital R&D and innovation in the business.

The general perception across the tech labour market is that IT director – because it’s an older job title – is a less influential role than that of CIO. However, research from recruiter Harvey Nash and consultant KPMG suggests the job titles – and the multiple variations, such as head of IT and VP for technology – are still interchangeable.

And where both roles do exist in a single company, Lily Haake, head of the CIO Practice at recruiter Harvey Nash, says the typical pattern is that IT directors, with a range of remits and responsibilities, report to CIOs as part of a complex federated organisational structure.

Kieran Delaney became director of IT at drinks-dispensing specialist Innserve in April 2016. His team develops its own applications for a range of business functions, from office-based call logging and planning to Android mobile tools that are used by the firm’s 400-plus field-service engineers.

Delaney joined Innserve in 2003 and worked his way through various levels of the business on his way to leading IT. He started working for the company as a maintenance call scheduler and subsequently as an operations project manager and IT systems analyst. After honing his technology and management expertise, Delaney joined the senior management team as director of IT.

“There’s seven of us at an executive level who all have responsibility for different areas of the business. I think that’s the biggest thing for me for becoming director of IT – it’s learning about those higher levels and about how our department interacts with others and about that openness in communication,” he says.

“I’m really fortunate that we have a wonderful team at a higher level and I’ve got that support from those guys, and they’ve all been massively instrumental in my ability to get on with my job because we work together as a team. The one thing that I’ve learned is you can’t do everything on your own and that a support structure is massively important.”

Delaney, who reports to the firm’s chief operating officer, says he fulfils a hands-on management position. His role as director of IT is to drive change, which means trying to use technology to empower people and to ensure that systems and services are not an obstacle to what the rest of the organisation wants to achieve. Delaney says IT directors must work closely with their business peers and understand their challenges.

“Together, you make better decisions and I think you’re better informed as well when you made those decisions,” he says. “I think it can be quite easy to work in isolation and often you can just go off and assume you know best. It goes all the way back to, for example, our engineers using their apps in the field – I don’t do their job; I need to find out what suits them, rather than what suits me. And I think that’s been a massive lesson for me.”

What’s the career path for an IT director?

Like Delaney, many IT directors tend to take a upwards path through the IT department. They might start off coding or as software developers before heading up a team, getting a taste for IT project management, and then finally stepping up to the more senior IT director role. Harvey Nash and KPMG research suggests almost a third (31%) of IT leaders left their last job to further their career prospects.

Some IT directors will move into CTO or CIO positions, if their company offers that transition, or they might move to a new business altogether when a suitable opportunity arises. Movement from the IT director position into other C-suite positions, notably chief executive officer, remains rare but the switch can occur in tech-focused businesses.

Should you be looking to take on the CIO title if you’re still known as an IT director?

IT executives can be obsessed – too obsessed, perhaps – with the job title they hold. The short history of the IT leadership position is one of fashions in nomenclature. While CIO might be a more common title for the person leading IT director these days, CTOs, chief digital officers and chief data officers also now claim some of the tech chief’s territory.

The constant chopping and changing of job titles does little to help boost the perception of IT leadership. It’s been a tough battle for IT directors, who were once seen as simply fulfilling a service in the organisation, to win the respect of board members. IT directors have worked hard to show they understand business matters as well as technology concerns.

Worrying over what job title looks best on your resume is likely to be seen as a trivial concern. What really matters if you want to be a successful business leader is what you do in the day job, not just what’s in your job description. Smart IT executives, such as Delaney, recognise that opportunities come to those who help their organisations to embrace digital transformation, regardless of their job title.

Are IT directors looking to become CIOs?

Harvey Nash’s Haake says most of her IT leadership contacts are less-fussed about having ‘chief’ in their title than many might have been anticipated. She says the firm’s analysis shows that to be the case, too: “For some people, the title CIO is nice to have but, actually, it’s more about the remit. We’ve recruited roles with the title ‘lead’ that are paying up to $700,000.”

She recognises that perceptions around job titles can mean it’s harder for people to accept taking on a job that involves moving from a CIO role to one badged as IT director. However, smart executives recognise that IT leadership is all about being trusted to drive change, regardless of your job title.

“Sometimes it’s difficult for us as headhunters to convey that remit, when we’re trying to attract people and take them out of roles. But of course, if you explain the remit – and they have the right influence over the business – then they start to see the plus points of the role,” says Haake.

How much are IT directors paid?

Harvey Nash and KPMG research suggests close to 60% of IT leaders say ‘good pay’ is the most important factor when looking for a new job. Their research also shows that the average IT leader (CIO, CTO and IT director positions) earns close to £120,000. Annual salaries for lower-ranking IT directors tend to be around £85,000.

Like the CIO role, the IT director remains in a state of almost-constant flux. Some IT directors, who are focused on back-office concerns rather than digital transformation, might find that their ability to carry on climbing the management career ladder is limited.

Rather than simply aiming to assume the CIO position, IT directors should be thinking about how their technology and business leadership skills equip them to extend their influence into other areas of the enterprise, including operations, products and facilities management.

“If you’re a leader with ambition – then you’d want the IT director role to be a stepping stone to a C-suite position that’s got significant influence over what the business does,” says Haake.