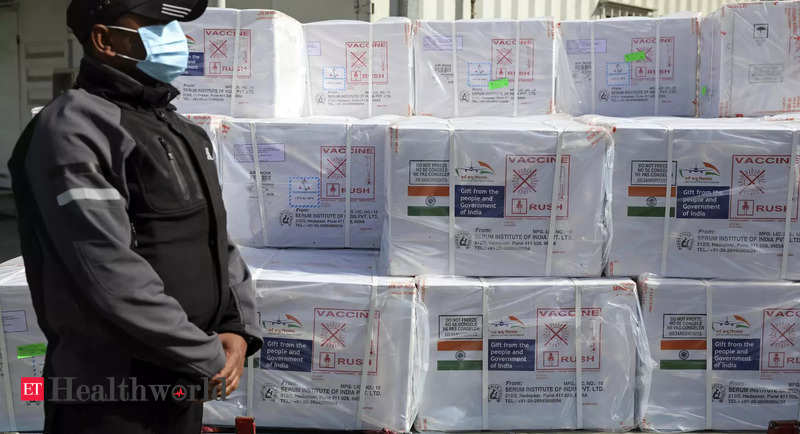 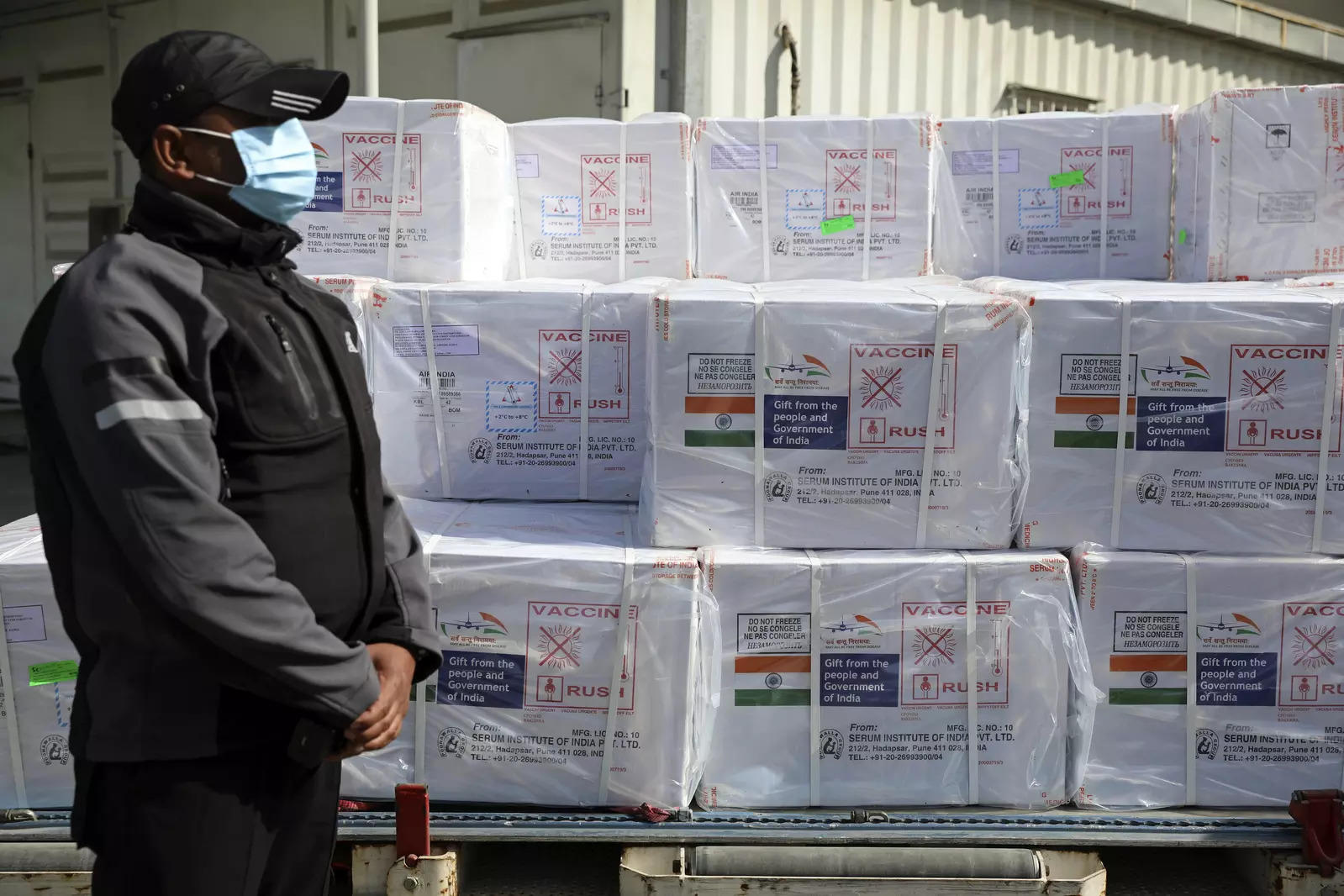 NEW DELHI: India, the unmatched vaccine manufacturing power, is giving away millions of doses to neighbors friendly and estranged. It is trying to counter China, which has made doling out shots a central plank of its foreign relations. And the United Arab Emirates, drawing on its oil riches, is buying jabs on behalf of its allies.

The coronavirus vaccine — one of the world’s most in-demand commodities — has become a new currency for international diplomacy.

Countries with the means or the know-how are using the shots to curry favor or thaw frosty relations. India sent them to Nepal, a country that has fallen increasingly under China’s influence. Sri Lanka, in the midst of a diplomatic tug of war between New Delhi and Beijing, is getting doses from both.

The strategy carries risks. India and China, both of which are making vaccines for the rest of the world, have vast populations of their own that they need to inoculate. Though there are few signs of grumbling in either country, that could change as the public watches doses get sold or donated abroad.

“Indians are dying. Indians are still getting the disease,” said Manoj Joshi, a distinguished fellow at the Observer Research Foundation, a New Delhi think tank. “I could understand if our needs had been fulfilled and then you had given away the stuff. But I think there is a false moral superiority that you are trying to put across where you say we are giving away our stuff even before we use it ourselves.”

The donating countries are making their offerings at a time when the United States and other rich nations are scooping up the world’s supplies. Poorer countries are frantically trying to get their own, a disparity that the World Health Organization recently warned has put the world “on the brink of a catastrophic moral failure.”

With their health systems tested like never before, many countries are eager to take what they are offered — and the donors could reap some political good will in reward.

“Instead of securing a country by sending troops, you can secure the country by saving lives, by saving their economy, by helping with their vaccination,” said Dania Thafer, the executive director of the Gulf International Forum, a Washington-based think tank.

China was one of the first countries to make a diplomatic vaccine push, promising to help developing countries last year even before the nation had mass produced a vaccine that was proved to be effective. Just this week, it said it would donate 300,000 vaccine doses to Egypt.

But some of China’s vaccine-diplomacy efforts have stumbled from supplies arriving late, a lack of disclosure about the efficacy of its vaccines and other issues. Chinese government officials have cited unexpectedly strong needs at home amid isolated outbreaks, a move that could blunt any domestic backlash.

Even as Chinese-made vaccines spread, India saw a chance to bolster its own image.

The Serum Institute of India, the world’s largest vaccine factory, churns out the AstraZeneca-Oxford vaccine at a daily rate of about 2.5 million doses. That pace has allowed India to begin to dole out doses free of charge to neighbors. To much fanfare, planeloads have arrived in Nepal, Bangladesh, Myanmar, the Maldives, Sri Lanka, the Seychelles and Afghanistan.

The Indian government has tried to score publicity points for doses shipped to places like Brazil and Morocco, though those countries purchased theirs. The Serum Institute has also pledged 200 million doses to a global WHO pool called Covax that would go to poorer nations, while China recently pledged 10 million.

For now, the Indian government has room to donate abroad, even after months when cases soared and the economy was hobbled, and even as it has vaccinated just a tiny percent of its 1.3 billion people. Part of the reason for a lack of backlash: the Serum Institute is producing at a faster rate than India’s inoculation program can currently handle, leaving extras for donations and exports.

And some Indians are not in a rush to get vaccinated because of skepticism over a homegrown vaccine called Covaxin. The Indian government approved its emergency use without disclosing much data about it, leading some people to doubt its effectiveness. While the AstraZeneca-Oxford jab has faced less skepticism, those getting vaccinated don’t have a choice of which vaccine they receive.

For India, its soft-power vaccine drive has given it a rejoinder to China, after years of watching the Chinese make political gains in its own backyard — in Sri Lanka, the Maldives, Nepal and elsewhere. Beijing offered deep pockets and swift answers when it came to big investments that India, with a layered bureaucracy and slowing economy, has struggled to match.

“India’s neighborhood has become more crowded, more competitive,” said Constantino Xavier, who studies India’s relations with its neighbors at the Centre for Social and Economic Progress, a New Delhi think tank. “The vaccine push bolsters India’s credibility as a reliable crisis-responder and solutions provider to these neighboring countries.”

One of India’s largest donations has been to Nepal, where India’s relationship has been at a historic low. Sandwiched between India and China, the tiny country is strategically significant to both.

Over the past five years, following border disputes and what some in Nepal criticize as a master-and-servant relationship with India, the government of KP Sharma Oli, the prime minister, began cozying up to China. Oli held workshops on “Xi Jinping Thought,” based on the strategies of China’s top leader, and signed contracts for several projects as part of the Belt and Road Initiative, Beijing’s infrastructure and development push.

But the prime minister started losing his grip on power last year. As both Chinese and Indian delegations arrived in Kathmandu to steer Nepal’s domestic political jockeying, the Nepali leader seems to have lowered the temperature with India.

After Oli sent his foreign minister for talks in New Delhi, India donated 1 million doses. China’s Sinopharm has also applied for Nepal’s approval of its vaccine, but drug authorities there have not given it the go ahead.

“The vaccine emerged as an opportunity to normalize ties” between Nepal and India, said Tanka Karki, a former Nepali envoy to China.

The United Arab Emirates, which is rolling out vaccines faster than any country except Israel, has begun donating Chinese-made Sinopharm vaccines it purchased to countries where it has strategic or commercial interests, including 50,000 doses each to the Seychelles, the island nation in the Indian Ocean, and Egypt, one of its Arab allies.

But in Egypt some doctors balked at using them, because they said they did not trust the data the UAE and the vaccine’s Chinese maker had released about trials. The government of Malaysia, one of the Emirates’ biggest trading partners, declined an offer of 500,000 doses, saying that regulators would have to independently approve the Sinopharm vaccine. After regulatory approval, Malaysia bought vaccines instead from Pfizer of the United States, the AstraZeneca-Oxford vaccine and one made by another Chinese company, Sinovac.

Even accepted goodwill can be short-lived. Witness Sri Lanka, where India and China are in a battle for influence.

Since Gotabaya Rajapaksa took office as president in 2019, New Delhi has struggled to get his government to commit to a deal his predecessor signed to complete a terminal project at the Colombo port to be developed partly by India. While large Chinese projects continued, Rajapaksa opened the Indian deal for a review.

Hoping to stress the importance of the project, Jaishankar, the Indian foreign minister, visited last month. That same month, 500,000 vaccine doses arrived from India. Rajapaksa was at the airport to receive them. Sri Lanka has also placed a purchase order of 18 million doses from the Serum Institute, the health ministry in Colombo confirmed.

The Indian media treated both as a diplomatic victory, and it seems clear Sri Lanka will depend largely on India for vaccines. But on Jan. 27, Rajapaksa received another gift, from China: a pledge to donate 300,000 doses.

The dueling donations are just part of a much larger diplomatic dance. Still, a week later, Rajapaksa’s Cabinet decided that Sri Lanka was developing the Colombo terminal on its own, pushing India out of the project.