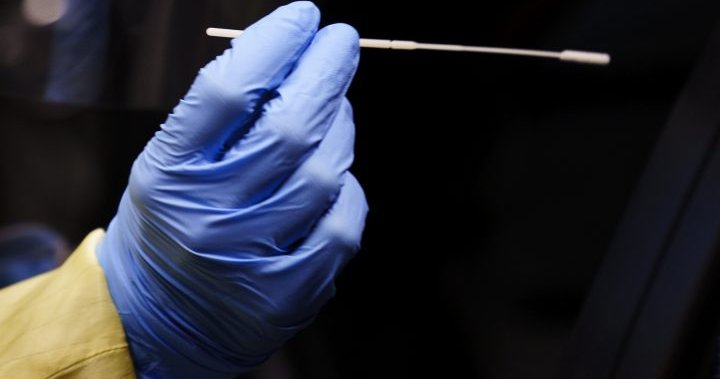 Canada added another 3,127 new cases of COVID-19 on Thursday as health officials warned of newly-discovered variants being reported across the country.

Thursday’s case data pushed the country’s total caseload to 817,168, of which at least 758,000 people have since recovered. Another 84 fatalities linked to the virus were reported by health authorities on Thursday, with Canada’s death toll standing at 21,088.

To date, Canada has also administered over 23.2 million tests and 1.1 million vaccine doses.

Read more:
Canada’s vaccinations are lagging U.S., U.K.. Why experts say that shouldn’t be the focus

The increase in cases came amid renewed warnings from Canada’s top doctor, who said many areas in the country still continue to suffer from high infection rates despite the downward trend in new cases.

In a statement Thursday, Canada’s chief public health officer Dr. Theresa Tam warned that the emergence of new COVID-19 strains was an additional cause of concern in the country’s fight against the pandemic.

A total of eight provinces have either recorded new cases of the B.1.1.7. variant, which was first discovered in the U.K., the N501Y.V2 variant, discovered in South Africa, as well as a new variant of the virus that first emerged in Brazil.

All the variants have been a major cause of concern for many public health agencies in Canada and abroad, as many experts have concluded them to be much more transmissible than the more prevalent strain of COVID-19 circulating.

“Although it is normal for variants to emerge as viruses continuously evolve, these are considered ‘variants of concern’ because they are known to spread more easily,” wrote Tam.

“There is also a possibility of reduced protection of current vaccines. This is why we need to maintain the strictest vigilance in our public health measures and individual practices.”

Ontario added 945 new cases of COVID-19 on Thursday, as well as another 18 deaths. The province’s education minister announced that March Break would be suspended for students until the week of April 12, citing concerns over the spread of the virus.

In Quebec, another 37 deaths were reported bringing the provincial death toll to 10,149. Another 1,121 cases were added by health authorities there on Thursday.

Another 449 new cases were reported in B.C. Thursday, of which three were considered “epi-linked”, meaning cases that were never formally tested but were in close contact with confirmed infections and had displayed symptoms. Nine more deaths were also reported by the province.

Alberta added another 351 cases on Thursday, as well as 16 new deaths.

2:57
Health Matters: What should Canada do with leftover COVID-19 vaccine doses?

Health Matters: What should Canada do with leftover COVID-19 vaccine doses?

In Atlantic Canada, new cases of the virus were announced by several provinces. Newfoundland and Labrador reported a whopping 100 new cases on Thursday as the province grappled with an outbreak in its Eastern Health region.

Both Nova Scotia and New Brunswick added another two new cases, while P.E.I. did not report any new infections.

The Northwest Territories added another four new cases on Thursday while Nunavut reported three. The Yukon did not add any new cases.

To date, a total of 107,767,000 cases have been recorded worldwide, according to Johns Hopkins University. Over 2,368,300 people have also succumbed to the virus, with the U.S., India and Brazil continuing to record the highest amount of cases and deaths.