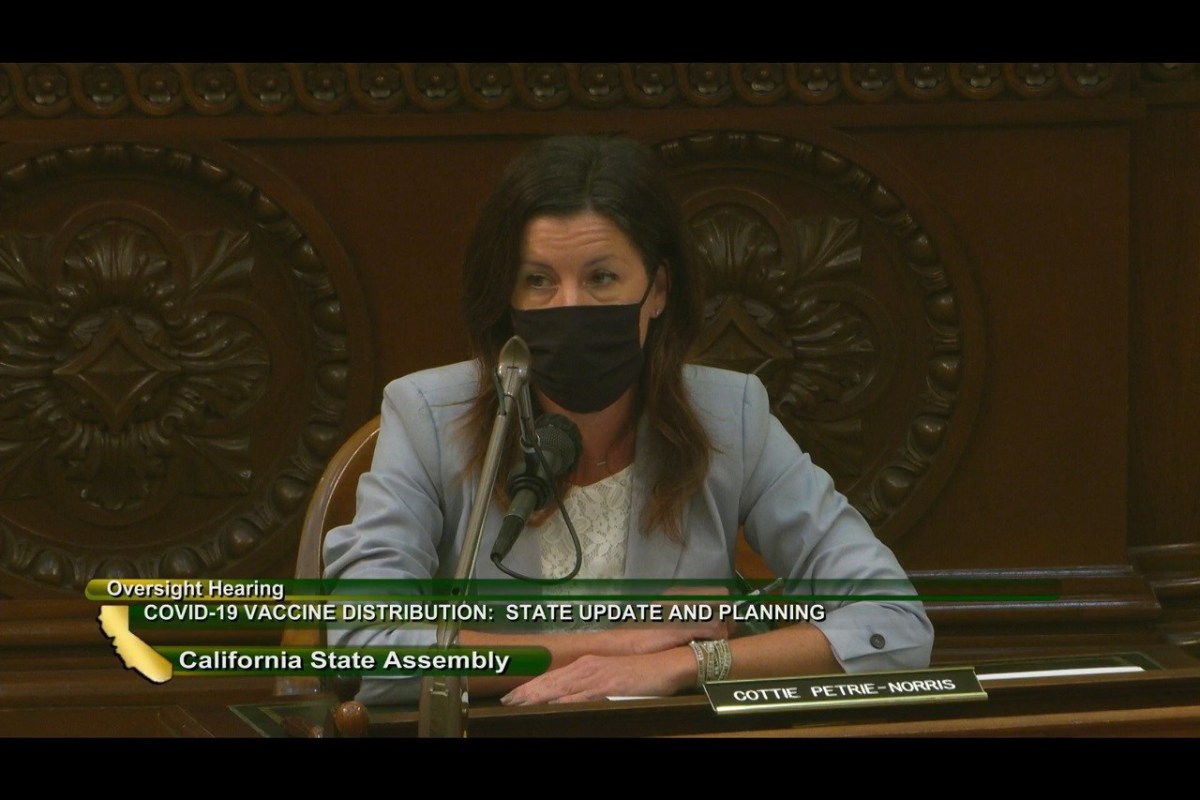 
Lawmakers and health officials say they are making progress in vaccinating California, but the distribution and data management has been poorly managed.

(CN) — California’s foray into mass vaccination against Covid-19 has been marred by poor data management that has given an inaccurate snapshot on how many people have received their inoculation against the virus.

During a Wednesday oversight committee hearing, lawmakers lobbed questions at state health officials about the numerous stumbles across the state and also why the distribution of vaccines has been so imbalanced and difficult.

“What we are doing now is not working. What I have seen so far in this rollout is nothing short of chaotic,” said California Assemblyman Jose Medina, who represents Riverside County in the southern part of the state.

California’s phased process currently allows seniors 65 and older to receive vaccinations as well as health care workers. Certain populations are eligible to receive a vaccination where supplies are available, including food and agriculture workers, teachers and childcare providers, along with emergency service workers.

The latest data shows roughly 1 in 5 Californians have received the vaccine, or about 5 million vaccines in total.

But the rollout has been uneven given based on certain overlooked populations.

There’s also a discrepancy in how data is collected by the state, according to county health officials who testified during the Wednesday hearing.

Health officials in Yolo County do not have the race/ethnicity data for roughly one-third of the people vaccinated, according to County Health Officer Aimee Sisson. Doses received and administered by the county don’t line up with the state’s tally, and roughly 30% of doses administered in the county of 220,000 are missing from the state’s registry.

That’s alarming to Sisson because that data gives a false sense of progress and could determine future allocations of vaccines.

“It is imperative that allocation decisions be based on accurate data,” Sisson said. “A decision based on bad data will be a bad decision.”

Paul Simon, chief scientist from Los Angeles County, said the county of roughly 10 million has administered 1.2 million doses. But he’s almost positive that the data is off on the state registry.

“We’re struggling with the data,” Simon said, echoing most of Sisson’s frustrations.

This could mean certain pockets of the state could be overlooked as more vaccines become available, which would exacerbate the equity issue.

“That’s why we say data is so important,” said Tomás Aragón, director of the California Department of Public Health. “Over the past several weeks this has been an incredibly intense focus for us, improving the data. Without good data, we’re not going to have the ability to achieve any of our goals.”

The handling of the statewide vaccination program prompted California to reach out to healthcare provider BlueShield of California to take over the effort. That’s set to be up and running in the next few weeks and will address the equity issue across the state, Richardson said.

While the healthcare provider is set to smooth out the distribution of vaccines, health officials on the ground are still in the dark about how they will fit into that model.

Sisson and Simon said it’s unclear if they’re going to continue administering vaccines or if BlueShield takes over the brunt of the task. Marta Green, chief of CalPERS Health Plan Research and Administration, said BlueShield will be reaching out to individual counties in the coming days.

But there was a real lack of faith in the state’s progress and promises.

Assemblyman Adam Gray, Merced County-D, asked health officials if they knew how many mass vaccination centers were in LA County and in the San Joaquin Valley.

“There are no mass vaccination sites,” Gray said. “Obviously not what we’re looking for.”

He read off the vaccination rates in more affluent parts of the state, like Napa and San Francisco versus agricultural centers like Merced, Kings and Tulare counties, which were considerably lower.

“Those that have are getting vaccinated and those that don’t are not,” Gray said. “We can really start to drill down on a path forward that’s not each of us trying to take from each other, but rather a fair metric across all counties, all communities.”

On Wednesday, Governor Gavin Newsom opened a new vaccination site in Fresno County at the south end of the San Joaquin Valley. Federal mass vaccination sites are set to go up throughout the state in the coming weeks including in Oakland and LA with more to be announced.

On Wednesday evening, LA Mayor Eric Garcetti announced Dodger Stadium and four other vaccination sites would be closed this week due to a lack of vaccines.

“We’re vaccinating people faster than new vials are arriving here in Los Angeles,” Garcetti said during a press briefing. “This is not where I want to be. This is not where we deserve to be.”