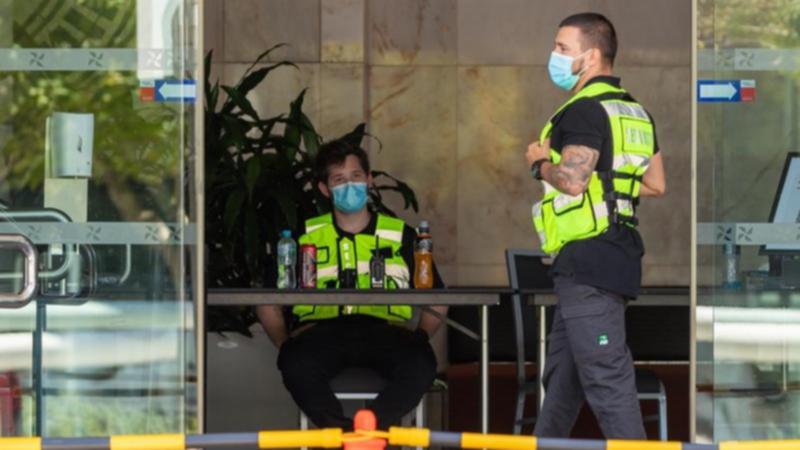 
A ban on hotel quarantine security guards and other staff working second jobs in Western Australia is set to come into effect from next week.

The guard, who unwittingly roamed the streets of Perth while infectious, had also been employed as a rideshare driver, although authorities soon established that he had not worked in that job since becoming infected.

It will apply to all workers in “high-risk” situations, including guards, cleaners and catering workers, and will be softened by a 40 per cent pay increase.

The government had been criticised for dragging its feet on the change which has already been in place in Victoria for several months.

WA recorded no new local cases on Wednesday as the number of tests since the start of the lockdown climbed to almost 90,000.

Having emerged from the lockdown last Friday, Perth and the Peel region remain subject to some restrictions until Sunday.

All residents, including high school students, are required to wear face masks except for during vigorous outdoor exercise, while limits on gatherings also apply.

The government expects to receive updated health advice in coming days which could allow NSW travellers to enter without quarantining.

But the 14-day isolation requirement will remain in place for Victoria as it deals with its own hotel quarantine outbreak.

WA currently requires other states to go at least 28 days with no new local cases before it will consider easing any border restrictions.

Chief Health Officer Andy Robertson is reviewing whether that period can be reduced to 14 or 21 days.

Mr McGowan said the government had also moved to ban the use of nebulisers in its hotels after they were linked to several Victorian cases.