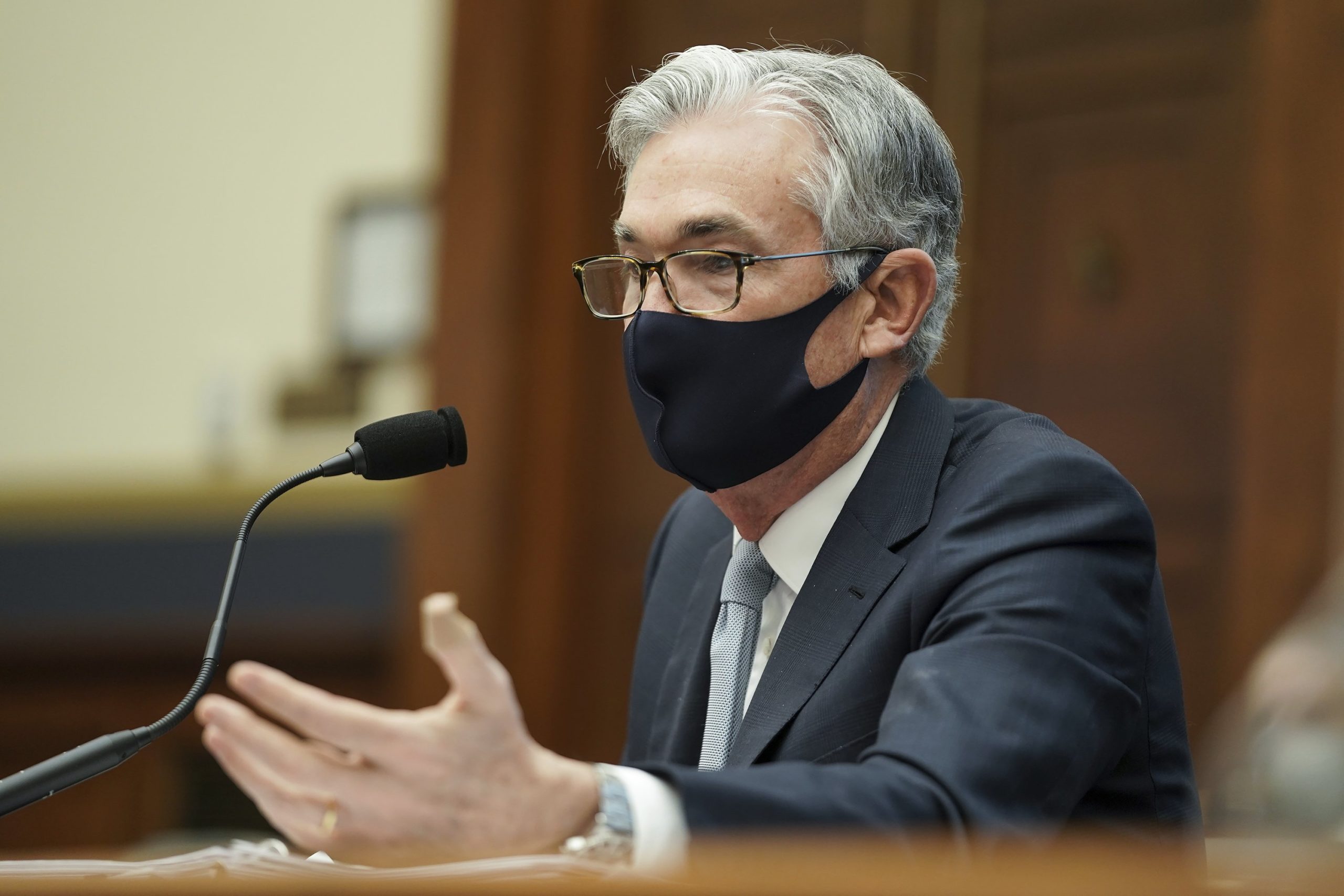 
WASHINGTON (AP) — Federal Reserve Chair Jerome Powell on Wednesday underscored the Fed’s commitment to reducing unemployment to multi-decade lows, where it stood before the pandemic, while signaling little concern about the risk of potentially high inflation or financial-market instability.

Powell stressed during a webcast to the Economic Club of New York that the U.S. job market remains weak despite having improved from the depths of the pandemic-induced recession.

The chairman did not refer to the surging stock market or to recent signs of market froth, like the explosive volatility in the prices of GameStop and other stocks targeted by ordinary day traders.

He emphasized, as he frequently has before, that the loss of millions of jobs has fallen disproportionately on the least-advantaged households.

“Despite the surprising speed of recovery early on, we are still very far from a strong labor market whose benefits are broadly shared,” Powell said.

Powell’s language “would sound remarkable to an earlier generation of central bankers,” said Krishna Guha, an analyst at the investment bank Evercore ISI, in a note to clients. His speech “placed restoring a strong labor market at the heart of the central bank’s agenda to a greater extent than perhaps ever before while playing down concerns about potential excess inflation.”

He noted that roughly 4 million people who are out of work have stopped looking for jobs, which means they aren’t counted as unemployed. If they were, the unemployment rate would be closer to 10%.

The Fed last year refined its definition of maximum employment as a “broad and inclusive” goal that includes consideration of the unemployment rate of Black and Hispanic Americans as well as overall joblessness.

President Joe Biden is pushing a $1.9 trillion economic rescue package that has raised concern among some economists about potential inflation, in part because millions of Americans who have been fortunate enough to keep jobs have accumulated significant savings. Once vaccines are more widely distributed, those savings could fuel a burst of spending beyond what still-decimated businesses could handle, spurring higher prices.

Powell, however, showed little concern that such a dynamic would occur. Last month, he suggested that any high inflation that resulted would likely be temporary.

Powell was also asked by Peter Blair Henry, an economics professor at New York University, how Biden’s proposed rescue plan compares to estimates issued by some analysts, such as the Congressional Budget Office, of the gap between the economy’s current output and what it would be if it were back to full health. Most estimates of that gap are much smaller than Biden’s $1.9 trillion package.

The Fed Chair said that questions about the amount of economic aid should be determined by Congress and the White House. But he also suggested such calculations are imprecise and may not be helpful guides for policy.

Powell also highlighted the fact that just before the virus intensified, inflation remained low even when unemployment fell to 3.5%.

“There was every reason to expect that the labor market could have strengthened even further without causing a worrisome increase in inflation were it not for the onset of the pandemic,” he said.

For now, there is little sign of rising prices. Consumer prices rose just 1.4% in January compared with a year earlier, the government said Wednesday.