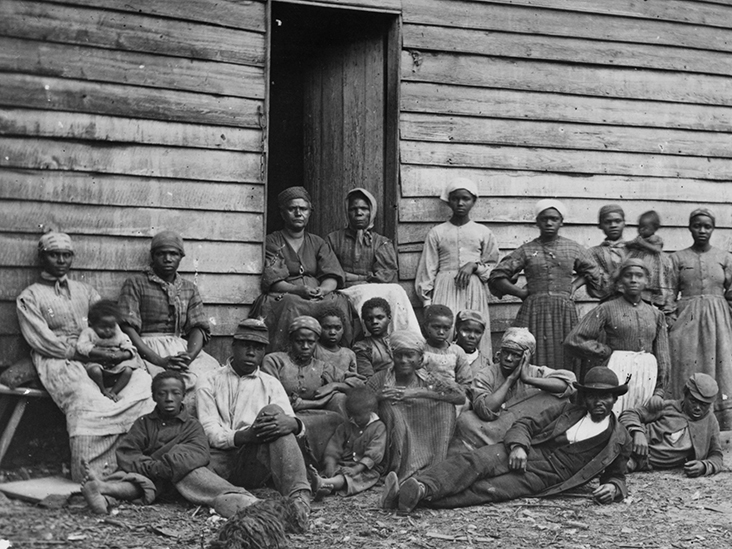 Many Black women have contributed to the development of the medical sciences throughout history, though often, their names have remained little known. In this Special Feature, we celebrate the life and achievements of one of these Black pioneers: Dr. Rebecca Lee Crumpler.

Writing in a BMJ Opinion piece, Dr. Nycole K. Joseph, a neurologist-in-training, describes her experience of racism as a Black physician practicing in the United States.

“My Blackness entered the room first, and my other attributes followed,” she writes.

“Although a career in healthcare is rewarding, it poses particular engrained challenges for people from diverse ethnic backgrounds. Black professionals often cite experiencing isolation, lack of representation within departments and in leadership positions, as well as inadequate mentoring and sponsorship to assist with career advancement and decision making,” Dr. Joseph explains.

Systemic racism and anti-Blackness continue to affect both patients and medical practitioners in the U.S. and elsewhere. Often ignored is the fact that Black scientists and physicians have been among the pioneers of medical science.

In this Special Feature, we celebrate the life and achievements of one such pioneering figure: Dr. Rebecca Lee Crumpler.

There is little information about her early years, though historians agree that she spent much of her childhood in the care of an aunt in Pennsylvania.

In the introduction to the book she later wrote — A Book of Medical Discourse: In Two Parts (1883) — Dr. Lee Crumpler recalls that it was the time spent with her aunt when she was little that encouraged her to pursue medical training.

This aunt had been a healing presence in her community, which left a strong impression on the doctor in her youth:

“Having been reared by a kind aunt in Pennsylvania, whose usefulness with the sick was continually sought, I early conceived a liking for, and sought every opportunity to be in a position to, relieve the sufferings of others.”

Between 1852 and 1860, Dr. Lee Crumpler lived and worked in the Charlestown neighborhood of Boston, MA, where she practiced as a nurse, assisting various doctors in the area.

“From these doctors I received letters commending me to the faculty of the New England Female Medical College, whence, 4 years afterward, I received the degree of doctress of medicine,” she writes.

Historians now recognize Dr. Lee Crumpler as the first Black woman to have received the degree of medical doctor in the U.S.

Its first cohort numbered 12 female students, including Dr. Lee Crumpler, and all graduated.

Dr. Lee Crumpler’s achievement was all the more impressive given that, at the time when she studied for her degree, there were only approximately 300 female doctors in the country, out of a total of 54,543 physicians. Every female doctor at the time was white.

The college closed in 1973, without granting the title of “doctress of medicine” to another Black woman.

After the Thirteenth Amendment, which abolished slavery in the U.S., was ratified in December 1865, the doctor moved to Richmond, VA, to work for the Bureau of Refugees, Freedmen, and Abandoned Lands.

This institution, also known as the “Freedmen’s Bureau,” was established after the conclusion of the Civil War to offer relief support, primarily to formerly enslaved people.

In Sick from Freedom, Prof. Jim Downs notes that Dr. Lee Crumpler was not only the first Black woman to receive a medical degree in the country but also “the only known Black female doctor employed by the bureau.”

Her work caring for formerly enslaved Black people was crucial — at the time, few white doctors would see Black patients.

Dr. Lee Crumpler writes of her work in Richmond:

“[It was] a proper field for real missionary work, and one that would present ample opportunities to become acquainted with the diseases of women and children. During my stay there, nearly every hour was improved in that sphere of labor.”

Prof. Downs notes that writing and publishing A Book of Medical Discourse was part of Dr. Lee Crumpler’s way of fighting the racist notion that Black Americans were more likely to fall ill and die because they were somehow physiologically different from white Americans.

The book, he writes, was “a sophisticated analysis of disease causation, which was at odds with the bureau’s reaction to the smallpox epidemic” that ravaged communities of formerly enslaved Black people.

Dr. Lee Crumpler saw that Black communities had an increased risk of such epidemics due to precarious living conditions and understood that infections could be prevented by taking appropriate measures.

She wrote her book to advise and instruct Black women directly about safeguarding their own health, as well as that of their children.

Her dedication reads, “To mothers, nurses, and all who desire to mitigate the afflictions of the human race, this book is prayerfully offered.”

She ends the introduction by stating, “My chief desire in presenting this book is to impress upon somebody’s mind the possibilities of prevention.”

Around the time that she graduated from the New England Female Medical College, the doctor married Arthur Crumpler, who outlived her. There are reports that the couple had one child, Lizzie Sinclair Crumpler.

After working assiduously for the bureau, by 1869, Dr. Lee Crumpler had moved back to Boston, where she cared for patients in the local Black community.

She lived at 67 Joy Street, in Beacon Hill, an address in a predominantly Black neighborhood, where she treated patients regardless of whether they were able to pay her.

“At the close of my services in [Richmond], I returned to my former home, Boston, where I entered into the work with renewed vigor, practicing outside and receiving children in the house for treatment; regardless, in a measure, of remuneration,” she wrote.

Despite her enormous achievements and dedication, much remains unknown about the life of this trailblazer for Black women in medicine.

For example, historians are still unable to identify with any certainty a picture of Dr. Lee Crumpler. While she is misidentified in various photographs online, her true image remains a mystery.