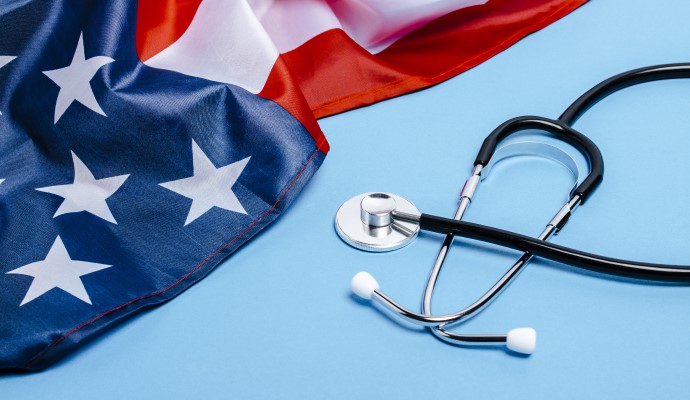 February 08, 2021 – Healthcare remains one of the top priorities for the Biden administration as it inherits an ongoing pandemic and the unstable future of the Affordable Care Act. But the President is already unveiling his plans for the next four years of healthcare, starting with who he believes should lead his healthcare team.

The Department of Health and Human Services (HHS) plays a major role in executing the president’s healthcare strategy and the HHS Secretary is at the head of that execution. For this position, President Biden has already tapped California’s Attorney General Xavier Becerra.

Becerra is known for his heavy involvement in California’s healthcare industry, including his actions challenging major hospital mergers and acquisitions in the state and a landmark lawsuit suing Sutter Health over alleged anticompetitive practices that led to higher healthcare costs.

Notably, the Attorney General is also one of the chief architects behind the Affordable Care Act’s defense in the current Supreme Court case over the fate of the historic healthcare law. Becerra also helped design parts of the Affordable Care Act in 2009 in an effort to address widespread uninsurance and underinsurance in his state.

Congress has yet to approve Becerra’s nomination. The Senate Health and Finance committees are slated to take up the confirmation hearings later this month, with the ultimate responsibility for approval sitting in the Finance committee.

READ MORE: What Healthcare CFOs Can Expect Under a Biden Presidency

If approved, Becerra will be the first Latinx individual appointed to the post of HHS Secretary and he will be responsible for supporting the unprecedented COVID-19 vaccine rollout as well as Biden’s other healthcare priorities, including restoring Title X funding.

Health policy expert Chiquita Brooks-LaSure has emerged as the frontrunner for the Administrator of the Centers for Medicare and Medicaid Services (CMS), according to reporting from Politico.

Brooks LaSure currently works for the multidisciplinary, integrated national professional services firm Manatt, Phelps & Phillips, LLP as managing director. But she is a former policy official who played a key role in guiding the Affordable Care Act from passage to implementation, according to her professional biography.

Her more than 20 years of experience in health policy also includes serving as deputy director for policy at the Center for Consumer Information and Insurance Oversight within CMS and as director of coverage policy at HHS.

As with the HHS Secretary position, there is urgency around filling the CMS Administrator position amid the ongoing COVID-19 pandemic. The Administrator will be responsible for running the trillion-dollar agency and overseeing Biden’s agenda to expand the Affordable Care Act and reverse many Trump-era policies limiting eligibility in programs like Medicaid.

There appears to be a debate over Biden’s top nominee for Commissioner of the Food and Drug Administration (FDA). According to several news reports, that debate is boiling down to current Acting Commissioner Janet Woodcock, MD, or former FDA Deputy Chief Joshua Sharfstein, MD.

Woodcock has worked within the FDA for nearly four decades in various capacities, including Director of the FDA’s Center for Drug Evaluation and Research (CDER), which oversees standards for drug approval and safety. Her resume also includes leading FDA’s drug initiatives, including the Pharmaceutical Quality for the 21st Century Initiative, Critical Path Initiative, Safety First and Safe Use initiatives, and most recently, Operation Warp Speed.

Sharfstein also has experience running FDA programs under the Obama administration. He currently serves as vice dean for public health practice and community engagement, director of the Bloomberg American Health Initiative, and professor of the Practice in Health Policy and Management at Johns Hopkins University.

Support and criticism have emerged for both picks, with some stakeholders praising Woodcock’s FDA experience and others disapproving of her oversight of opioid manufacturers or lack therefore.

Meanwhile, advocates for Sharsteif applaud his public health experience, which they believe will be key to the FDA’s role in combatting COVID-19.

Biden has appointed Micky Tripathi, PhD, a decorated health IT professional with about 20 years of experience, as the new national coordinator for health IT.

The Office of the National Coordinator for Health IT (ONC) leads the administration’s health IT efforts and is a resource for the healthcare system to support the adoption of technology and nationwide health information exchange.

Most recently, Tripathi served as the chief alliance officer at Arcadia, a healthcare analytics and software solutions company, where he developed partnerships to advance health IT.

Prior to Arcadia, Tripathi had been the president and CEO of the Massachusetts eHealth Collaborative (MAeHC), a non-profit health IT advisory and clinical data analytics company, manager of Boston Consulting Group (BCG), a strategy and management consulting firm.

Tripathi also serves on the boards of directors of the Sequoia Project, CommonWell Health Alliance, the CARIN Alliance, HL7 International, the HL7 FHIR Foundation, and Datica, among other positions.

A major responsibility for the national coordinator under Biden will include implementing the ONC interoperability rule.

Another one of Biden’s picks for the administration’s healthcare team is Rochelle Walensky, MD, MPH.

Biden tapped Walensky to become the Director of the Centers for Disease Control and Prevention (CDC) just as the country finished the deadliest month of the pandemic yet.

Walensky has experience treating COVID-19 on the frontlines, serving as chief of the division of infectious diseases at Massachusetts General Hospital from 2017 to 2020 and professor of medicine at Harvard Medical School from 2012 through 2020.

Historically, Walensky is known for her work on improving HIV screening and care in South Africa, even holding the position as past Chair of the Office of AIDS Research Advisory Council at the National Institutes of Health, Chair-elect of the HIV Medical Association, and as an advisor to both the World Health Organization and the Joint United Nations Programme on HIV/AIDS.

She will spearhead the administration’s response to another fast-spreading virus, COVID-19.

Physician Francis Collins is staying on as the Director of the National Institutes of Health (NIH) under the Biden administration.

Collins, MD, PhD, is a physician-geneticist who has led the Human Genome Project, according to his official HHS biography. Collins served as director of the National Human Genome Research Institute (NHGRI) at the NIH from 1993 through 2008 where he helped to complete the finished sequence of the human DNA instruction book.

Collins manages Anthony Fauci, MD, the epidemiologist drawing the media’s attention during the COVID-19 pandemic. This is Collins’ third stint as NIH Director.

Biden has also indicated that Fauci will also keep his title as Director of the National Institute of Allergy and Infectious Disease at NIH as well as serving as chief medical adviser to the president.

Biden has picked Vivek Murthy, MD, to take over as the next Surgeon General, according to national news reports.

Dubbed the nation’s physician, the Surgeon General provides Americans with scientific information on improving health and reducing the risk of illness and injury. The role also oversees the US Public Health Service Commissioned Corps.

Murthy is the former Surgeon General under the Obama administration and part of the Trump administration. He had previously served as vice admiral in the Public Health Service Commissioned Corps and completed his internal medicine residency at Brigham and Women’s Hospital and Harvard Medical School.

He also founded Doctors for America, a non-profit group focused on improving access to care.

A new role to the healthcare team is COVID-19 Response Coordinator, who will lead the administration’s COVID-19 Task Force and oversee everything being done to tackle the virus from recommending travel restrictions to managing the vaccine supply chain.

Zients is a business and management consultant who also served as Director of the National Economic Council, Acting Director of the Office of Management and Budget, and the Chief Performance Officer, a position created by the Obama administration to enact federal budget and government reform.