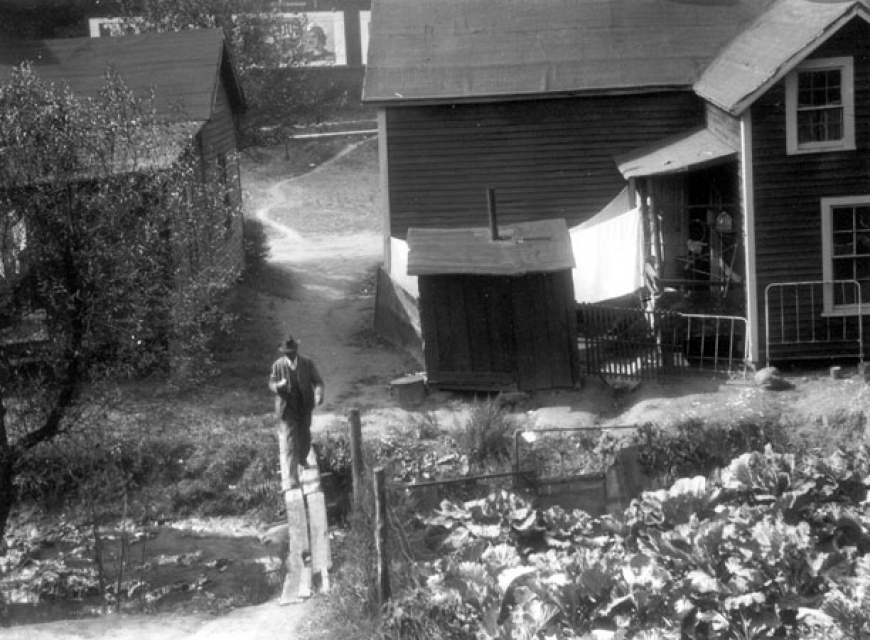 
Since then, local officials concede, little has been done. Some in the Black community see zero progress.

“From my understanding, they’ve done nothing,” said Rob Thomas, community liaison for the Racial Justice Coalition.

Despite the fanfare they received at the time, the reparations resolutions are in limbo, still as lacking in specific remedies as they are in financial commitment or engagement with the Black community. The Asheville resolution called for the creation of a Community Reparations Commission to begin drafting recommendations. Six months later there is no commission, nor even any agreement on who should be on it. No city or county funds have been set aside.

Now, as the pandemic has local governments struggling to meet basic needs, let alone fund new initiatives, and after Asheville voters replaced three of the seven city council members who voted for reparations, it’s unclear how the community plans to make good on its promises.

The slow pace threatens to further undermine the credibility of leadership when it expresses concern about racial inequality.

To many people in Asheville’s shrinking population of Black residents, the reparations resolutions are simply the latest in a chain of empty promises stretching back to the Reconstruction era.

“I never got my 40 acres and a mule,” Andrea Clark, a noted photographer and playwright in Asheville, said, referring to the government’s first promise of reparations to formerly enslaved Blacks. Near the end of the Civil War the Lincoln administration ordered land to be confiscated from white Confederate slaveholders and redistributed, in 40-acre parcels along with the use of a mule, to newly freed slaves.

The promise was broken just months later, following the assassination of Abraham Lincoln, by President Andrew Johnson, who ordered the land returned to white owners. “This is a country for white men, and by God, as long as I am President, it shall be a government for white men,” Johnson wrote in 1866.

A century and a half later, the scars of slavery are still visible.

Records and data analyzed by Asheville Watchdog confirm stark racial imbalances in Asheville and Buncombe County, in home ownership and affordable housing, in educational achievement and opportunities, in the availability of jobs, in business ownership, in arrests and incarcerations and other facets of the judicial and social justice systems, and in healthcare.

“Not An Easy Place for Black People”

Asheville, a fixture on national lists of “best places to live” year after year, by many measures appears to be less appealing to people of color.

For example, Blacks have largely been priced out of the housing market either for home ownership or rentals. The combination of rising real estate prices and fewer opportunities for well-paying jobs has forced many Blacks to look for homes elsewhere, said Sandra Kilgore, a member of Asheville’s City Council.

“This is not an easy place for Black people to live,” said Nicole Cush, the principal of the Asheville High School of Inquiry & Life Sciences. She said Asheville’s Black community is “dwindling,” and census numbers confirm her assessment.

Although the city’s total population has grown 42 percent since 1980, its percentage of Black residents has declined. African Americans were 21.3 percent of the city’s population in 1980. Today, the estimate falls in a range of 12.8 percent to 11.2 percent, according to Heidi Reiber, senior director of research at the Asheville Area Chamber of Commerce.

Asheville and Buncombe County are home to far fewer Black people proportionally than the state as a whole. Statewide, people of African descent make up 21.5 percent of the overall population, according to the U.S Census Bureau. In Buncombe County, the number is 6.4 percent.

One-fourth of Asheville’s approximately 12,000 Black residents lives in poverty, nearly double the percentage of white residents, according to census figures. Studies have linked current levels of poverty and wealth inequality in the Black community to the lingering effects of slavery, Jim Crow laws, redlining, and other forms of systemic discrimination.

Six Months, No Money, No Commission

The reparations proposals adopted by Asheville and Buncombe County do not call for direct payments to descendants of enslaved African American people.

They do, however, promise new investments aimed at “increasing minority home ownership and access to other affordable housing, increasing minority business ownership and career opportunities, strategies to grow equity and generational wealth, closing the gaps in health care, education, employment and pay, neighborhood safety and fairness within criminal justice.”

A key provision of the Asheville resolution is the creation of a Community Reparations Commission to make short-, medium- and long-term recommendations on how and where to invest city and county funds. The commission is to include participation from community groups and other local governments, including Buncombe County.

Asheville Mayor Esther Manheimer acknowledged the time lag in forming the commission, which must be constituted within a year of the resolution’s passage, but she said the Council knew at the time that “it would take a while.”

“It’s clear to me that not everyone understands this the same way,” she told  the Asheville Watchdog. “The question you must answer for people is: What does this look like? Is it a bond issue? A prioritization of our resources? Right now, it’s amorphous.”

The mayor said she and other city officials have been consulting with academic experts and working on staff research, adding that the city plans to hold a detailed working session for the Council — which will now include three new members — to discuss preparations more deeply.  However, that working session has yet to be scheduled.

“We need guidance, help and time,” the mayor said. “We are talking about being more strategic.”

Kilgore, elected to the Asheville City Council in November 2020, disputed the idea that the slow progress raises questions about the city’s credibility and commitment toward reparations.

The reparations resolution “has definitely been at the forefront of each discussion, and funding is always at the top of the agenda,” she said.

“Reparations is something that people have been working on for years,” Kilgore said. “You can’t expect to turn it around in six months or a year. It’s not gonna happen.”

Even so, the slow pace over six months raises contrasts to progress in other communities.

Evanston, Ill., set aside $10 million in tax revenue from recently legalized marijuana sales to provide housing assistance for African American residents. Evanston’s Black population is about 13,000, compared to Asheville’s 12,000, according to census figures.

Keith Young, the principal champion of reparations on the Asheville City Council before he lost re-election in November, tried unsuccessfully to get the city to back the resolution with $4 million. The request was later pared back to $1 million, which was rejected without discussion by Mayor Manheimer at Young’s final council meeting Nov. 10.

Young said recently he is disappointed with the lack of progress on reparations.

Doubts about what the city and county are willing to do for the Black community have a long history.

Dwight Mullen, a retired professor at the University of North Carolina at Asheville, led his students every year to prepare a report called “The State of Black Asheville.” And every year, Mullen said, city and county officials ignored the data on discrimination in housing, education, employment, and other areas.

“We were publicly presenting every year, and every year, brows would get furrowed and folk would get upset,” he said. “Then in a week or two, they would not talk about it anymore.”

While Black Asheville citizens are deeply skeptical about the reparations policies of the city and county, some offered thoughts on what might help their communities.

Three community collectives — Black Asheville Demands, the Racial Justice Coalition, and Just Us — are pushing for the city to provide funds to research what Black communities across Buncombe County want and need from reparations.

Black Asheville Demands insists that communities most impacted by systemic racism must be represented on the commission. Among other issues, the group advocates creating spaces for young people to be active and engaged.

Land is a top remedy for Priscilla Ndiaye Robinson, a researcher of the urban renewal period that wiped out thriving Black neighborhoods and displaced some 1,600 families from the late 1950s to the 1970s, and Rita Lee, a real estate agent. They would like to see city-owned land taken during urban renewal returned to the Black community.

“For those whose property was taken, they should give them lots,” Robinson said. “Put it back in the family.”

Lee concurred. The city should “be able to offer that land back to the families so that they can build on it,” she said.

Blacks are “being pushed out”

For Andrea Clark, a key matter is education and job training. “Why not give the kids college tuition? Give them something that means something,” she said.

Reginald Robinson, a local sports official, advocates a program for summer jobs for young people.  He noted that jobs, especially well-paying jobs, are important “so they can become self-sufficient citizens.” He also said free daycare should be a priority.

Sasha Mitchell, the former chair of the Asheville Buncombe County African American Heritage Commission, said Blacks “are being pushed out of existence in this area” by racist policies and gentrification.

“The city should quantify the wealth that’s been lost by the African American community,” using records kept at the University of North Carolina Asheville, Mitchell said. “Use the data to have an idea that can be tied to facts, because it’s very emotional. You can’t measure the trauma,” she said.

A “social, economic and environmental justice lens” will be applied to the city’s 2021-2022 budget, according to City Manager Debra Campbell’s plan for “Advancing Racial Equity in Asheville.”

Campbell cited equity efforts by the city over the last year, such as the city’s new Business Inclusion Policy to support minority training and recruitment. She did not respond to an Asheville Watchdog question about whether the plan will directly address Asheville’s reparations commitment.

Racism as a Public Health Crisis

One potential source of reparations funding that the city is eyeing is the Asheville-based Dogwood Health Trust, the charity formed with $1.5 billion in proceeds from the sale of Mission Health System in 2019. With as much as $75 million to invest in the “social determinants of health” in western North Carolina every year, the Dogwood trust has identified housing, education, jobs and employment, and health and wellness as its four strategic priorities.

Last June, the Buncombe County Health and Human Services board declared structural racism to be a public health crisis. About the same time, the Dogwood Trust committed $5.5 million specifically to support organizations led by and primarily serving people of color.

A spokesperson told The Watchdog last week that no one from the Dogwood Health Trust had been invited to sit on the Community Reparations Commission or been contacted by the city or county to discuss possible funding for the reparations proposals.

Susan Mims, a physician and the interim chief executive of Dogwood Health Trust, said, “Any entity that shares our commitment to equity, diversity and inclusion — whether nonprofit or governmental — opens up a possibility for collaboration, and we welcome those discussions.”