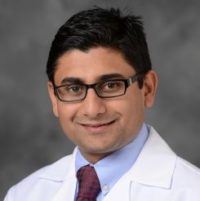 Holding an iPhone 12 near an implantable cardioverter-defibrillator, or ICD, can stop the device from working, according to an experiment in a device user.

The iPhone 12’s magnetic array makes it compatible with accessories such as a wireless charger and helps to increase charging speeds. All ICDs, meanwhile, contain a switch that responds to an externally applied magnetic field. The study’s lead author suspected the iPhone’s magnetic technology would produce a device-to-device interaction with defibrillators.

The experiment — pre-approved for patient safety — found that bringing the iPhone close to the left chest area where the ICD was implanted immediately suspended the device’s therapeutic function. This  persisted for the entire duration of the test, reported Gurjit Singh, M.D., of the Henry Ford Heart and Vascular Institute, Henry Ford Hospital, Detroit. This result was reproduced multiple times with the phone held in different positions over the user’s shirt pocket.

It has been estimated that a magnetic field stronger than 10 gauss is strong enough to activate these switches, Singh said. This appeared to be true in the one-time experiment.

The upshot is that there may be an important public health issue with the iPhone 12 which could inhibit lifesaving therapy in a patient, particularly when the phone is carried in an upper chest pocket, Singh and colleagues wrote.

“Medical device manufacturers and implanting physicians should remain vigilant about making patients aware of this significant interaction of the iPhone 12 and other smart wearables with their cardiac implantable electronic devices,” they concluded.