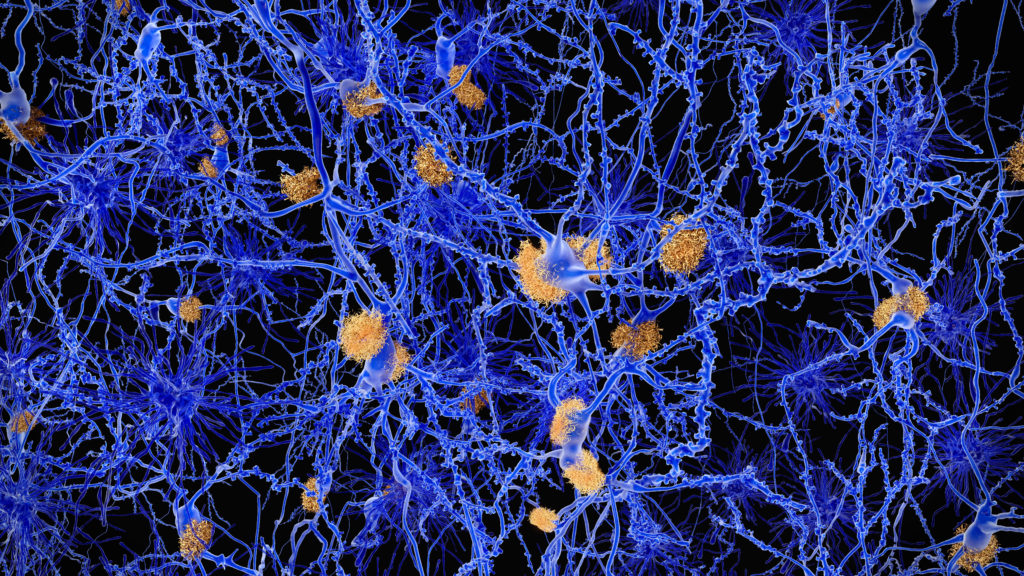 
As the Food and Drug Administration moves closer to a decision about whether to approve a promising new Alzheimer’s treatment, the collaboration between scientists, regulators, and business leaders that produced this encouraging drug has come under fire as a “black eye” for the FDA that “dangerously compromised” its objectivity. This unfortunate charge misconstrues the drug development process and the indispensable partnerships that are needed to deliver new treatments.

The drug in question, aducanumab, takes aim at Alzheimer’s disease, the sixth leading cause of death in the U.S. and the only disease in the top 10 that has no cure and no treatment to slow its devastating impact. About 5.7 million Americans already live with Alzheimer’s, a figure projected to triple by 2050. Managing the disease cost the U.S. $305 billion in 2020, and is estimated to rise to $1.1 trillion per year by 2050.

We find it strange to see the criticism of a collaborative approach on this Alzheimer’s treatment when the FDA’s rapid approvals of the first Covid-19 vaccines were widely hailed as a model of collaboration among scientists, regulators, and business leaders to advance vital public health goals and save lives.

Last summer, hope for people with Alzheimer’s appeared to be on the horizon when the FDA accepted for review a new drug for the disease. Aducanumab, an experimental treatment made by Biogen, was tested in two randomized, double-blind clinical trials — the gold standard in drug testing. This research, done under guidance and oversight from the FDA, produced promising results, including the potential to alter the course of Alzheimer’s, which slowly deprives individuals of their memories and ability to perform daily tasks.

In the first trial, aducanumab slowed the disease’s progression among people with early Alzheimer’s and helped them better maintain cognitive function and independence.

A second late-stage trial, however, did not produce the same results. Researchers determined that the differences were largely due to a lower dose and shorter periods of treatment in the second trial. In that trial, however, it’s important to note that participants who received “consistent exposure to high doses of aducanumab” experienced the same positive benefits as patients in the first trial.

Both studies, plus an earlier study with aducanumab, showed evidence of beneficial changes in the brain associated with treatment.

In November 2020, the FDA convened an advisory committee meeting of external panel members to review the data. (A recording of the webcast can be viewed here.) It was similar to the committee that green-lighted the Pfizer/BioNTech and Moderna vaccines for Covid-19. In a briefing for the committee, the FDA noted the “urgent and unmet medical need for effective [Alzheimer’s] treatments” and suggested that the divergent trial results “do not detract from the persuasiveness” of the positive results in the first clinical trial, which the FDA found to be compelling.

This is how the drug approval process is supposed to work. Regulators and scientists work together to build an understanding of how to attack a disease, perform supervised clinical trials to test the treatment, carefully evaluate the trial results, and (hopefully) speed innovations that can have a meaningful impact.

The advisory committee was not convinced of aducanumab’s effectiveness and did not support approving the drug.

And then the collaborative process for reviewing the drug’s clinical trial results came under attack. Public Citizen claims that what it called this “unprecedented” cooperation “undermines public confidence” in the FDA — without a shred of evidence that the relationship between the FDA and Biogen was in any way improper.

As the public record shows, collaboration between Biogen and the FDA began more than five years ago, “prior to and during the development of aducanumab” — and has included communications on trial design and planned analyses to more recent post-trial discussions. This partnership was not only appropriate but is expected by the FDA as defined in its recommended best practices for communication.

FDA guidance makes clear that the agency will engage with new drug application sponsors in “thousands of communications” throughout the development process to share information and provide critical advice. According to the FDA, sponsors and the agency “ideally” work collaboratively to achieve a shared goal of providing safe, effective, high-quality drugs to the American public through greater efficiency of the drug development process.

Public Citizen suggests that FDA approval of aducanumab would give “false hope” to millions of Alzheimer’s patients and “impede development” of other therapies. But the organization has it backwards.

As we have seen happen in the realm of cancer therapies, achieving breakthrough treatments is an incremental process rather than a single scientific breakthrough. An initial treatment for cancer with a 30% response rate is not a “cure.” But approving a first drug stimulates progress toward new ones — and combinations of therapies — that have gotten us to 60%, 70%, and now, for some types of cancer, close to 100% therapeutic responses. Blocking approval of a new drug until near perfection has been achieved stymies innovation and progress.

The FDA’s mission is to protect and promote public health. Failing to approve the first effective Alzheimer’s treatments — and opening the door to incremental innovations to defeat this terrible disease — would be the true “black eye” for the agency.

George Vradenburg is chairman and co-founder of USAgainstAlzheimer’s. Biogen is one of many companies that support the organization. Jeffrey Cummings is a neurologist, director of the Chambers-Grundy Center for Transformative Neuroscience, and research professor in the Department of Brain Health, all at the University of Nevada Las Vegas. He reports having acted as a consultant for Biogen, as well as for many other pharmaceutical and biotech companies.