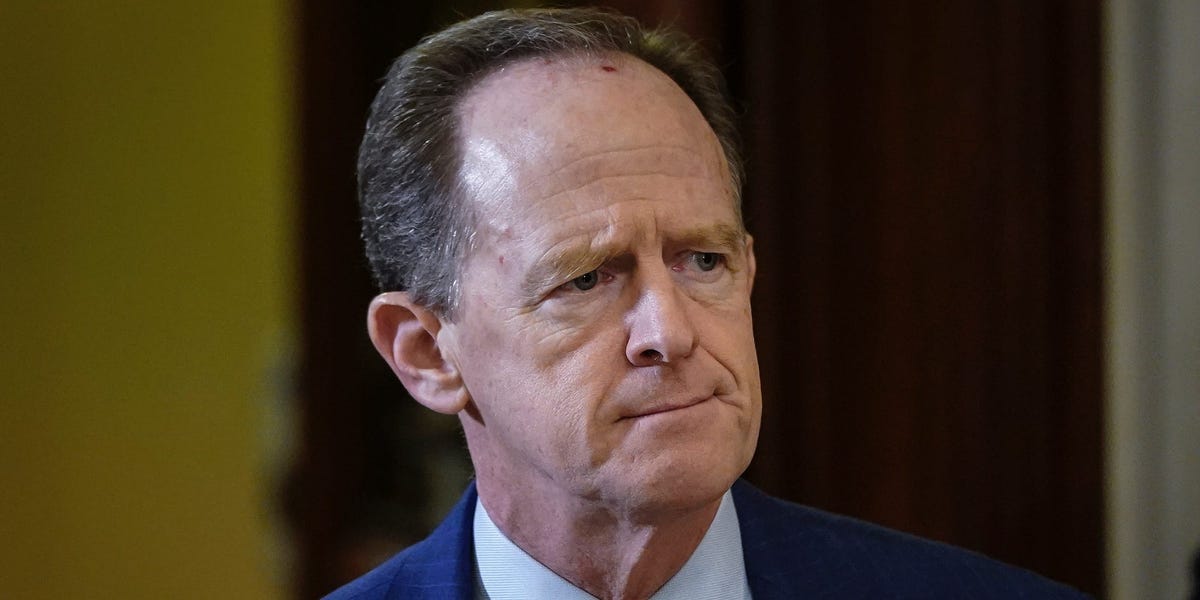 
Sen. Pat Toomey on Sunday said it would be “inappropriate” if Congress passed another stimulus package because the US economy is bouncing back from the coronavirus pandemic.

“The economy has come roaring back. Disposable income is at record high levels,” Toomey, a Republican from Pennsylvania, said in an interview on CNN’s “State of the Union.”

“It’s not an economy in collapse, like it was in March,” Toomey added.

Democrats kicked off efforts this week to pass the plan through budget reconciliation. It’s a legislative maneuver allowing for the approval of a bill with a simple majority of 51 votes instead of the 60 generally required in the Senate.

The plan also includes $400 federal unemployment benefits lasting through September, assistance to state and local governments, among other provisions. Republicans have strongly opposed it, arguing it is a colossal level of untargeted spending on progressive priorities.

The Republican group was led by Sen. Susan Collins of Maine, who discussed the proposal with Biden in a meeting last week.

“We recognize your calls for unity and want to work in good faith with your Administration to meet the health, economic, and societal challenges of the COVID crisis,” a letter outlining their relief proposal said.

But Toomey, speaking on CNN, said even that $600 billion price tag is too high.

Toomey’s remarks about the economy come on the heels of a bleak jobs report. The US added 49,000 nonfarm payrolls last month, a sharp reversal from the losses seen in December but far fewer than economists anticipated. The unemployment rate also fell to 6.3% from 6.7%.

Treasury Secretary Janet Yellen on Sunday said without Biden’s massive stimulus plan, the economy could continue to struggle for years. “We’re in a deep hole with respect to the job market and a long way to dig out,” she told CBS’ Face the Nation. She pointed to the 10 million people who are unemployed and 4 million who have dropped out of the job market — or who have given up on finding work. The majority of those are women, according to data from the Labor Department.

Other metrics also show an economy still struggling to rebound. The number of permanent layoffs increased last month. Payroll growth for December and November were revised lower. And much of the decline in the unemployment rate was linked to more Americans ending their search for work and falling out of the labor force.