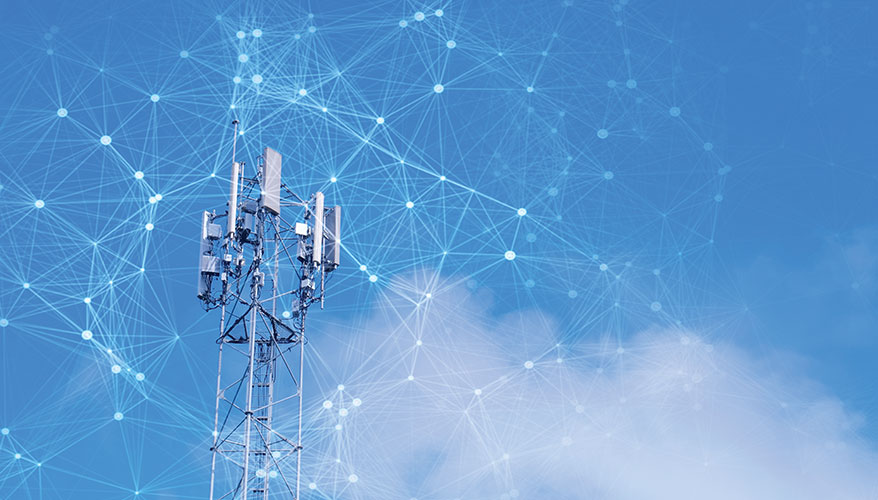 The Pentagon is taking steps to accelerate its adoption of 5G communication capabilities, which promise to provide users with lightning fast connectivity and low latency.

“The technology is vital to maintaining America’s military and economic advantage and DoD is heavily invested in 5G use cases to test and demonstrate various applications and utilization of these emerging technologies to support the National Defense Strategy,” said Ellen Lord, undersecretary of defense for acquisition and sustainment.

5G has become one of the most talked about innovations across the globe as countries race to develop the fifth generation of wireless networks, which will provide major improvements in data speed, volume and latency over today’s fourth-generation networks, known as 4G.

The Pentagon plans to enhance 5G technology and invest in future “Next-G” systems to support all warfighting functions including fires, command and control, intelligence, movement and maneuver, protection, sustainment and information, Lord said in November during remarks at MITRE’s 5G Summit.

“Ubiquitous high-speed connectivity will transform the way the military operates,” she said. “Tomorrow’s war­fighters will use local and expeditionary 5G networks to move massive amounts of data to connect distant sensors and weapons into a dense, resilient battlefield network.”

This data will be key to unlocking further gains in artificial intelligence and machine learning, she noted.

In May, the Defense Department released a 5G strategy which outlined the Pentagon’s challenge to accelerate the fielding of the technology while ensuring systems — as well as those of U.S. allies — are robust, protected, resilient and reliable. The strategy outlined four main lines of effort including: promote technology development; assess, mitigate and operate through 5G vulnerabilities; shape 5G standards and policies; and engage partners for collaboration.

Since the strategy was released, the Pentagon has moved to driving advancements through experimentations and has established 5G testbeds on military installations, she noted.

In October, the department announced $600 million in awards for various 5G testing and experimentation activities across the country. These activities will be performed at Hill Air Force Base, Utah; Joint Base Lewis-McChord, Washington; Marine Corps Logistics Base Albany, Georgia; Naval Base San Diego, California; and Nellis Air Force Base, Nevada.

Working in “close concert with industry, we’re using these test sites to accelerate U.S. 5G leadership and ensure the department benefits when new applications are enabled by this technology,” Kratsios said during a briefing with reporters.

Lord noted that these experiments will be up and running in 2021 with full-scale experimentations underway by the following year.

Projects funded by the R&E office include a mix of 100 traditional defense partners and innovative small businesses from a variety of sectors, she said.

The Defense Department is in a unique position to test 5G technologies, Kratsios noted. For a private sector company to do the same, it requires an onerous process that includes negotiating with state and local officials, obtaining permits and the construction of antennas, he said.

“At the DoD, we already have personnel, operational capacity, facilities, scale and regulatory greenlight to get the job done,” he said.

These activities will be “at scale,” said Joseph Evans, Defense Department principal director for 5G. They won’t just be little demonstrations showing off a science experiment, he noted.

For “each of the experiments, it has some aspect that is new and exciting to us,” he said.

The department plans to utilize all of the available spectrum available under 5G standards in its initial tranche of experiments.

“DoD finds that there’s value in all of the spectrum bands for 5G whether it’s low-band, mid-band, high-band or millimeter wave,” Evans said. “Different experiments will … use different frequency bands.”

The effort at Hill Air Force Base — which is focused on dynamic spectrum sharing — is the first at-scale valuation of high-power radars versus 5G systems and how those can coexist or work together, he said. The experiments will utilize mid-band spectrum — which is in the 3100- to 3450-megahertz range — to evaluate the impact of 5G on high-barrier airborne radars — and vice versa with the radar on the 5G system, Evans said.

The experiment will help the Pentagon understand the technical implementation and potential mitigation techniques for spectrum sharing, Lord said.

The efficient use of the entire electromagnetic spectrum is a key priority for the Defense Department and industry, Lord noted. Since the advent of wireless systems, the Pentagon has shared spectrum with commercial industry to support 3G, 4G and now 5G, she said.

“As spectrum is getting more congested due to increasing appetite and competing demands from both sides, the solution is efficient spectrum sharing,” she said.

At Joint Base Lewis-McChord, testing will focus on augmented reality and virtual reality training. The objective is to rapidly field a scalable, resilient and secure 5G network to provide a test bed for 5G-enabled AR and VR capabilities for mission planning, distributed training and operational use. Companies participating include GBL System Corp., AT&T, Oceus Networks and Booz Allen Hamilton.

The question for this experiment is “can we use 5G to provide the connectivity, the communications fabric, that allow soldiers in the field to use some of these advanced augmented reality types of goggles and capabilities?” Evans said.

At Naval Base San Diego, experiments will focus on smart warehousing and transshipment between shore facilities and naval units, to increase the efficiency and fidelity of naval logistic operations, according to the department. This will focus on identification, recording, organization, storage, retrieval and transportation of materiel and supplies. Companies participating include AT&T, GE Research, Vectrus Mission Solutions Corp. and Deloitte.

The Defense Department brings a set of problems that the commercial world doesn’t have to deal with, he said. For example, at Marine Corps Logistics Base Albany, “we’re looking at warehousing and maintenance of vehicles. Well, that’s not just your average SUV, that’s a tank or an MRAP at Albany. So, it’s a different type of requirement there.”

Nellis Air Force Base will be working on distributed command-and-control and developing a testbed for 5G technologies to aid in bolstering air, space and cyberspace lethality while enhancing C2 survivability, according to the Pentagon.

“Specifically, a 5G network will be employed to disaggregate and mobilize the existing C2 architectures in an agile combat employment scenario,” the department said in a release. Industry partners include AT&T.

Evans said the Pentagon wants to make its forces more survivable by taking command-and-control functions that have long been housed in single buildings and disperse them and make them mobile.

“We’re really trying to change the way our forces are deployed in the field,” he said.

Booz Allen Hamilton is working with other members of industry to create a 5G ecosystem, said Chris Christou, vice president at the company and leader of its cloud and information technology infrastructure business. The firm is working on the dynamic spectrum sharing experiment at Hill and will be leveraging work it has done in artificial intelligence to help with radio frequency signal processing. It is also participating in the virtual reality experiments at Lewis-McChord.

“We have a 5G … partnership strategy that we’ve developed,” he said. That entails “having an ecosystem associated with 5G network vendors, carriers, specialized security vendors, as well as even the cloud providers, and really trying to build an ecosystem of 5G technology vendors that we can deploy as part of our solutions.”

Christou noted that the Defense Department’s experimentation efforts are giving contractors and technologists some “juicy use cases and requirements to work on.”

The Pentagon is looking beyond its initial batch of experiments, and plans to test at seven more military installations in the coming year, Lord added. The next set of solicitations for industry participation is underway with several white papers already released and more to follow.

She also expects a broad agency announcement, or BAA, to be issued in early 2021 for 5G-security related prototyping and experimentation, as well as an additional BAA on a similar timetable, for more fundamental research and development into beyond-5G technologies, she said.

That will necessitate a robust U.S. industrial base and a closer working relationship with both traditional defense firms and nontraditional partners in sectors such as telecom, she said.

Meanwhile, as the United States works to advance 5G, it is facing steep competition abroad.

Michael Brown, director of the Pentagon’s Defense Innovation Unit, said the United States is in a superpower race with China. There are a number of technology areas where Beijing is ahead, including in 5G deployments.

What China has done in the 5G arena is “shocking and alarming,” he said during a Hoover Institution event in October.

Beijing is investing in digital infrastructure abroad, including 5G networks, according to the Pentagon’s “Military and Security Developments Involving the People’s Republic of China 2020” annual report to Congress.

“Due to information sharing requirements with the PRC’s security services as required by PRC laws, worldwide expansion of 5G networks by PRC companies will challenge the security and resiliency of other countries’ networks,” the report — which was related in September — said.
China’s private sector — with giant telecom companies like Huawei — is driving the development of emerging technologies such as 5G by competing to build the world’s next-generation networks, it noted.

The U.S. government has already banned federal contractors from using Huawei and other Chinese-made telecommunication equipment.
Lord noted that Beijing is combining its 5G technology with its robust commercial drone market. For example, in August 2016, Beijing fielded the world’s first 5G unmanned aerial vehicle prototype and has sought to both dominate the market and facilitate partnerships between firms to establish a 5G drone network.