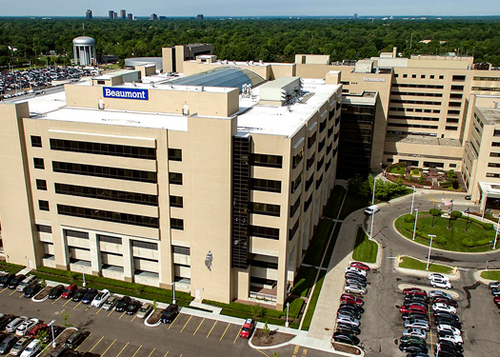 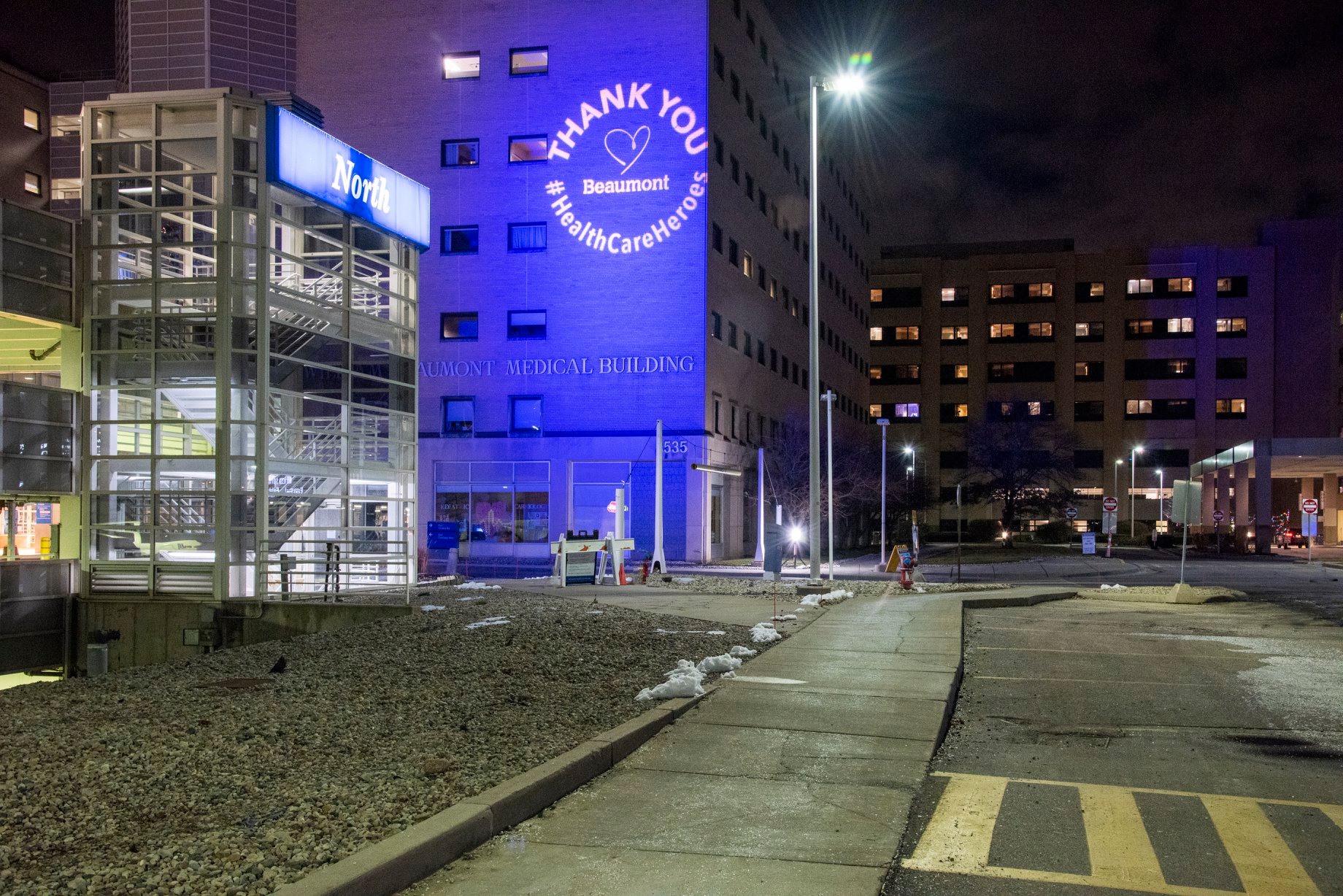 More than 90 percent of the CRNAs at Royal Oak, along with their colleagues at Beaumont’s Troy and Grosse Pointe hospitals, voted last month in favor of holding a union authorization vote slated to take place later this month. In a major slap in the face to the Michigan Nurses Association, the CRNAs plan to form their own union, which will be known as the Southeastern Michigan CRNAs & Associates (SEMCA).


Sources familiar with the organizing efforts say the primary impetus for the union drive is to combat what CRNAs warn are unsafe patient conditions because there aren’t sufficient nurse anesthetists to service Beaumont’s volume of surgeries. CRNAs on some days are expected to work eight hours or more without even a bathroom break, as there are no colleagues available to temporarily fill in for them.


The sources who spoke with me about the CRNAs union organizing efforts did so under the condition they wouldn’t be identified. Beaumont’s management promotes a culture of fear and intimidation, even on matters involving patient safety. The head of pediatrics at Royal Oak was fired after warning that budget cuts would harm patient care in his department and was escorted out of the building in front of his staff. Another doctor was fired for protesting the firing.


CRNAs, who require a minimum eight years of training to become certified, are the worker bees of Beaumont’s surgical business. Their role is akin to a co-pilot of a commercial airplane: Hospital anesthesiologists are responsible for determining anesthesia flight plans, takeoffs, landings, and if there’s severe turbulence, providing assistance. The CRNAs are the ones who do most of the actual anesthesia flying.


In Michigan, and many other states, CRNAs legally don’t require the supervision of anesthesiologists, but Beaumont’s anesthesia safety standards historically were among the highest in the country. In addition to having advanced fellowship training from the top medical schools in the U.S., Beaumont’s credentialling standards required hospital anesthesiologists to have certifications in their specialized areas.


Underscoring why Beaumont once ranked among the top 50 hospitals in the country, James Grant, the former head of Royal Oak’s anesthesiology department, in 2018 was elected the 100th president of the American Society of Anesthesiologists. (Grant left to become chair of anesthesiology at Cedars Sinai in Los Angeles and is now the chief medical officer at Blue Cross Blue Shield of Michigan.)


Beaumont Royal Oak in its day was among the busiest, if not the busiest, surgical center in the country. The sprawling two tower campus has more than 58 operating rooms, along with close to 30 treatment rooms where anesthesia is administered. Although Beaumont’s surgical business is likely down because of an exodus of prominent surgeons and cancelled procedures as word gets out about the hospital’s patient safety issues, as many as 200 surgeries are still performed at Royal Oak every day, many that are quite complex.


Beaumont COO Carolyn Wilson announced last June that anesthesia and pain management procedures at Royal Oak, Troy, and Grosse Pointe would be outsourced beginning January 1 to Texas-based NorthStar Anesthesia, a controversial firm nicknamed “Death Star” because of its reputation for staffing hospitals with sometimes mediocre anesthesiologists and CRNAs. NorthStar’s model is to provide hospitals with staffing levels that meet minimum safety requirements. The model allows the company to undercut other outsourcing providers.


Wilson’s cost-cutting decision to bring in NorthStar accelerated the implosion of Beaumont, which after nearly five years of CEO John Fox at the helm was already reeling from extensive cost-cutting and antagonistic leadership. About 50 percent of Royal Oak’s elite team of anesthesiologists resigned, as did about 50 CRNAs and more than a dozen prominent surgeons.


The co-heads of Royal Oak’s cardiology department went over Fox’s head and wrote directly to board chairman John Lewis warning they had “serious concerns” about NorthStar. The warning appeared to have fallen on deaf ears. Lewis has steadfastly supported Fox, despite an internal survey revealing the majority of Beaumont doctors have no confidence in the CEO, Wilson and Chief Medical Officer David Wood Jr.


The worst fears about NorthStar were realized almost immediately. Within three weeks of taking over, a 51-year-old male died from complications of an intubation while undergoing a routine colonoscopy. A podiatrist with some 40 years of surgical experience publicly warned to “avoid Beaumont like the plague” based on the treatment he received undergoing a recent endoscopy. 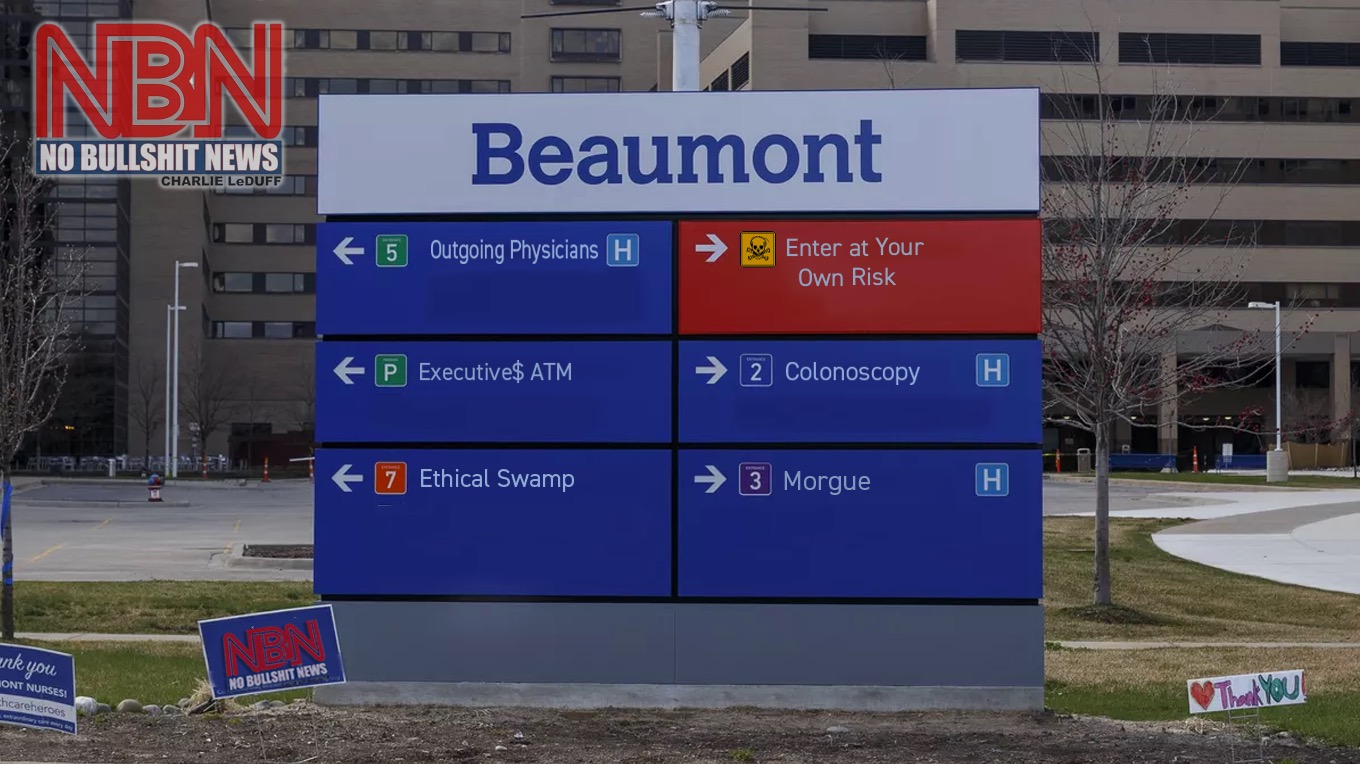 
Sources within and close to Beaumont say there are too many incidents where patients are harmed or exposed to needless risk because of inexperienced or poorly trained anesthesiologists and CRNAs hired or being brought in on a temporary basis by NorthStar. One Beaumont patient nearly died from being given dangerously high levels of the pain medication lidocaine. An emergency drug called Intralipid had to be administered.


According to sources, the CRNA involved in the incident was visiting from Beaumont’s West Bloomfield ambulatory center where cases don’t involve advanced medication administration.


I’ve also heard from multiple sources that there have been an unusually high number of so-called “wet tap” incidents in obstetrics where an anesthesiologist inserts an epidural needle too far and causes cerebrospinal fluid to leak. Anesthesia residents are taught to avoid this complication in their first month of training.


Beaumont’s CRNA staffing issues predate NorthStar taking over at Royal Oak. Despite its national reputation for excellence, Beaumont paid its CRNAs and other nursing staff lower wages than Henry Ford and U of M’s Michigan Medicine teaching hospital.  CRNAs at Royal Oak, Troy, and Grosse Point – the so-called northern hospitals – made a failed attempt to unionize last April.


Beaumont’s management under Fox and Wilson are vehemently opposed to organized labor and spent nearly $2 million on a union busting effort so successful that the Michigan Nurses Association (MNA) issued a statement saying that Beaumont’s “climate of fear” was too formidable to overcome. The MNA cried uncle and said they would no longer support union certification efforts at Beaumont.


Beaumont’s CRNAs were previously employed by the hospital, but they signed contracts to join NorthStar when the company took over on January 1. NorthStar agreed to pay Beaumont’s CRNAs slightly higher wages, but the increase was pretty much offset by a diminished benefits package. Beaumont CRNAs still earn less than their counterparts at Michigan Medicine and Henry Ford, which is said to treat its nurses and CRNAs “like royalty.”


Beaumont CRNAs insist that getting paid more isn’t their primary issue. They say with NorthStar in the mix, turnover has increased and its harder to recruit because it’s well known among healthcare workers in the Detroit-area that Beaumont’s management is more focused on profits than patient care, making it a terrible place to work.


That means the remaining CRNAs have to work longer hours to keep the surgery suites humming; it’s not unusual for a Beaumont Royal Oak CRNA to begin a 7 a.m. shift and then work into the evening.


Beaumont CRNAs are concerned about other safety issues, including having to rely on an iPhone app to call for help with emergencies that is cumbersome to log in to and often unreliable. The app replaced a mobile phone that simply required a 5-digit code. Emergency call delays of even seconds can mean the difference between life and death.


Beaumont CRNAs are also concerned about NorthStar’s use of temporary anesthesiologists and CRNAS brought in from other hospitals and agencies, whom they don’t feel are up to the caliber of their former colleagues.  Anesthesia at a hospital is very much a team effort, and Beaumont CRNAs until January worked with colleagues they knew and trusted.


Surprisingly, Beaumont CRNAs are somewhat sympathetic to NorthStar’s issues. Many suspect that Beaumont wasn’t transparent about the staffing required to support the hospital’s bustling surgical activity, and that NorthStar would never have signed its outsourcing agreement if it did.


NorthStar’s measures to date have only served to antagonize Beaumont CRNAs. After Deadline Detroit broke the news of a Beaumont patient dying undergoing a colonoscopy, NorthStar’s chief compliance officer Sandra Geary immediately sent out a communique to Beaumont’s anesthesiology providers warning that an investigation was underway to determine the “origin” of the story and that those responsible would face severe consequences.


Geary’s communique didn’t acknowledge the tragedy of the colonoscopy death or the trauma Beaumont’s anesthesiology providers were experiencing. Geary’s communique also didn’t include any immediate steps that were being taken to ensure another tragic accident didn’t occur. NorthStar has since imposed a measure prohibiting any of its temporary anesthesiologists, known as locums, from doing endoscopy procedures.


A couple of weeks ago representatives from the Troy-based union busting firm IRI Consultants began showing up in the CRNA lounges at Royal Oak and talked about the perils of unionization. In an audacious display of chutzpa, the consultants helped themselves to food sent in by anesthesiologists as part of a week-long celebration of CRNAs and their critical importance.


The CRNAs especially resented the intrusion of the union busters in the midst of the pandemic, needlessly exposing them and hospital workers and patients to increased Covid risk. One of the representatives was based in California, where some areas have an alarmingly high number of Covid cases.


Asked if Beaumont or NorthStar employed IRI, NorthStar spokeswoman Elizabeth Squire issued this statement: “As soon as we learned of (the CRNA’s unionization efforts) we sought expert help to understand the process, appropriately communicate with our employees, and understand their rights. Any business in our situation would do the same.”


Notably, Beaumont Royal Oak is in the district of Congressman Andy Levin, who was rumored to be a serious candidate to become Secretary of Labor in the Biden Administration. I reached out to Levin’s office to see if he was concerned about possible union busting intimidation at Beaumont, but never received an answer.